If you are “hunkered down” on coronavirus lockdown like we are here in Israel at the moment, or nervous, or just curious, we offer you this Israeli perspective on major pandemics.

In light of the present global outbreak and the attempts to stop it and find a vaccine, a short series on “Ten Great Plagues” was released by two Israelis:

These two Israelis have produced a fascinating and instructive series, and what follows is a summary, together with additional items we thought would interest you.

Find the answers to these questions and more in this series.

The Black Death and anti-Semitism

The fist pandemic we examine is in some ways the archetype, possibly the most extreme pandemic mankind has known. At least for Europe, the Great Anxiety, indeed the Great Horror always harkens back to the nightmare of the “Black Death,” simply called by some, “The Plague.”

This plague came to Europe in merchant ships from Asia through Crimea to Italy. Within just a few years during the middle of the 14th century, it killed between a quarter and a half of all Europeans. The bacterium called “Yersinia pestis” caused the black plague and spread through rats and fleas, as well as person-to-person infection. The most difficult stage of the disease was when it got into the blood, then reached the lungs and became contagious. The disease passed through the air, by sneezing and coughing. Improved hygiene caused black death to wane.

Black death created a fear that has not passed from the world to this day. Even centuries later, its horror is still engraved in our culture. It can be seen in the fear that the coronavirus threat awakens – the fear that we might be only one deadly mutation away from a new strain of disease liable to destroy our entire species.

In several places in Europe, but especially in Germany, Jews were blamed as having supposedly concocted the Black Death Plague from “Christians’ hearts, spiders, frogs, lizards, human flesh, and sacred hosts.” They were rumored to have poisoned wells with this concoction. Furious mobs murdered multiplied thousands of Jews, erasing many communities.

Why is the Spanish Flu called by this name? It began in 1918 immediately after the end of the First World War 1918. Someone might feel good in the morning, cough at noon and die in the evening.

It shook the whole world, but had precious little to do with Spain. This flu broke out at the end of World War I. Governments did not want to lower the morale of the surviving soldiers and therefore did not talk about there being an epidemic. Spain was the only country that did not censor this information. So the plague got the name “Spanish Flu.” 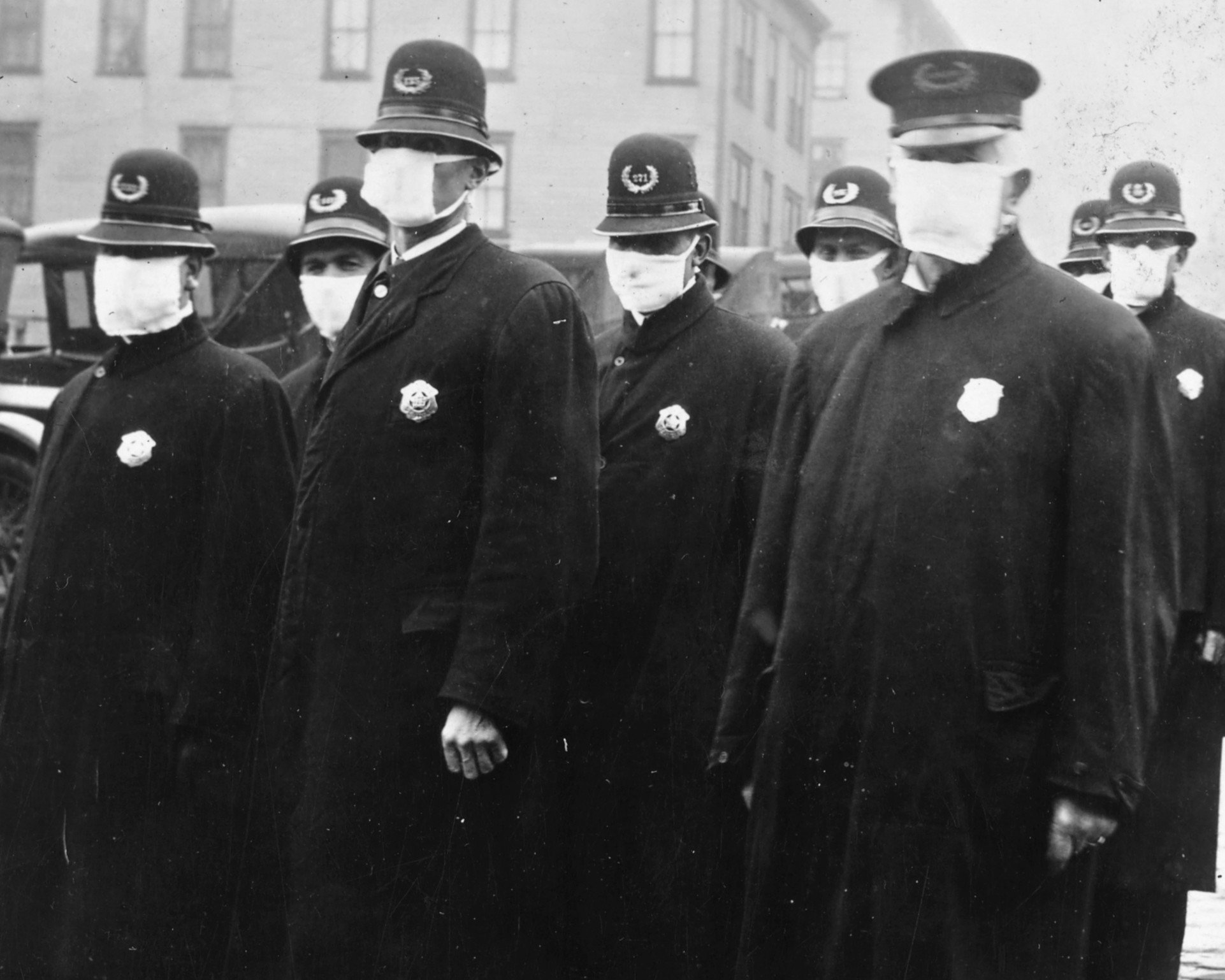 This highly contagious disease affects the respiratory tract and infected multiplied millions, including young people. The population after the First World War was very weakened. Thousands of wounded soldiers still crowded hospitals. The economy was in a slump; living conditions and nutrition were poor. All of these conditions caused the virus to spread.

If only penicillin had already been discovered at that time, mortality might have decreased. As it was the Spanish Flu caused tens of millions of deaths, and came just after multiplied millions had been killed in fighting.

People started saying we need to do good in the eyes of God, need to improve, to be more moral. In fact one of the things that pandemics tend to bring, along with a collapse of social order, is much more belief in God. It is no coincidence that in the 1920s culture people began to speak of “the end.”

Smallpox is not caused by a bacterium, but by a virus. The manifestation of the disease is unpleasant sores on the body. The disease spreads to the blood and lungs. It is a highly contagious disease, transmitted through coughing etc. Smallpox killed hundreds of millions.

How did cows help overcome smallpox? Cows suffer from a similar disease “cowpox” which is like smallpox of the cows caused by a similar virus. What caused this disease to stop spreading was a crucial finding by Edward Jenner in the late 1700s – an effective vaccination. Jenner learned that those who milked cows were immune to the smallpox virus. As a result of this insight Jenner developed a vaccine for smallpox. This amazing find helped him develop methods of ​​vaccination, one of the most ingenious and effective weapons in medicine. No medical intervention is more important. Thanks to the smallpox vaccine and international concerted efforts, the disease has been declared eradicated worldwide. The last case was in Sudan in 1979.

Throughout history, anti-Semites often accused the Jews of spreading Smallpox.

Cholera is associated with poor sanitation. Its symptoms are terrible diarrhea, loss of salts and fluids. The study of its epidemiology began with John Snow. There was an epidemic in London attributed to “bad air” and a host of other things. Snow began to investigate where the patients were located. Most of them were in a certain neighborhood. Later in the investigation, he realized that what all the patients had in common, was one well of water from which they drink.

Their drinking water was contaminated.

Snow physically broke the well so that the endangered neighborhood would be forced to stop drinking water from it. The number of patients decreased, and the modern study of epidemics made a great stride of progress. Snow was the first epidemiologist to overcome Cholera.

The Cholera vaccine is not so effective. Medications are not given because they can increase the toxin of the bacterium. What needs to be done is to prevent the outbreak of the plague. In all epidemics this is the key: trying to prevent them from breaking out.

The World Health Organization reports that 3 to 5 million still die yearly from Cholera worldwide. In recent years, outbreaks of cholera have been seen mainly during disasters, in Africa in civil wars; wherever there are disruptions in sanitation. As sanitation in Europe became more effective, cholera ceased there.

The State of Israel was well-acquainted with the polio epidemic. In the 1950s in Israel, almost every family had someone affected by polio. To this day I sometimes see people dragging their feet due to the disease.

Polio is a virus from the gastrointestinal virus family. Although many have died from the disease, it is mostly infamous due to partial paralysis it inflicts on many of its victims. It is a disease that causes severe neurological damage. Thanks to two American Jewish physicians new cases of polio in children have been eradicated in much of the world. Their names are Jonah Salk and Albert Sabin. Salk invented the first effective polio vaccine. Then Sabine developed an effective oral vaccine. Together these two scientific achievements have largely eliminated from the world. In the 1950s, when the disease broke out, people lined up to receive the vaccine.

Today there is no longer a polio epidemic. People are unaware of polio and its consequences. Now there are many voices claiming there is no need for vaccination. They have forgotten how much damage the disease caused.