Israelis like to numb the pain of the ongoing struggle for Jewish sovereignty in the Holy Land by calling it anything but what it really is, namely a war. Instead, they attach all kinds of labels to it, the most familiar being “intifada.”

Though in Arabic this word means “uprising” against Israel’s illegitimate rule over “Palestine,” or simply, war against Israel, Israelis were educated to believe that intifada means terror, in the abstract sense. So instead of talking about military campaigns against Israel, we say The First Intifada, The Second Intifada, the Knives Intifada, the Lone Wolf Intifada and so on, until the word has been eroded to mean just “violence,” against Jews that is, detached from any real context.

The next phase in this phenomenon occurred on April 12, when an Arab living in Jerusalem posted a troubling vide to TikTok. He no doubt thought it was really funny to slap an Orthodox Jew sitting on Jerusalem’s light rail. He was clearly amused by seeing Jews humiliated and just had to share it with the world. And he was not one bit afraid of the consequences, either.

By now Arabs know that Israel has grown accustomed to their “struggle for freedom.” Palestinians now have rights, including the right to insult Jews. Germans too thought it was funny and amusing to humiliate Jews. And indeed, those who slapped the face of the person seen in the video were caught, but were quickly released when the Jerusalem District Court found no cause for arrest. 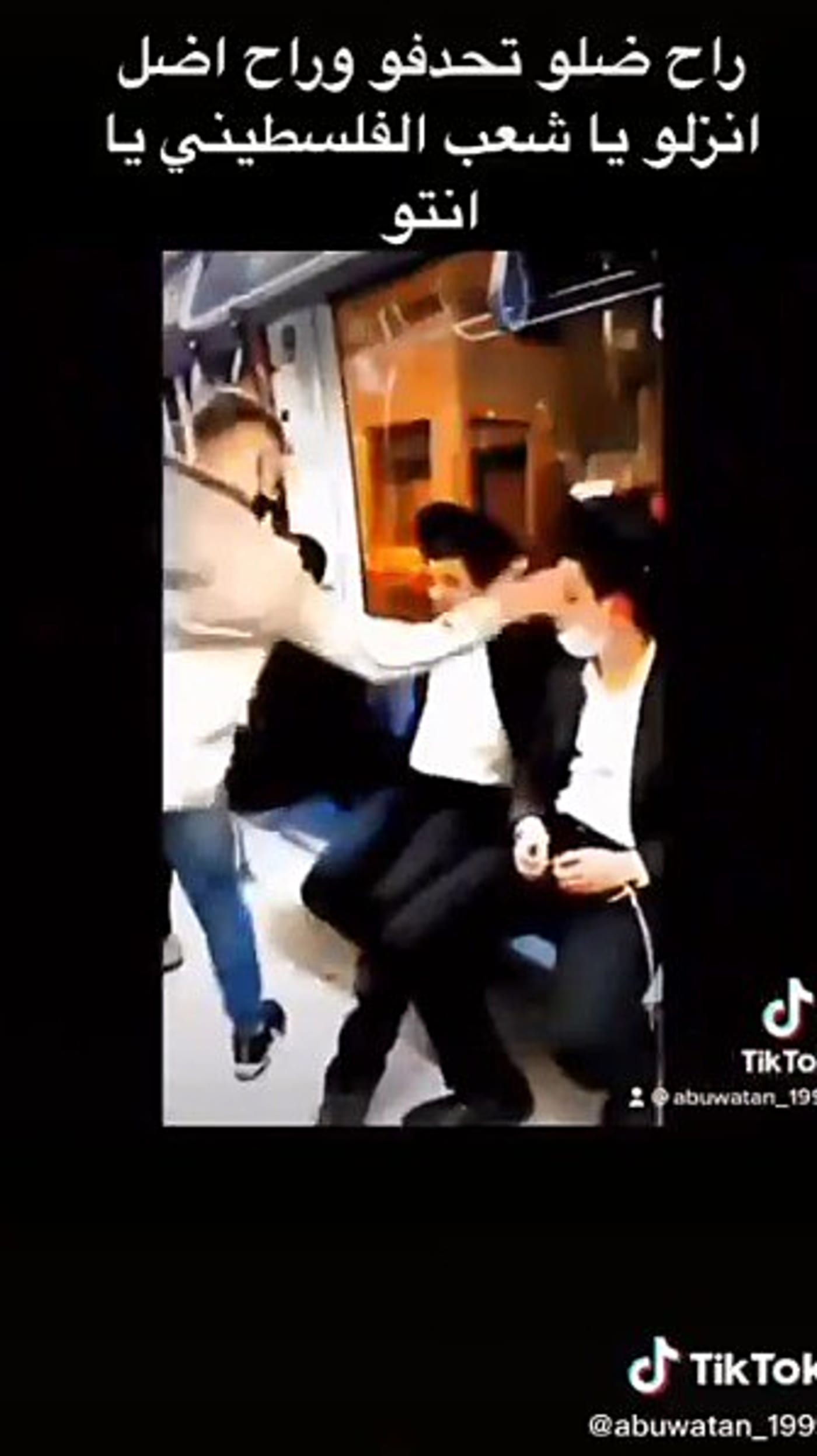 The Arabic reads: “Keep deleting and I’ll keep uploading. It’s either the Palestinian people or you.” TikTok had apparently removed the video several times for violating its terms. The message also shows that young Palestinians still see the conflict as a zero sum game.

Since then many more similar cases surfaced on TikTok, enough to merit the cute name “TikTok Intifada,” treated like a harmless mischievousness by Israeli authorities, including the police, and of course the judicial system. And it was only two days ago that Internal Security Minister Amir Ohana mentioned these incidents, but in the context of addressing the problem of “Arab violence” in Israel. Ohana’s statement that he had instructed the police to treat these incidents more harshly only shows that before now they didn’t think much of such assaults, and probably still wouldn’t if not for the social media buzz that lead to mainstream media reports and a public outcry.

Ohana’s announcement came only after two Arab residents of Jaffa were caught on camera beating and kicking Rabbi Eliyahu Mali, who is the head of Jaffa’s Shirat Moshe Yeshiva. Ohana seemed almost reluctant to address this new kind of violence, which can’t be called anything else but antisemitism. The reason for Ohana’s reluctance might be that, as some now suggest, the rabbi was beaten after inquiring about purchasing Arab-owned apartments. This is probably why even Netanyahu preferred to call it a “violent attack.” Some would call this type of response appeasement.

But others saw it for what it was, like Yemina party chief Naftali Bennett, who tweeted that “the State of Israel is not a shtetl in which Jews can be harmed.” Bennet rightly alluded to pre-WWII Europe, where Jews were not protected even in predominantly Jewish towns (shtetls). But contrary to Bennett’s view that calls this violence antisemitic, the Police, following the lead of Netanyahu and Ohana, prefer to refer to it in generic terms like “hate crimes,” or the trendier “race crimes.”

The beating of Rabbi Mali of all people is more than symbolic. It touches upon Israel’s reason for existence. It exposes the unpleasant fact that too many Israeli Arabs share the same dream of Yasser Arafat and his successor Mahmoud Abbas. Though Israelis, including Mali, praise the reality of coexistence, the fragility of this coexistence may speak for itself, that it is only possible so long as the shadow of the Israeli bayonet is still intimidating. When this shadow dissipates, when it appears that Israel is weak, Arabs feel free to harass Jews, which is but a mild form of terror.

And Israel’s weakness is played out in the political arena, which separates Israelis between those who sympathize with the Palestinians and those who don’t. In 2008, when Rabbi Mali first established the Yeshiva in Jaffa, the Left saw it as a provocation against the Arabs, and subsequently treated this yeshiva as a settlement and its students as settlers. This attitude toward Rabbi Mali and his students can mean only one thing, that the Left sees Jaffa as an occupied Palestinian city. When even Tel Aviv-Jaffa Mayor Ron Huldai resents Mali’s effort to “Judaize” Jaffa, coexistance tends to crumble under the slightest pressure, which is what we are now seeing.

Some now speak of Jaffa as a microcosm of Israel. If this is correct, then Israel must regain its senses, or it will return to the kind of violence that characterized Jewish-Arab relations during the British Mandate.