The arrest of an Israeli tourist couple in Turkey about a week ago sharpens the question of who is the president of Turkey, and what are his intentions toward Israel?

In September, before this incident, an Israeli woman was arrested in Turkey. The young woman went out to spend time with a Kurdish friend at a bar in Istanbul and was arrested along with her friend due to a brawl in which her friend became involved. The Israeli was arrested on suspicion of being a member of a Kurdish terrorist organization. It was clear to everyone that these were false accusations. The young woman did not even know about the Kurdish organization in question. She was eventually released and returned to Israel.

The latest arrest of the Israeli couple is just as strange as the above episode. Every day tourists photograph President Erdogan’s house from the same point where the Israeli couple was arrested for taking pictures. Why were they the only ones taken into custody and charged with no less than espionage? [The couple, Natali and Mordy Oknin, were returned to Israel on Thursday morning.] 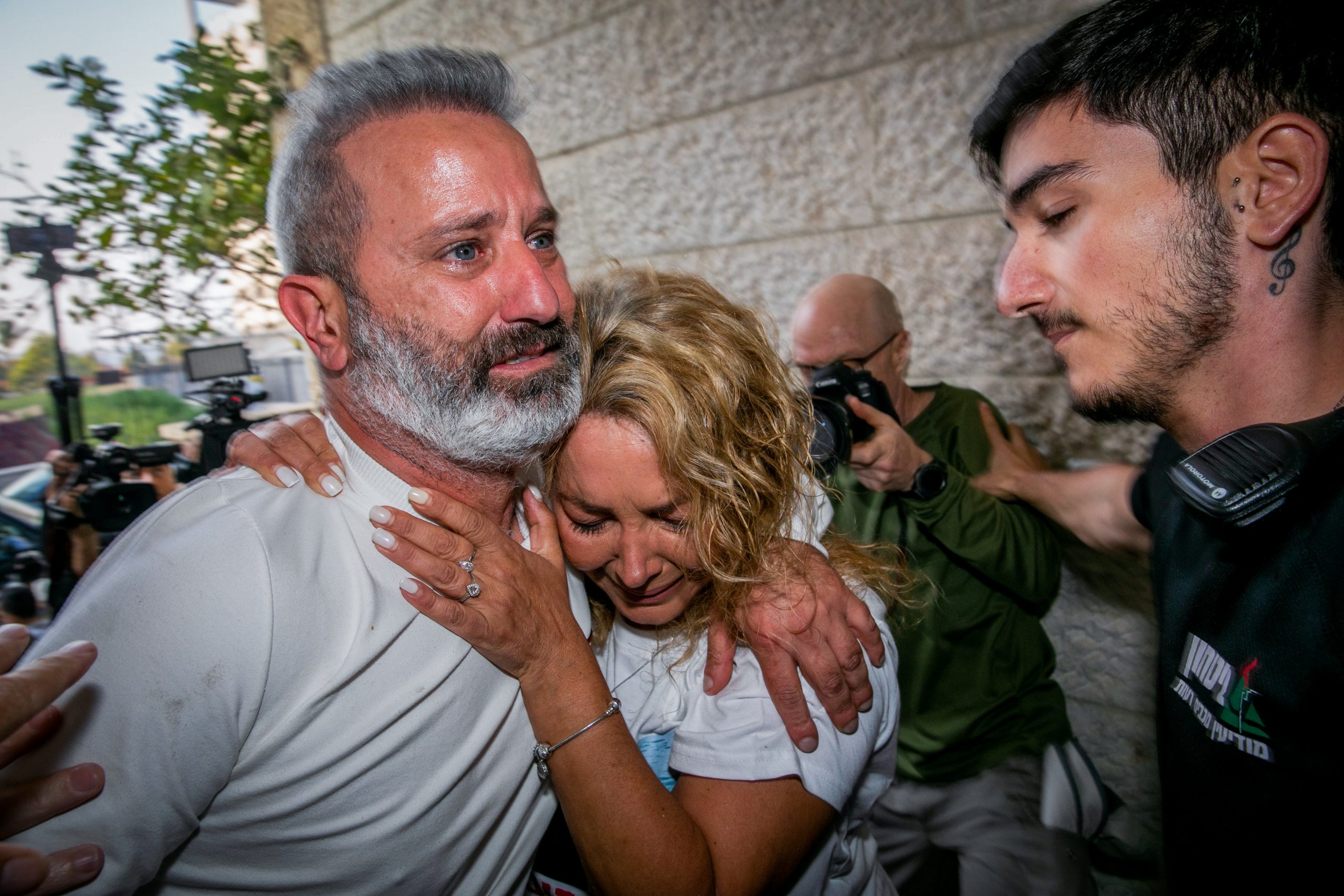 Mordy Oknin is embraced by family after he and his wife, Natali, returned to Israel on Thursday following a week in a Turkish prison.

Is the Turkish government afraid of Israeli tourists? Do they really fear Israelis to the point of paranoia regarding anything Israeli? Or do they just want to invent opportunities to slam Israel?

Less than a month ago, the Turkish authorities proudly reported the arrest of 15 supposed Mossad agents. They even posted pictures of the so-called Israeli spies. From their names it is clear they are not Jews. Officially, Israel was not moved by the arrest.

These recent incidents lead us to question what is happening in Turkey. Were these arrests intended to raise Turkey’s prestige in the Arab world, while portraying Erdogan as a fighter against Israel and the Zionists?

After all, if a survey were to be conducted among Arab countries asking who is the person most worthy to lead the Sunni Muslim world there is no doubt that Turkish President Recep Tayyip Erdogan would get the majority of votes. The popularity of the Turkish president in the Arab world is very high due in large part to his statements on behalf of Islam and in favor of Muslims – but also for his supporting the Palestinians and berating Israel. Erdogan is portrayed as a leader who defends the Palestinians and the Al-Aqsa Mosque. At every opportunity, he denounces Israel, especially in times of tension and war between Israel and Gaza.

The arrest of the Israeli couple and the alleged Mossad agents was just another opportunity for the Turkish president to prove to the Arab world that he is fighting against Israel, and to gain popularity points.

A few weeks ago, it was reported that Erdogan was courting Israel and wanted to meet with President Isaac Herzog. At least that’s what was announced in the Israeli media. Those familiar with Erdogan’s modus operandi can understand. At any given point in time he may act in different ways for his perceived interests – that is, his popularity on the Arab street, even if it means that one day he is for you and the next day against you. At this point, Erdogan is trying to take advantage of the arrest of the Israelis as another well-publicized opportunity for him to bash Israel. An event of this kind is expected to further increase his popularity – especially if Israel made concessions and paid a price for the release of the arrested couple.

Finally, a message to the Turkish authorities: