Yes, you read that correctly. What we’ve long been told is the most determined movement for national independence in the world today appears to be losing interest among those its meant to benefit–the Palestinian Arabs.

On Monday, the Palestinian Authority hosted a rally against Israel’s plan to annex the Jordan Valley in accordance with the terms of US President Donald Trump’s so-called “Deal of the Century.”

The event took place in Jericho, situated in the heart of the territory slated for annexation, and drew thousands of participants, including foreign delegations from the United Nations, the European Union, Russia and China.

The heavily publicized gathering was meant to counter, or even bury a growing number of media interviews revealing that many Palestinian Arabs (maybe even most?) would actually prefer to be annexed by Israel, provided the Jewish state furnish them with residency or citizenship.

The big crowds were supposed to show people that most Palestinians reject Israeli rule and remain passionately devoted to the quest for statehood.

But that notion was betrayed by the fact that one of the keynote speakers, UN Special Envoy to the Middle East Nikolay Mladenov, effectively resorted to begging the Palestinians to continue fighting for independence from Israel.

“People of Palestine, do not despair — do not give up, do not give up, never give up,” shouted Mladenov. “You’re not renting a house here, this is your home. You do not throw away the keys to something that you have been building for 25 years.” 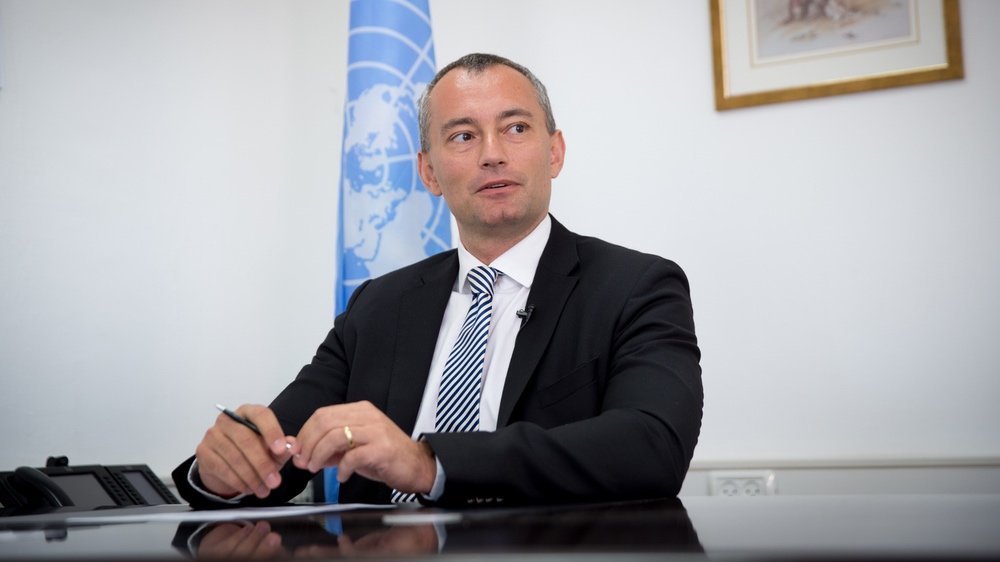 UN Special Envoy to the Middle East Nikolay Mladenov at his office in Jerusalem. (Miriam Alster/FLASH90)

It seems that the international community, and in particular Europe, care a lot more about a Palestinian state than the Palestinians themselves.