While mixed combat units (with male and female soldiers), such as the Caracal Infantry Battalion in southern Israel, used to be considered an exception, the situation has changed nowadays. The Israeli army has decided to significantly increase the number of women serving as combat soldiers.

One reason for this is simply the need for more combat soldiers. The average number of actual fighters in each IDF infantry platoon is 15 soldiers. Some companies (typically made up of 2-8 platoons) must be merged into others to field enough combatants. Some infantry battalions (made up of 2-6 companies) are lacking dozens of combat soldiers.

This deficiency is partly explained by the reduction in male compulsory military service from three years to two years and eight months. There simply aren’t as many male fighters serving for as long as they did in the past, thus increasing significantly the demand among the infantry companies for female combatants.

In fact, the number of female combatants fielded by the IDF has quadrupled in the last three years. And the army believes that trend will continue, despite the fact that female recruits must volunteer for combat duty, while Israeli males can be drafted into combat units without prior consent. More than that, female recruits must agree to extend their army service from just under two to nearly three years. But even that isn’t stopping them from signing up to fight. 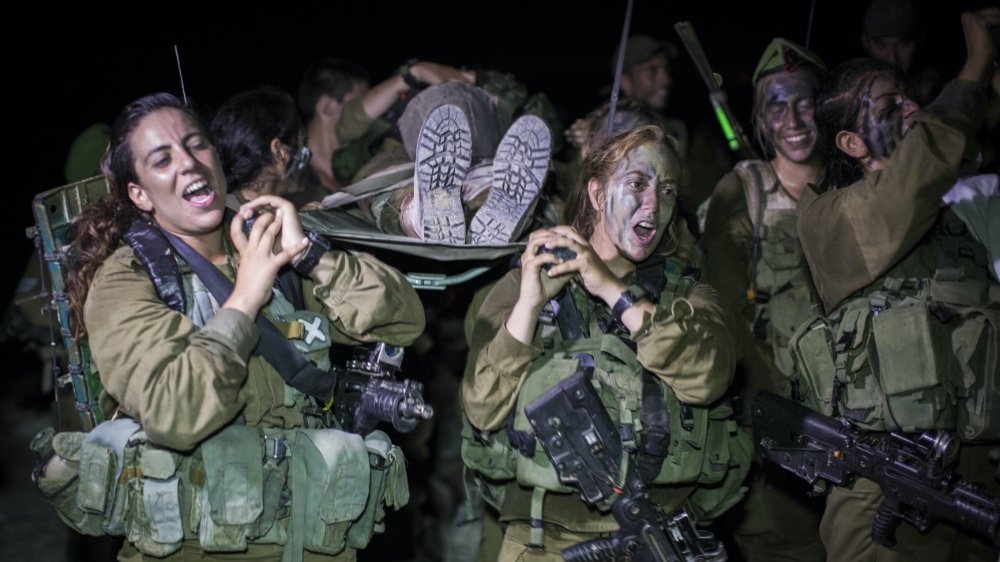 Female infantry from the Caracal battalion on a 16-kilometer march

According to the latest statistics, 65 percent of the Border Police are female. That’s an increase of 10 percent compared to previous years. This trend is also reflected in the Home Front Command, where female soldiers now make up 60 percent of the force.

There are still a few corners of the military that are closed to women, but female soldiers can today apply and compete for 90 percent of the positions in the IDF.