The next great sorrow to occur on Tisha B’Av was the destruction of the First Temple in 423 BCE. Jewish tradition stresses that this temple was destroyed by the Babylonians since the Jewish people committed murder, adultery and idolatry. During the destruction of the First Temple, 940,000 people were slaughtered by the Babylonians. Many others that had escaped the sword were taken prisoner and led into captivity in Babylon.

As the Prophet Jeremiah wrote in the Book of Lamentations: “With what shall I bear witness for you? To what can I compare you, O daughter of Jerusalem? To what can I liken you that I may comfort you, O maiden daughter of Zion? Your ruin is as vast as the sea; who can heal you?” According to Rashi, “In times of trouble, one finds comfort in hearing of others who experienced similar tribulations, but Israel’s suffering is beyond comparison.” 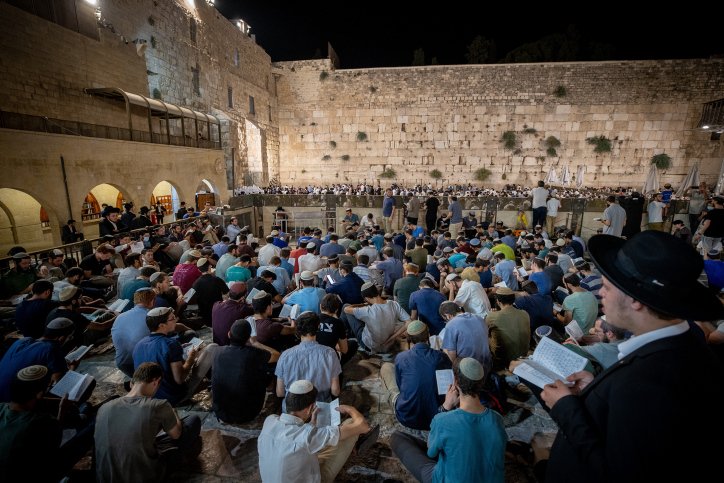 It was internal fighting and brotherly hatred that brought down Israel’s Temple.

Five centuries later, in 70 AD, the siege of Jerusalem began several weeks before Tisha B’Av. During this siege, the Jewish people were starving to death due to a famine that could have been totally prevented had the Zealots not destroyed the food storage supply amid in-fighting among the Jewish people. It was a dark period in history in which the Jewish people lacked unity, were divided by various factions, and did not care for the common good. The Talmud speaks of a woman who killed and ate her own baby.

According to the famous Jewish historian Josephus, “The roofs were filled with women and small children expiring from hunger, and the corpses of old men were piled in the streets. Youths swollen with hunger wandered like shadows in the marketplace until they collapsed. No one mourned the dead because hunger had deadened all feeling. Those who fell to the ground turned their eyes for the last time to the Holy Temple and beheld the defenders still fighting and holding out.”

Jews that tried to escape the siege were crucified; Josephus recalled that 5,000 Jews that were searching for food were thus killed by the Romans. In the end, on Tisha B’Av, the Second Temple was destroyed by the Romans.

The famous American archaeologist Eric Cline wrote in Jerusalem Besieged, “Dio Cassius says that fifty important outposts and 985 famous villages were burned to the ground during the Roman suppression of the Second Jewish Revolt.   Moreover, 580,000 Judean men were slain in the various raids and battles, and the number of those that perished by famine, disease and fire was past finding out.   Dio Cassius also says that the Romans sold so many Judean prisoners as slaves that the price of slaves in the Mediterranean area dropped drastically in the years following the suppression of the revolt: so many Judeans were carried off that almost the whole of Judea was made desolate.  […]  The emperor expelled all remaining Jews from Jerusalem and forbade them to ever live there again.   Jerusalem was renamed Aelia Capitolina, and Judea renamed Syria Palestina.   And so, the Diaspora of the Jews began.”

And it appears that Tisha B’Av this year is no exception to this tradition of bad things happening to the Jewish people on this date on the Hebrew calendar. On this difficult day, Israel’s Health Minister Nitzan Horwowitz just announced: “Of course, it is possible that there will be another lockdown. Everyone can understand that if there is a huge outbreak here, including serious morbidity.”

Furthermore, Israeli Prime Minister Naftali Bennett said the Pfizer vaccine is significantly weaker against the Delta variant than was hoped. Considering this, some are predicting that there can be another lockdown as soon as next Rosh Hashanah. After experiencing three lockdowns already, many Israelis are already struggling psychologically to continue wearing the mask indoors and cannot mentally handle another lockdown.

What lessons can Tisha B’Av teach us that can help us cope with this pandemic, the greatest disaster of our times?

Our tradition teaches that senseless hatred caused the destruction of the Second Temple. According to the famous story of Kamza and Bar Kamza, a Jewish citizen of Israel invited by accident his enemy Bar Kamza to a party instead of his friend Kamza. Instead of permitting Bar Kamza to remain at the party and pay for his food, the host rudely kicked him out as the great rabbis of Israel looked on and did nothing. Bar Kamza was so infuriated that he told the Romans that the Jews would not sacrifice an animal brought to them by non-Jews. In order to prove this point, he personally brought the Roman Caesar’s sacrifice to the Temple but created a defect in the animal, so he could not be sacrificed. This infuriated the Romans and led to the destruction of the Second Temple.

However, although senseless hatred was a major cause of the destruction of the Second Temple, it was not the only reason. Sivan Rahav Meir, the World-Mizrahi-Scholar-in-Residence, stated ahead of Tisha B’Av this year:

“Obviously, hating someone for nothing is awful and it can ruin a nation. It was one of the reasons Jerusalem was destroyed. But when you look at our holy sources and commentators, there are other reasons for the destruction of the Temple. The Temple was destroyed for schoolchildren were interrupted from studying Torah. Kids did not learn the basic elements of their heritage and tradition.” 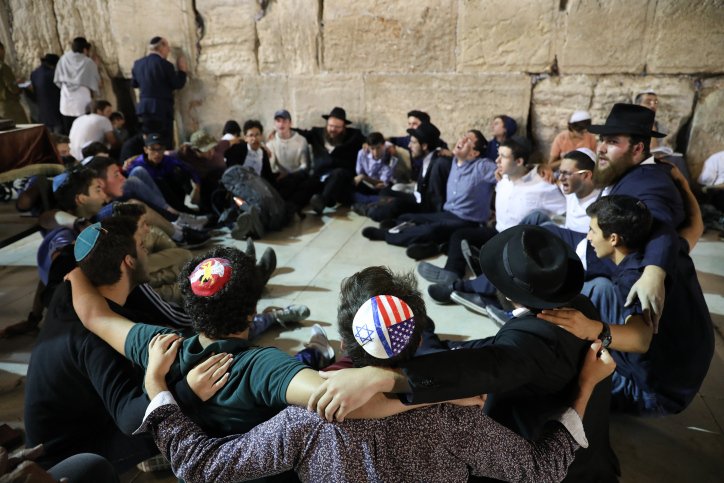 Lack of unity and faith education ruined Israel in the past. We must not allow it to happen again in our time.

Additionally, she noted: “Jerusalem was destroyed for people did not rebuke one another. Criticism is extremely hard. It is difficult to make people listen and change their ways. People today also do not want to listen. They just want to get likes and smileys. They do not want to hear criticism and correct what they did or what they wrote. We need to be a society where people will be able to criticize, and the other side will be able to listen and to even change things.”

According to Meir, “Jerusalem was destroyed for people did not recite the Shema Israel morning and evening. The basic beliefs and basic values, we should say them out loud, every morning and every evening. It is not just a vague concept. It needs to be part of our life when we wake up and when we lie down. It is like a compass for us, checking what we do during the day.”

She added that Jerusalem was destroyed for people did not keep the Shabbat in it: “Shabbat is a holy value, just like not hating for nothing. Shabbat needs to be kept in Jerusalem and all over the world. Jerusalem was destroyed also for they did not treat with dignity and respect the Torah scholars in it. On this day, we should discuss hatred for nothing and discuss how Jerusalem was rebuilt. But if we really want to move forward, we should learn the messages from the best to create a better future of redemption.”

In other words, we should learn the lessons that Tisha B’Av must teach us. We should learn to love one another and avoid senseless hatred like the plague. We should ensure that our children are educated about the Torah, pandemic, or no pandemic. We should learn to criticize and to accept criticism, hoping that the greater good will prevail over all society. We should all learn to pray morning and evening, each in his own way and to rest on one’s Sabbath. Furthermore, we should treat our leaders with the respect and dignity that they deserve. If we all make a concerted effort to do all of this, then let us hope that G-d will have mercy on us, this pandemic will soon be behind us and there will not be another lockdown.