Lenny Wolfe lives and works in this city and in the mysterious presence of its history. The 65-year-old is a long-time good friend of mine. He is a recognized antiquities dealer specializing in seals and amulets from early Jewish and Christian archaeological digs from the First and Second Temple periods.

In his everyday work, Lenny deals with Jews, Arabs, international collectors, museum representatives and university faculty. He says, “To enjoy antiques, one must have a deep knowledge and appreciation.”

He is a true professional who recognizes fakes immediately, an expert who can distinguish between real and counterfeit at a glance. His house resembles a historical archive, filled with ancient ceramics, coins, jars, oil lamps, amulets, columns and many other exciting archaeological finds.

Few know the archaeological world of Israel and the Middle East as well as Lenny Wolfe. Each time I sit with him, I learn something new from the rich history of the Land of Israel.

His fascinating collection includes oil lamps from the time of Abraham, as well as from the First and Second Temple periods, in addition to items from the Byzantine and later periods.

Incidentally, one of Lenny’s most important finds is the “Afghan Geniza,” the archive of the Jewish merchant Abu Nassar Ben Daniel, who lived on the Silk Road in Afghanistan, the ancient trade route between Asia and Europe. The manuscripts were written in a variety of languages ​​- Aramaic, Hebrew, Persian, Judeo-Arabic and Judeo-Persian. A treasure trove of knowledge about the Jewish community in Afghanistan a thousand years ago. About seven years ago, the National Library of Israel acquired this unique collection from Lenny. He had previously refused to sell it to private collectors, even though they offered him a much higher sum of money than the State of Israel. 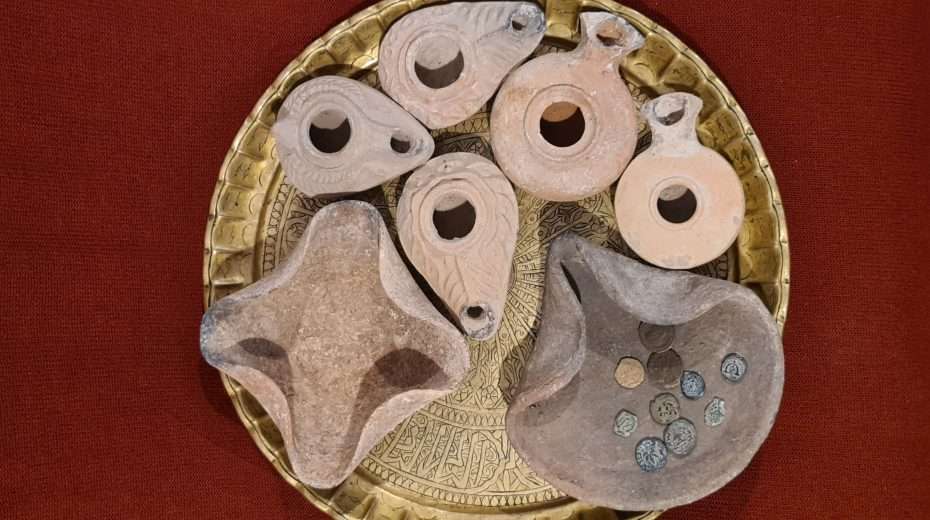 The collection includes around 250 manuscripts discovered in a cave in northern Afghanistan. A “geniza” is a temporary repository, usually in a synagogue or Jewish cemetery, for the storage of worn-out Hebrew-language religious texts prior to proper burial, since it is forbidden to discard any text that contains the name of God. “These writings belong to the Jewish people, the children of Israel,” Lenny told me.

He’s currently trying to rescue a Jewish treasure from a neighboring Arab country on behalf of the State of Israel, so to me Lenny is like a classic Indiana Jones.