(JNS) It turns out that most Americans have no idea what the controversy over the antisemitic BDS movement is about. That was one of the main takeaways from a new Pew Research Institute survey released this week that measured American attitudes towards both Israel and the Palestinians.

It may come as a surprise to the combatants in the battles over BDS that are unfolding on college campuses and elsewhere, but a whopping 84% of those polled by Pew said they had either heard “not much” or “nothing at all” about the topic. With just 15% saying that they knew “some” or “a lot” about the topic, it turns out that only 6% of Americans knew enough to say they opposed it while 5% supported a movement that engages in discrimination against Israelis and Jews.

Still, BDS has strong backing in the left-wing of the Democratic Party, which buys into intersectional ideology that analogizes the war on Israel’s existence to the struggle for civil rights in the United States. That faction and its charismatic leaders in the congressional “Squad” have influence far beyond their actual numbers in popular culture and over the broader progressive movement that has helped shape the policies of the administration of President Joe Biden. Seen from this perspective, the debate about BDS may be more significant than the numbers indicate, especially when one considers other findings in the Pew survey. 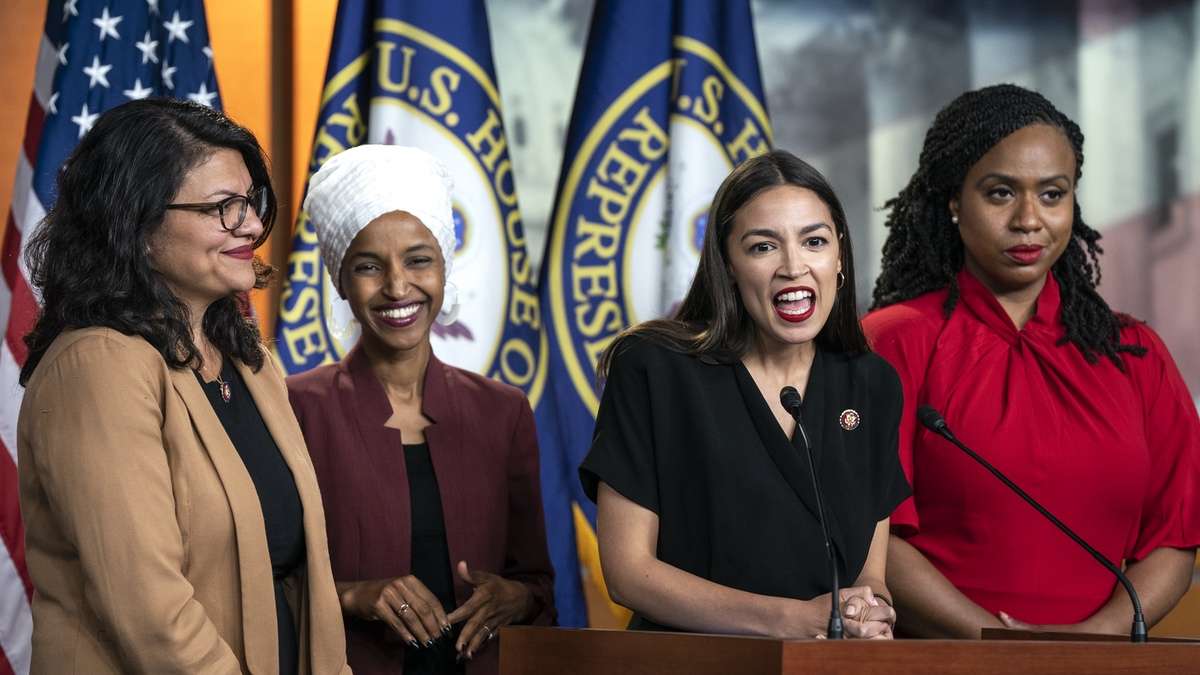 The ultra-progressive “Squad” have tainted the Democratic Party with their virulent hatred of Israel. Photo: EPA-EFE/Jim Lo Scalzo

The other data points of note in the poll consist of numbers indicating that while Israel remains broadly popular among Americans, there are two demographic groups where support is weak and growing weaker: young people and Democrats.

Pew shows that 67% of Americans have a favorable opinion of Israel and its people. Some 52% say the same about Palestinians. When the question shifts to views about the Israeli government and that of the Palestinians, the gap between the two is larger.

Pew’s question about the Palestinians was vague since there are currently two Palestinian governments—the Islamist terrorists of Hamas who rule the Gaza Strip as an independent state in all but name, and the corrupt and tyrannical Fatah Party that autonomously runs the Palestinian Authority in the West Bank. While 48% of Americans had favorable views of the politicians who democratically rule Israel, just 28%—although most may not have had any idea about what it was that they were endorsing—said they had a favorable opinion of the Palestinian government(s).

When one considers those most inclined to like Israel and to think ill of the Palestinians will be departing the stage in the next few decades while those whose views are more likely to be the opposite attain positions of influence and power, that’s a potential demographic catastrophe for the pro-Israel movement.

As decades of surveys from Gallup have illustrated, the partisan split on Israel is nothing new. Their tracking polls dating to the 1990s show that Republicans are far more likely to be strongly supportive of Israel than Democrats, although the decline among the latter has accelerated in the last decade. 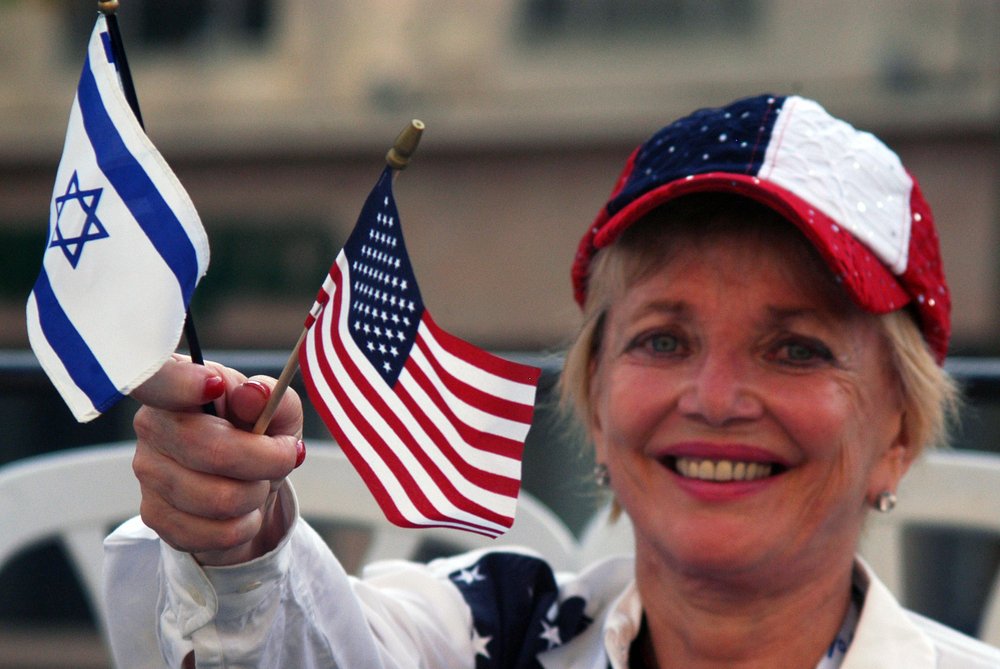 American support for Israel is at risk of becoming a one-party affair. Photo: ChameleonsEye/Shutterstock

Those Americans who grew up in the shadow of the Holocaust and Israel’s existential battles for survival in 1948, 1967 and 1973 are likely to sympathize with the Jewish state. Those who came of age in the last 40 years—when Israel has increasingly been falsely depicted as an oppressor of an “indigenous people” or even as an “apartheid state”—are more likely to think ill of it and view Palestinians as deserving of sympathy.

There are two questions to be asked about this. Why did it happen and what, if anything, is to be done about it?

As for blame, the Jewish left has a ready answer. They believe it is the fault of Israeli policies, the “occupation,” settlements, and, above all, former Prime Minister Benjamin Netanyahu. His public fights with former President Barack Obama over the peace process and the Iran nuclear deal did help exacerbate the partisan split.

Netanyahu’s positions were firmly backed by the majority of Israelis and were grounded in facts rather than wishful thinking about the Palestinians or Iran. But the open dispute allowed Democrats like Obama to exploit these debates and to make them a partisan litmus test rather than an expression of prejudice.

As Gallup’s numbers show, those trends were set in place long before Netanyahu and Obama were engaging in public quarrels. Moreover, Israel’s continued presence in the West Bank has everything to do with repeated Palestinian rejections of Israeli offers of statehood and peace, and little to do with the policies of right-wing governments. Since, to this day, both the Palestinian Authority and Hamas reject the legitimacy of a Jewish state no matter where its borders are drawn, the continued “occupation” is their fault—not Netanyahu or the coalition led by Naftali Bennett that includes an Arab party that succeeded him a year ago.

The failure of American media, mainstream politicians and the foreign-policy establishment to accept these facts as most Israelis have done is why so many have accepted the false narrative about Palestinian victimization that has impacted public opinion. 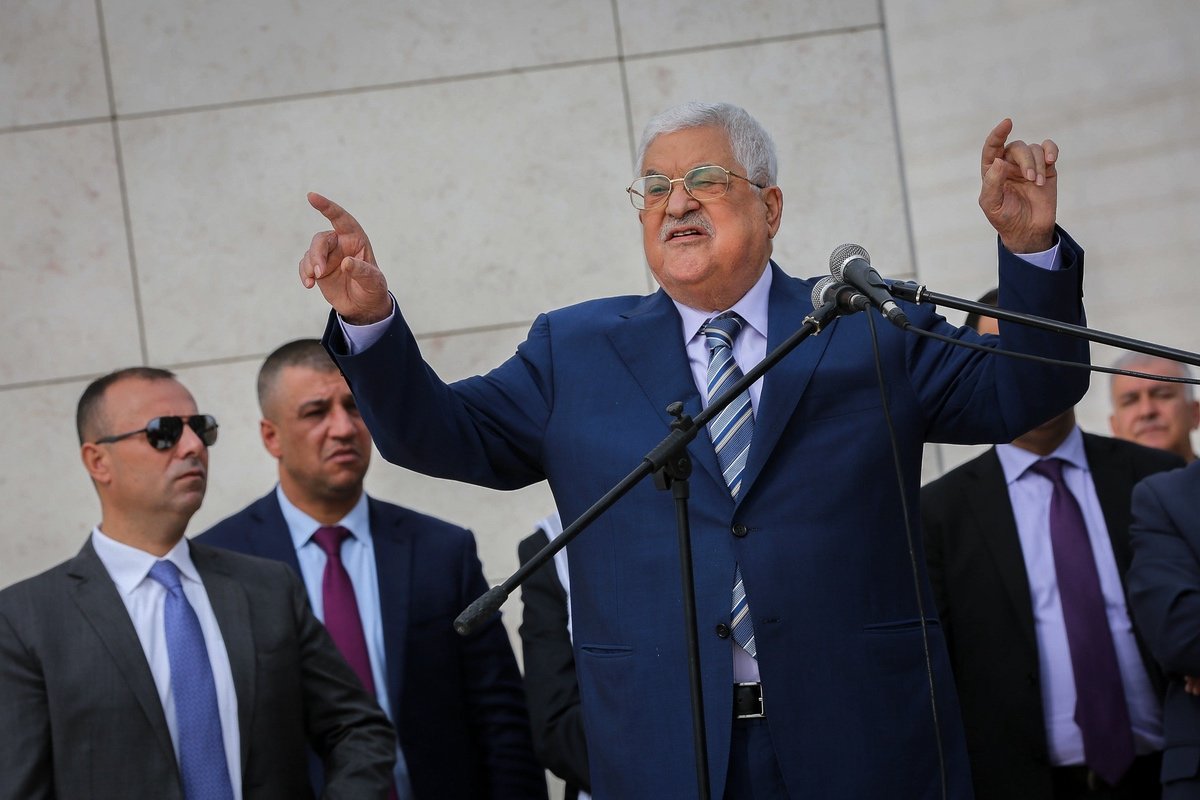 Israel’s polling problems can also be traced to the popularity of left-wing ideologies like critical race theory and intersectionality that have largely conquered college campuses and have now recently migrated to the public square. If you view Israelis and Jews as possessors of “white privilege”—though the majority of Jewish Israelis are people of color who trace their origins to former homes in the Middle East and North Africa—and think of Palestinian Arabs, rather than Jews as the indigenous people in the country, then you are likely to ignore the facts of the conflict or about the character of the movements that lead the Palestinians.

It’s hardly surprising that these views are to be found more among young Americans and Democrats than among older ones or Republicans.

As to what to do about it, the notion that policy shifts regarding the Palestinians or Iran will make Israel more popular is a myth. The idea was discredited by what happened after it embraced the Oslo process that involved territorial surrenders, as well as by the aftermath of the complete withdrawal of every Israeli soldier, settler or settlement from Gaza by Prime Minister Ariel Sharon in 2005.

Those efforts led to more terrorism and allowed the Palestinians to continue to dream of Israel’s destruction. Rather than illustrating Israel’s desire for peace or the Palestinian disinterest in it, it had the opposite effect. Each concession only strengthened the false narrative that Israel was a thief returning stolen property to the rightful owners and gave new life to an anti-Zionist movement whose goal is the elimination of the only Jewish state on the planet.

That demonstrates that what Israel needs is a more aggressive information policy grounded in arguments for Jewish rights and the truth about the nature of its opponents, not anodyne sentiments about a desire for peace or even attempts to distract the public from the conflict by talking about Israel’s beauty or the value of its high-tech industry.

Israel will never convince “progressives” that believe it has no right to exist anymore than Palestinians will persuade the 30% of Americans who told Pew that they believe God gave the Land of Israel to the Jewish people to forsake them. Instead, it must battle for those in the middle, pointing out that the toxic theories of the left are a permission slip for antisemitism and not advocacy for human rights. Any other approach will only ensure that the troubling trends among young people and Democrats will continue to get worse.