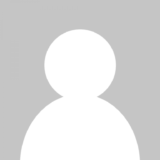 The country is excited. I was part of an official Israeli delegation and just returned from a very special trip to the United Arab Emirates, in which agreements for cooperation in different areas were drafted.

At exactly 11:51 a.m., the captain of an EL AL flight 971 from Tel Aviv to Abu Dhabi announced on the plane’s public address system:

“Right now we have crossed the border into Saudi Arabia. For the first time in history, an EL AL plane is flying over Saudi Arabia.”

At that moment many on the plane opened their window shades and saw a moving and surrealistic spectacle: the wing of an El Al plane with a Star of David on it, and beneath – the endless deserts of Saudi Arabia. The screens of the plane showed the historic route: Riyadh to the south. Abu Dhabi to the east. Manama, the capital of Bahrain in the northeast. Just reach out and touch them. Israelis over Saudi Arabia?! Admittedly at an altitude of 30,000 feet – but still this is…

Part 2 in a series on Athens or Jerusalem: Establishing the Spiritual Heritage of Jesus’ Followers

Are the biblical feasts just a “shadow” of Messiah’s fulfillment, or something more?

Lack of discipline, civil disobedience, inadequate leadership – it’s all come together in a second nationwide lockdown for Israel