The two terrorists, Ayham Kamamji and Munadel Enfayat, surrendered to special forces of the Israeli police, the internal intelligence and security service Shin Bet, as well as a special unit of the Israeli army, without a single bullet being fired.

Kamamji and Enfayat, two members of the Palestinian Islamic Jihad terror organization, were hiding out in a building in the eastern part of the Palestinian city of Jenin, and not, as was expected, in the large refugee camp in the city.

The house belongs to Abdel Rahman Abu Ja’afar, a clothing merchant whose brother Ehab was a leader of Fatah’s Al-Aqsa Brigades in Jenin during the so-called “Second Intifada” (also referred to as “The Oslo War”) that started in September 2000.

The other local commander of the Al-Aqsa Brigades, Zakaria Zubeidi, who was one of the other six Palestinian escapees serving a lifetime sentence in Gilboa Prison. He was recaptured by the police near Nazareth during the night of September 11.

The Israeli security forces, after receiving confirmation that Kamamji and Enfayat were indeed hiding in Ja’afar’s home, carried out a false flag operation in other parts of Jenin to confuse local Palestinian gunmen who had vowed to protect the escapees and to confront any Israeli force entering the city.

Hundreds of IDF soldiers engaged in battle with members of the various Palestinian terror groups in Jenin, while the special forces quickly encircled Ja’afar’s house in east Jenin, and demanded that the terrorists surrender without their weapons.

Kamamji and Enfayat then stepped out of the building and identified themselves by giving their ID numbers to the Israeli forces. They were, together with Ja’afar, arrested and taken out of Jenin while Palestinian gunmen on motorcycles shot at the convoy without hurting anyone.

After the spectacular Israeli operation, Palestinian residents of Jenin admitted that the recapture of the two terrorists showed Israel’s intelligence prowess and also said they were sure collaborators in the city had assisted the Israelis, just like what happened during the First and Second Intifadas.

Some of those collaborators were subsequently killed by Fatah-affiliated armed groups, and later by Hamas. 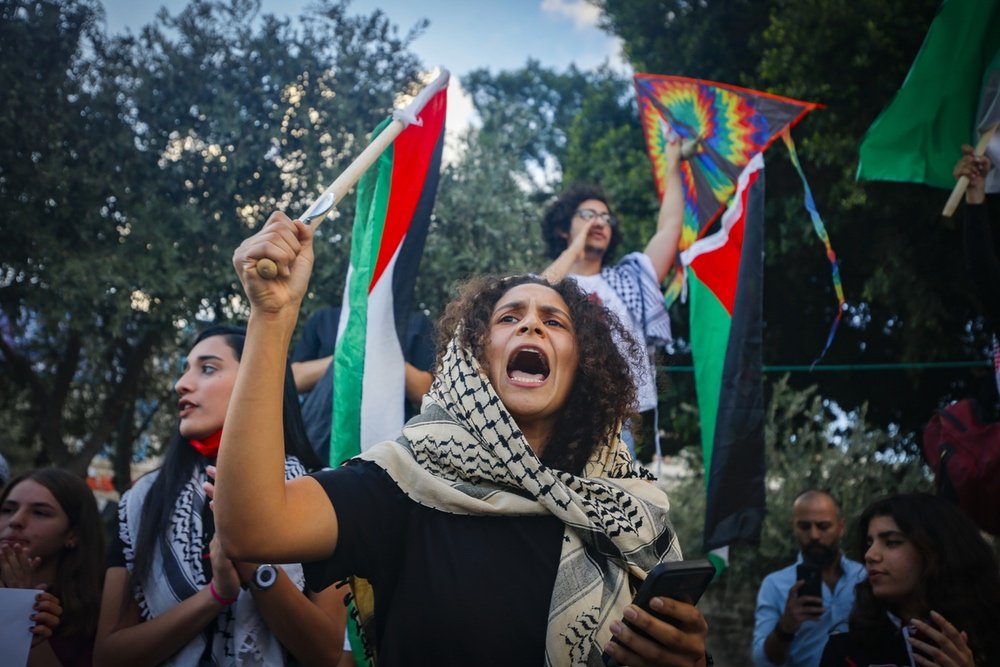 Palestinians were furious over the relatively quick recapture of the escaped terrorists.

Residents of Jenin harshly criticized the “war room” that was set up by the various terror groups in Jenin and whose leaders had warned that Israel “would pay a heavy price” if its security forces tried to enter the large refugee camp in the city.

One of the residents said that those threats had proven to be empty and accused the Palestinian Authority of collaboration with Israel in order to track down the two PIJ terrorists.

The truth is that the two escapees made a huge mistake by using their phones to contact relatives while staying in their hide-out.

The Shin Bet has the technology to track down people who use their smartphones, as was proven during the first waves of the COVID-19 crisis when the internal intelligence service got temporary permission to use this technology to check if people infected by the virus were remaining in quarantine.

But there’s more. The Flying Camel unit of the Israel Defense Forces (IDF) and Unit 9900 of the Israeli army assisted in the search for the fugitives.

In a statement released after the operation in Jenin, the IDF said Flying Camel and Unit 9900 flew some 9,900 missions since the jailbreak on the eve of the Jewish New Year (Rosh Hashanah).

The Israeli security forces also used two Beech 200 planes equipped with sophisticated sensors during the nighttime operation in eastern Jenin, and these planes were more than instrumental in the successful re-arrest of Kamamji and Enfayat.

Police Inspector-General Kobi Shabtai furthermore revealed that he and others like IDF Chief of Staff Lt. Gen. Aviv Kohavi had been mobilizing “many forces” and deployed “thousands of police, border police and volunteers” to carry out the operation and during the hunt for the fugitives.

“The entire security establishment will continue to act resolutely and aggressively for the security of the citizens of Israel,” Shabtai declared.

The re-arrest of the six Palestinian terrorists is seen as a huge blow for PIJ and also Hamas, which tried to stir up a third intifada in the days after the escape of the terrorists. 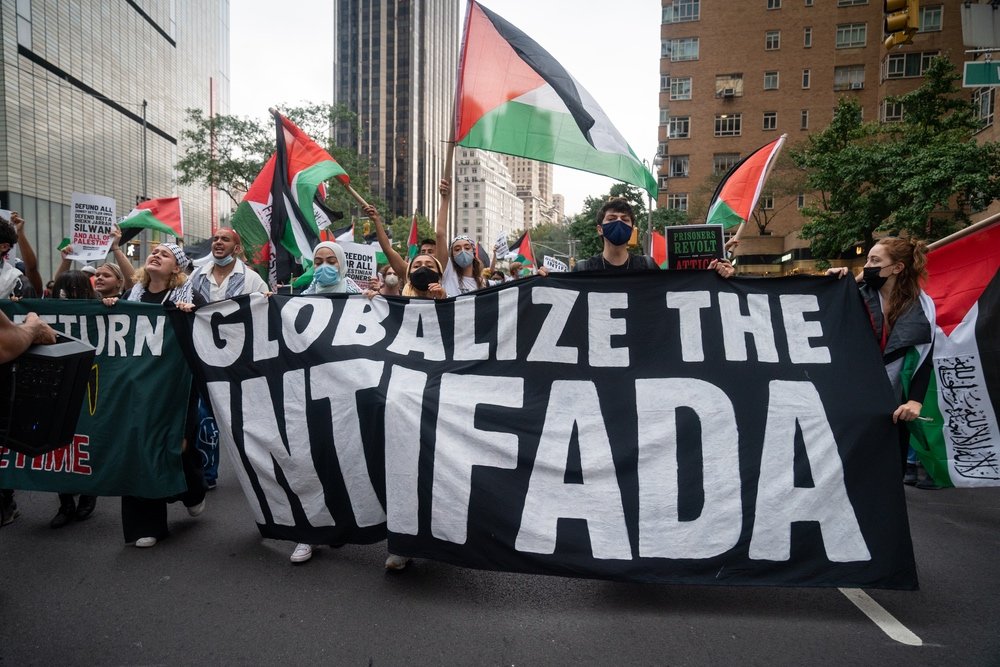 Pro-Palestinian activists had hoped the jailbreak would spark a third terrorist uprising against Israel. Anti-Israel demonstrators in New York.

The success of the operation is overshadowed, however, by the scores of failures within the Israel Prison Service (IPS) that led to the escape of the five PIJ terrorists and Al-Aqsa commander Zubeidi.

There are now calls for a state-led inquiry into the functioning if the IPS, and Public Security Minister Omer Bar Lev has promised to set up a commission that will investigate the jailbreak.

Others say that such an investigation should be widened to other issues that are connected to the Palestinian Arabs who illegally dwell in Israel.

Kamamji and Enfayat were apparently able to enter Jenin after they used one of the many holes in the security fence that Israel built during and after the Oslo War.