The Islamic State group (Daesh in Arabic, and commonly referred to as ISIS) has disappeared from headlines in the media, but that doesn’t mean the jihadist organization itself has vanished. Israel should be worried about one development in particular this week that occurred in Lebanon, where Daesh terrorists coming from Syria now try to entrench themselves.

Currently, the most powerful branch of ISIS is Wilayat Khorasan (Islamic State Pakistan, or ISP, in English), a branch that was founded in Pakistan and later expanded its activities to Afghanistan, where it now tries to terrorize the new Taliban regime.

This ISIS branch carried out attacks against the Taliban in Logar, Nangarhar and Kunar provinces over the past month.

From its side, the Taliban attacked ISP positions in the cities Kabul, Jalalabad and Kandahar.

In the capital of Kabul, Taliban forces killed an ISP suicide bomber on December 19 last year before the ‘martyr’ could blow himself up in front of the passport department, where a large crowd was waiting to obtain travel documents in order to flee Afghanistan.

The Taliban now announced it will establish “martyrdom brigades,” a force of suicide bombers that will be integrated into the Afghan army and will be used for “special operations,” Taliban spokesman Zabihullah Mujahid said.

Pakistan and the threat of nuclear jihadists

Wilayat Khorasan (ISP) is also trying to undermine the government in Pakistan by carrying out terror attacks, while the Taliban try to do the same.

The local Taliban branch Tehreek-i-Taliban Pakistan (TTP) renewed its violent activity after a month-long ceasefire agreement with the government expired on December 9, 2021.

The jihadist activity in Pakistan is extremely worrisome as the Muslim country has an arsenal of nuclear weapons.

A TTP or ISP takeover of Pakistan would be even more dangerous to the world than a nuclear-armed Iran, since the regime of Ayatollah Ali Khamenei is behaving more rationally than these jihadist groups.

Amidst the continuing chaos in Lebanon, ISIS is working to entrench itself in the country by bringing in terrorists from Syria and Iraq and by recruiting disgruntled young Lebanese.

A group of 65 Lebanese youth from Tripoli recently joined the ranks of ISIS, which has increased its terrorist activities in northern Lebanon and was involved in a shooting attack on a Lebanese army officer.

ISIS offers $1,500 to each of these young Lebanese and asks them in return to take part in terrorist activities in both Syria and Iraq.

The Lebanese newspaper Al-Akhbar reported last month that a significant amount of light and heavy weapons (RPG’s and mortars), as well as ammunition, had been smuggled into Lebanon by ISIS.

Israel in its sights

It must be stressed that the Quds Force of Iran’s Islamic Revolutionary Guard Corps is not the only actor in the Middle East that aims to destroy Israel.

ISIS also declared that the elimination of the Jewish state was one of its goals as its assassinated leader Abu Bakr al-Baghdadi stated when his Caliphate was still on the rise.

The jihadist group has already carried out a terror attack in Israel in June 2017, when a Palestinian terror cell in the Old City of Jerusalem launched a shooting attack against Israel Border Police officers, leading to the ambush and murder of officer Hadas Malka.

Some Arab media now warn that the presence of ISIS in Lebanon could turn into a new threat for Israel since it has promised to join the “march on al-Quds (Jerusalem).” 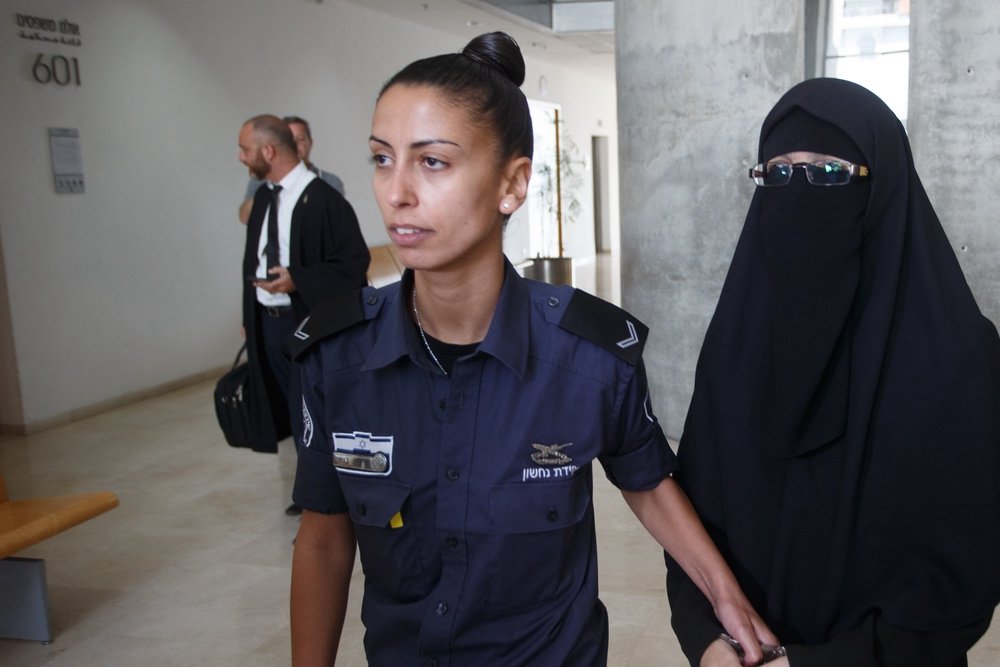 Israel has had to prosecute a number of Arab citizens for affiliation with ISIS. Photo: Basel Awidat/Flash90

After the US announced the end of its combat mission in Iraq on December 9 last year, ISIS immediately stepped up its terrorist activity in the war-torn country.

Following the disappearance of the Caliphate, ISIS is slowly regrouping in both Iraq and Syria, forming sleeper cells and waging guerrilla warfare (Harb al isabat) against Iraqi and Western troops.

Between January 2020 and September 2021, ISIS claimed an average of 90 operations per month in Iraq, which showed it continued to be a highly active and lethal force.

New ISIS leader Abu Ibrahim al-Qurashi has maintained a low profile, but is behind the switch to guerrilla warfare and the uptick in terrorist attacks ever since the US ended its combat mission last year.

Observers fear that the same thing will happen now as in 2011, when then-US President Barack Obama made good on his promise to pull out the US military completely from Iraq.

The retreat of the US army quickly led to the rise of ISIS, which was founded in 1999 by Jordanian jihadist Abu Musab al-Zarqawi when it pledged allegiance to Al-Qaeda.

Al-Zarqawi’s group participated in the first insurgency after the US invaded Iraq in 2003 and was the main force responsible for the destruction of the Iraqi city of Fallujah in the second offensive by the US-led coalition against al-Qaeda in November and December 2004.

The latest ISIS attack in Iraq took place on Thursday, when suicide bombers attacked soldiers in the city Abukamal on the Syrian border, killing 8 Iraqi soldiers and wounding scores of others.

In Syria too ISIS remains a force to be reckoned with.

The Assad regime tries to reduce the danger posed by ISIS by expelling its members and their families to Iraq, and by requesting Russian airstrikes on positions of the Jihadist organization in eastern Syria.

Assad decided to expel the ISIS members to Iraq after a series of murders in the notorious Al-Hol refugee camp that is home to many families affiliated with the group and that saw at least 90 murders executed by ISIS jihadists last year.

The latest murder on a Syrian paramedic who worked for the Kurdish Red Crescent in Al-Hol most likely triggered the decision to expel 110 ISIS families from the camp.

On Thursday, the Russian air force killed 11 ISIS jihadists and wounded 20 others in the east Syrian desert while they were on their way to attack the city of Deir Ezzur.

In 2021 alone ISIS launched 342 terror attacks in Syria, killing 228 civilians and 135 Syrian soldiers and other security personnel. Among the casualties were also members of the Kurdish-led Syrian Democratic Forces.

The increase in the activities of ISIS in both Syria and Iraq at the end of 2021 was foreseen by the Pentagon, which published a report on ISIS in September of last year.

The report said that after a decrease of activities in the months leading up to September, ISIS would most likely “increase activity in the coming quarter after a period of recovery and recuperation.”

This all shows that the war against ISIS is far from over, and therefore the decision to end the combat mission against the jihadists in Iraq seems to be premature.