The Palestinian violence against Israel that began in March is now focused on the Temple Mount in Jerusalem and has threatened to spiral out of control. It has become clear that this new violence at the holiest place in Judaism was organized and financed, and that a propaganda war is being waged against Israel to stir up the tensions.

The Temple Mount in Jerusalem has become the center of the current wave of Palestinian violence plaguing Israel.

During Friday prayers on April 15, as thousands of Muslims flocked to the square where the Al-Aqsa Mosque and the Dome of the Rock now stand, large-scale riots broke out.

Palestinian Arabs had demolished parts of the pavement in the square and had broken the stones.

Israeli police forces were subsequently attacked from within the mosque with stones, Molotov cocktails and fireworks.

Jews who came to the Western Wall below had to take cover, after which the police intervened. Agents of the Border Police and the regular police entered the Al-Aqsa Mosque and fought with the Muslims present.

Some 150 Palestinian Arabs were injured in the clashes, while the police arrested 470 others.

By midday, the police managed to partially restore calm and the 50,000 Muslims who attended the afternoon prayers stopped using violence. 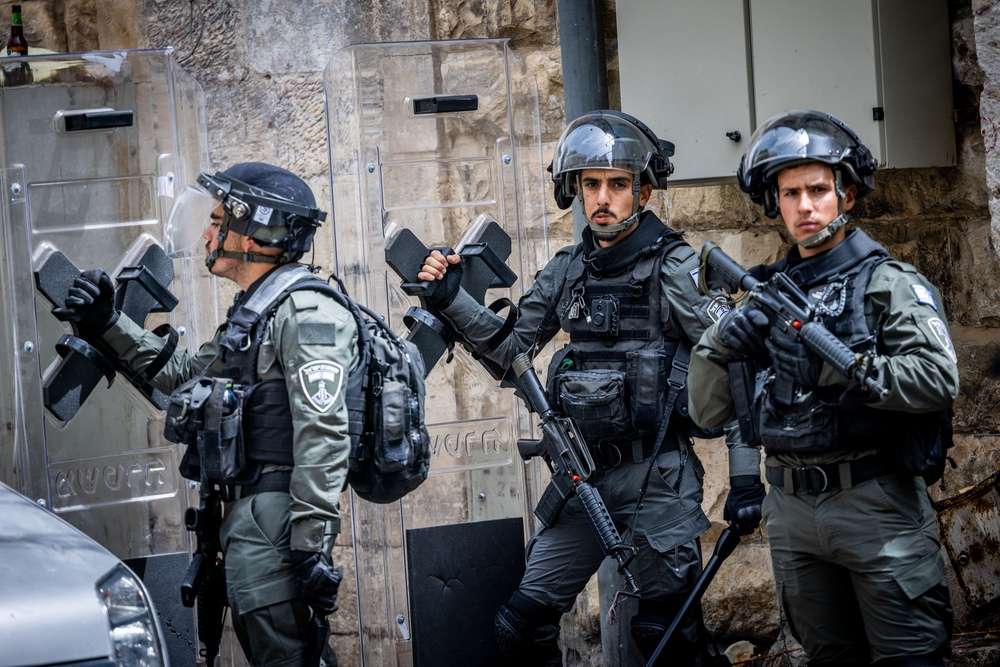 “Our nation will rise up and come to the aid of the Al-Aqsa Mosque and its pilgrims. Just as they won all battles against this regime, the occupiers will also be defeated in this battle,” claimed Hamas spokesman Fawzi Barhoum.

Hamas sees itself as the patron of the Al-Aqsa Mosque and Haram al Sharif, the Temple Mount.

The terror organization had already launched a campaign of incitement before the start of Passover, the Jewish festival that began on Friday evening last week.

This happened after a fringe Jewish group called upon Jews to come en masse to the Temple Mount during Passover.

The organization promised a monetary reward for anyone ascending the Temple Mount.

Whoever managed to take a sheep to the mount and sacrifice it there could look forward to a reward of 10,000 shekels ($3,200), the group promised.

See: “The Time Has Come to Sacrifice the Passover Lamb on the Temple Mount!”

Israel Prime Minister Naftali Bennett later issued a statement calling for tolerance and respect for each of the three major religions in Jerusalem.

He also guaranteed a safe visit to the Temple Mount for every pilgrim regardless of religion. 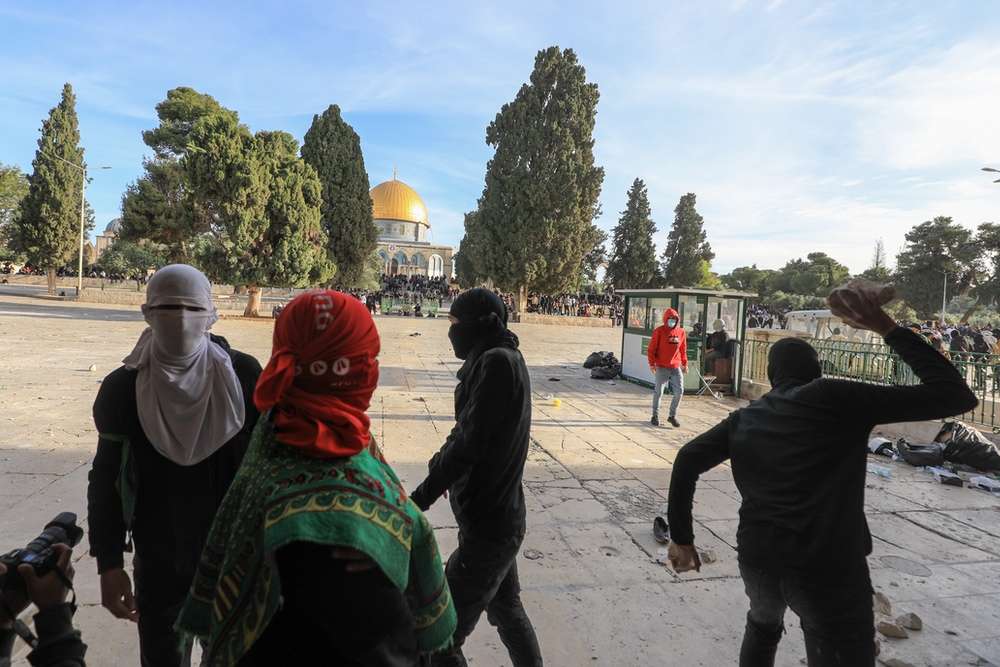 Rioters or worshippers? Palestinians claimed they were responding to a plot by a small fringe Jewish group. But Israel was never going to allow these Jews to sacrifice a lamb on the Temple Mount. Photo: Jamal Awad/Flash90

But Bennett’s statement was unacceptable to the Palestinian leadership, which participated in the ensuing campaign of incitement against Israel.

The disinformation campaign portrayed Israel as an “aggressor,” while it also was falsely claimed that Israel was making a new attempt to change the status quo on the Temple Mount.

After Palestinian violence continued on the Temple Mount through Sunday and Monday of last week, Bennett ordered the Israeli security forces do everything in their power to put an end to the unrest.

Third parties then also started to get involved in the conflict and issued condemnations over “Israeli violence” and an alleged “change of the Israeli policy towards the Al-Aqsa Mosque.”

The Turkish dictator also promised Abbas that Turkey would always stand on the side of the Palestinians.

Erdogan’s words indicated that his recent overtures to Israel were futile and had no value whatsoever.

King Abdullah II of Jordan also got involved in the conflict and ordered his government to obtain regional and international support for more pressure on Israel.

Jordan’s foreign ministry then released a statement saying that “Israel’s move to change the status quo on Haram Sharif was a dangerous escalation.”

The ministry blamed Israel for the violence and said the Israeli government bears full responsibility for this escalation.

“The Israeli police have no right to organize visits by non-Muslims to Haram al-Sharif. Only the Waqf, the Islamic custodian of Haram al-Sharif can do that,” the Jordanian Foreign Ministry claimed. Jordan’s Foreign Minister later gave a fierce anti-Israel speech in the country’s parliament and the Israeli ambassador to Jordan was summoned for a dressing down.

PA leader Mahmoud Abbas, meanwhile, called upon the US government to intervene and break its silence in the face of “the aggression that threatens to set the whole region on fire.”

“The international community must intervene immediately to protect the Palestinian people,” Abbas demanded.

The unrest in Jerusalem also led to an emergency session of the United Nations Security Council, but the UN body refrained from condemning Israel after watching video images of rock-throwing and other Palestinian violence that were sent to the 15 members of the council by the Israeli delegation to the UN. 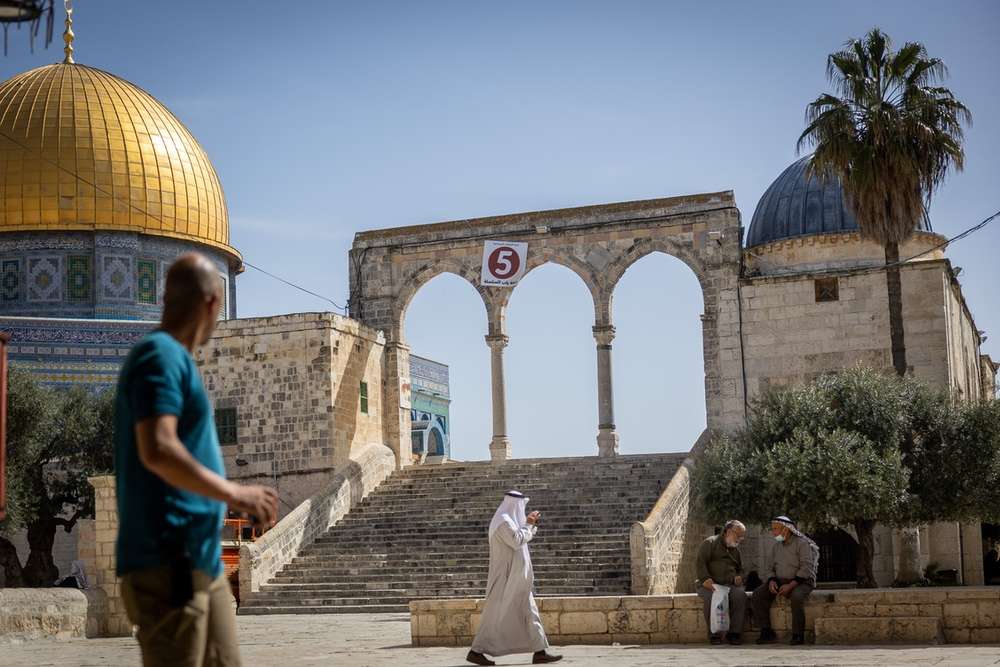 Hamas and the Palestinian Authority are eager to regain world attention by igniting the powder keg that is the Temple Mount. But this time at least, the UN Security Council seems to have understood who was really to blame for the escalation. Photo: Yonatan Sindel/Flash90

It has now also been established that the acts of violence that started last Friday on the eve of Passover were organized.

He brought hundreds of young Palestinian Arabs to the Al-Aqsa Mosque and ordered them to prepare for a confrontation with the Israeli police.

The group of youths came from Arab Jerusalem and also included Hamas members.

With megaphones, other Muslims were called upon by the group to help “protect” Al-Aqsa amid the emerging confrontation with Israeli security forces.

Calling itself the “Al Aqsa gang,” the group also praised through the megaphones “the resistance of Hamas and Palestinian Islamic Jihad” and called upon the two terror groups to start another war with Israel.

The gang received funding from the PA and Turkey to prepare for the battle over the Temple Mount.

Hamas is now trying to further stir tensions by launching rockets at southern Israel and using surface-to-air missiles against Israeli warplanes that conducted retaliatory strikes in the Gaza Strip.

It remains to be seen, however, if the current escalation will lead to a new war between the Palestinian terror groups in Gaza and the Israel Defense Forces.

Hamas has been careful not to launch salvos of missiles or to organize violence along the border with Israel in Gaza.

The group is still reeling from the 11-day war in May 2021 and is busy rebuilding its military infrastructure as well as rehabilitating civilian areas in Gaza.