All of Israel rejoices with Jonny the bus driver, who thanks Jew’s

All of Israel on Monday rejoiced with Jonny the bus driver as he was released from the hospital following a month-long battle with the coronavirus.

The 38-year-old Arab from East Jerusalem was one of the first Israelis to become seriously ill after contracting COVID-19. He was soon after put on a ventilator and placed in a medically-induced coma at the Baruch Padeh Medical Center in the Galilee town of Poriyah.

He had been infected back in February while driving a group of Greek Christian pilgrims around the country.

“I am happy to inform everyone that the first person to be classified in serious condition from the coronavirus [in Israel] can today safely drive himself home,” said Dr. Moshe Matan, head of the hospital’s Intensive Care Unit. “Jonny leaves us with a smile after two weeks during which he was in mortal danger.” 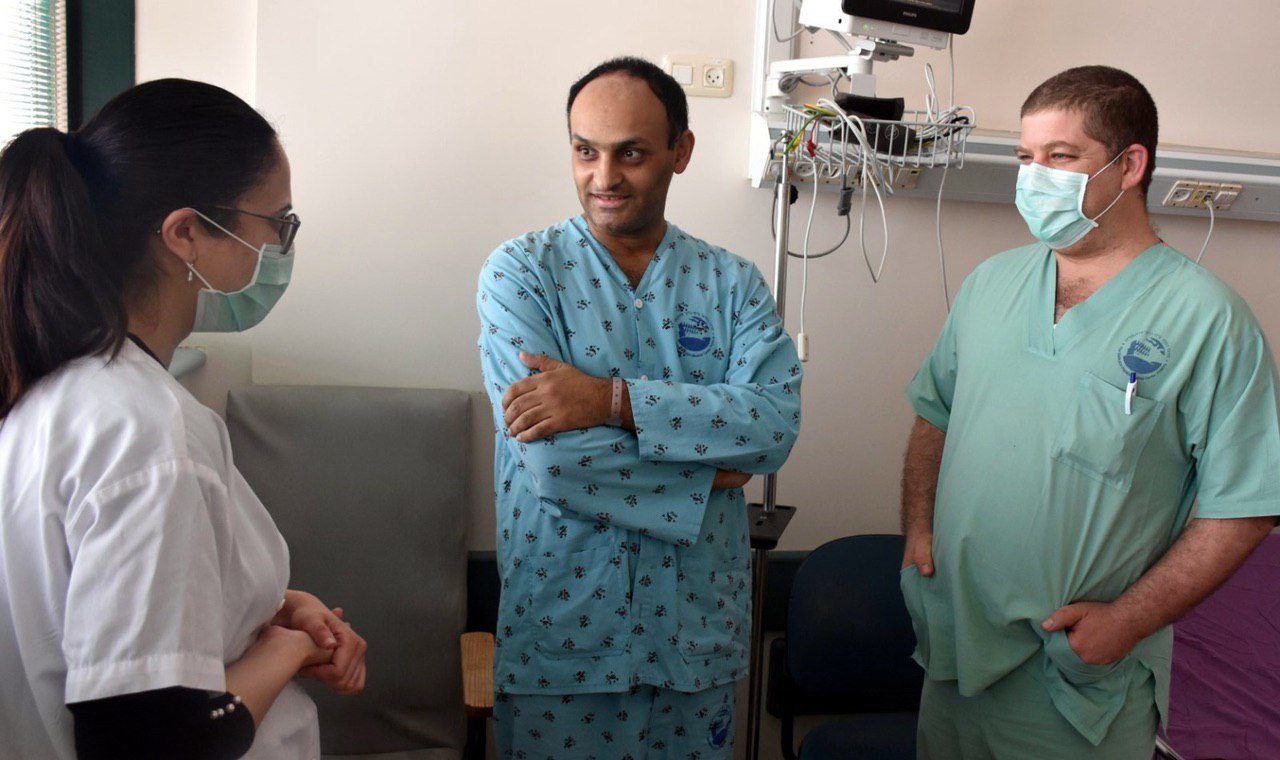 Jonny visits with hospital staff before his discharge.

Speaking to reporters, Jonny recalled what it was like when Dr. Matan woke him up: “I was connected to all sorts of hoses. I could not speak but remember hearing a voice asking me where I was. I thought I’d been out for only a few hours, not for more than a week.”

Jonny thanked the Israeli doctors and emphasized that they had saved his life: “Thanks to you, I am on my feet again today. I want to tell everyone how much I appreciate their [the Israelis] help. I feel born again. I now look forward to going home and seeing my family.”

Jonny is a husband and father of three, a 10-year-old daughter and two boys, aged 2 and 10 months.

Israeli hospitals have long been an example of coexistence as Jewish and Arab doctors and nurses treat both Jewish and Arab patients without respect to race or religion, and as if there were no conflict in our region.