On Passover Eve last Friday we read through the Haggadah, one of the highlights of which is when everyone dips their fingers into a glass of wine 10 times to commemorate the 10 plagues God visited upon Egypt.

In a world increasingly skeptical of the divine, experts have long been trying to explain away the more miraculous aspects of the Bible as common natural occurrences, if not outright fairytales.

Others of a more religious bent have noted that God’s more large-scale miracles typically made use of natural phenomena. So even if scientific explanations can be found, the miracle is in God manipulating His creation precisely when and how He needed in order to accomplish His will.

See related: The Relevance of Passover to Our Contemporary Society

These are topics that continue to spark debate and discussion in Israel, just as they have for 3,000 years. So much so that even the Jewish state’s mainstream media regularly covers such stories.

This week the major online news portal N12 spoke to a local Israeli expert to get his take on the theories other scientists have posited regarding what caused the plagues that brought mighty Egypt low and facilitated the exodus of the Children of Israel. 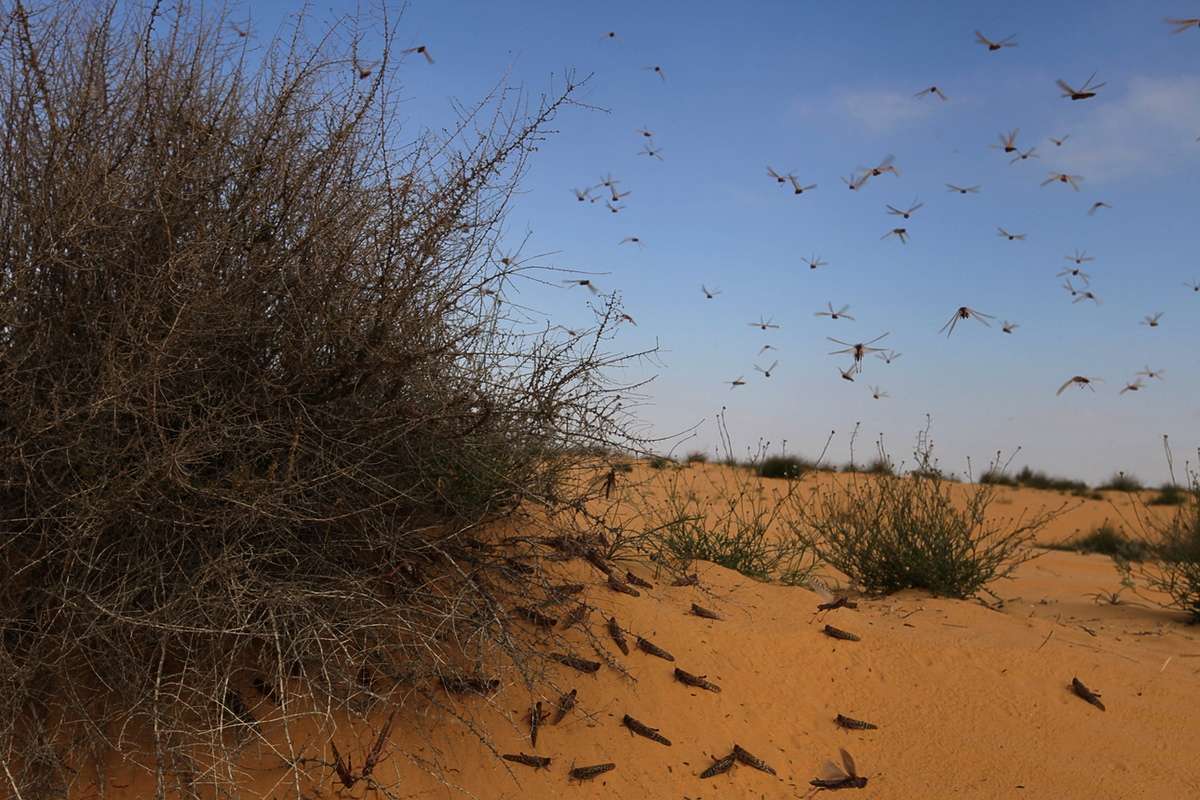 Locust swarm in southern Israel, not unlike the one that damaged ancient Egypt’s agriculture at the time of the Exodus. Photo: Flash90

Around 1600 BC the volcano of Santorini in the eastern Mediterranean experienced a major eruption. This is a fact that is well known and actively studied by Israeli researchers.

This occurred right around the time of the Exodus events, and many of those same researchers say it must have had some impact on what was happening in Egypt.

Italian molecular biologist Siro Trevisanato, author of The Plagues of Egypt: Archaeology, History and Science Look at the Bible, goes even further, asserting that the Santorini eruption can explain most, if not all of the biblical plagues.

Included in that volcanic ash would have been the mineral cinnabar, which can turn a river blood-red, Trevisanato states.

From there a series of consequences of the volcanic ash cloud would have wreaked havoc on Egypt.

Acid rain would have caused skin sores (boils) and contaminated the grass, resulting in the mass death of livestock. Frogs would have left the increasingly-acidic Nile in search of fresh water. And the absence of the frogs would have facilitated an explosion in the insect populations, fueled further by the increasing humidity.

And as for the plague of darkness, if the ash cloud was dense enough, it would have resulted in a deep and debilitating darkness, as the Bible explains (Exodus 10:21-23)

Trevisanato maintains that surviving ancient Egyptian medical records from the time support all of this happening around the same time.

Other similar theories cite red algae as the cause of the Nile turning red and then further devastating local ecology. Some even play on more modern concerns by blaming climate change.

But does it really matter? Is the biblical message in any way negated if scientific explanations can be found for the things that happened in Egypt?

Prof. Yuval Gadot, head of the Department of Judaism and Archeology at Tel Aviv University, says the answer is no.

“I don’t necessarily see these as historical events,” Prof. Gadot told N12, arguing that the importance of the events described in the Bible isn’t in whether or not they really happened, but rather in the impact they have had on the “collective memory of the people of Israel.”

He stressed that trying to fit biblical stories into accepted scientific models misses the point.

“There have always been pandemics, earthquakes, and a variety of natural events, just as there continue to be today,” he noted. “These natural events may or may not have impacted the story. Regardless, the meaning of the story remains as captivating as ever.”