The Lebanese people elected their 128 members of parliament two weeks ago.

Only 41% (close to 1.5 million Lebanese) participated in the democratic process in Lebanon and cast their votes in the election. There are 3.7 million eligible voters registered in Lebanon and about 226,000 registered abroad. For comparison, 49% voted in the previous election four years ago in 2018.

The thing that stands out as a result of these elections is the decrease in the power of the Hezbollah camp by 10 seats from 71 to 61. The Hezbollah camp includes the Shiite parties and the party of President Michel Aoun, the “CPL.” In addition, 13 new independent members unaffiliated with any particular party were elected to the parliament. The low turnout in the election and the rise of the independent politicians testify to the disgust of the Lebanese with their political system.

In any case, the weakening of Hezbollah is significant: this camp has lost the parliamentary majority, that is, it has fallen below 65 seats. Now this camp cannot alone decide who will be the next Prime Minister, which the government must appoint soon. And more importantly, Hezbollah-affiliated parliamentarians cannot alone impose their choice of the next President of the Republic this coming October [six years after the beginning of Michel Aoun’s presidency].

The appointment of the Prime Minister and the President are the important things that the political system needs to do now. However, past experience in Lebanon has shown it is going to take many months to carry out these tasks in the absence of broad consensus from all parties.

Democracy in a divided society

In the 1940s, the 17 heads of the religious and ethnic communities in Lebanon cooperated and found a formula that allows for coexistence and understanding among them – by establishing a division of power between the communities according to their relative size.

In November 1943, Lebanon gained independence from the French who were here by virtue of the Sykes-Picot Agreement. And in the same year the unwritten “national pact” was made between the two main denominations at that time in Lebanon: the Christians and the Sunni Muslims. The pact was based on a delicate system of checks and balances, which helped reduce the anxiety of Lebanese Christians lest they be vanquished and marginalized in this predominantly Islamic “neighborhood.” For Lebanese Sunni Muslims, the treaty promised to preserve Lebanon’s “Arab face” and ensure its independence from Western intervention.

The National Pact was intended to divide political power among the communities more or less according to their estimated numerical weight and to foster peaceful coexistence. The agreement created a system of government based on religious groups.

Beyond its influences in the political sphere, this power-sharing system has become a general structure, influencing economic, social and cultural life in Lebanon. This has led to the continued pronounced demarcations and separations among the various groups. In addition to a power sharing formula, the 1940s pact was also meant to perpetuate the Christian Maronite supremacy [the President of Lebanon must be a Maronite Christian]. But the treaty also constituted a Maronite-Sunni compromise, according to which most of the key positions in the Lebanese government were entrusted to the representatives of these two communities.

In ensuing decades the ethnic Druze population in Lebanon, as well as the Shiites, have increased and even surpassed those of the Christians. They see the 1940s pact as a real obstacle to the existence of a national state based on equality among all religious groups.

See: Can Christians Turn Lebanon Around? 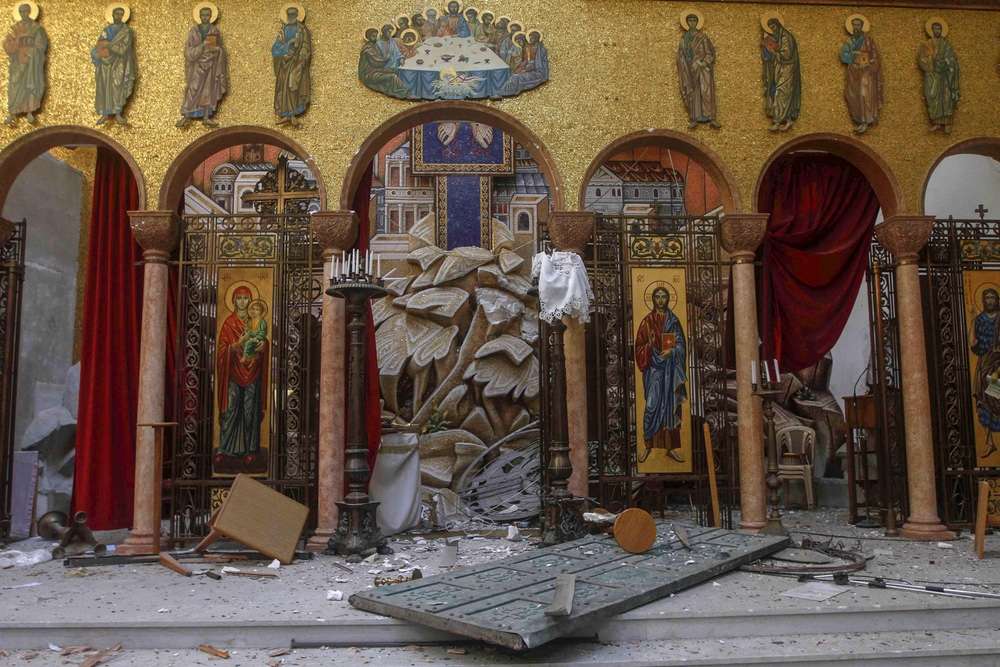 In the early days, the cooperation among the heads of the various religious communities helped to maintain the unity and stability of Lebanon. This model of democracy formed by the cooperation of different social/religious groups cooperating on the basis of shared power, is called “Consociational Democracy.” But the Lebanese did not expect that in the 1970s the Palestinians would come and incite the Shiites and Druze against the Christians. Nor did anyone dream that the Christian party CPL would make an alliance with the Shiites (with Hezbollah) as they did.

After all, Lebanon was established first and foremost as stated, to maintain Maronite Christian supremacy. The Christians in Lebanon demanded that France not leave until it established a political system that would ensure the rule of the Christians, because they feared the Muslim majority, and rightly so. The Lebanese Christians had not forgetten what happened not far to their north just two decades earlier in 1915, when Muslim Ottoman Turks massacred the Christian Armenian minority in their midst. Over a million-and-a-half were destroyed. The first modern genocide thus took place in the Middle East.

Back to the present

Anyone eulogizing Hezbollah because of the slight parliamentary “downsizing” does not understand that Hezbollah is way more than a political party.

It is a terrorist organization with numbers of soldiers and weapons rivaling and even surpassing those of the Lebanese army. It is an alternative army that rules half of Beirut and broad expanses in the Beqaa Valley, as well as other areas of Lebanon, including the international airport. Hezbollah has its own special telecommunications system, its own weapons depots, its own intelligence apparatus and prisons, etc. It is an army. No less and no more. Hezbollah, despite the slight parliamentary loss, still controls Lebanon, controls the military and, thanks to its power, influences many politicians. It is quite possible that Hezbollah will try to buy or intimidate, or seduce or assassinate the 13 newly elected independents to win their vote. It is after all a mafia and a terrorist organization.

What can still happen?

It’s possible that the Lebanese government and the next president may not be Hezbollah supporters and may turn to the Gulf states or the West in order to reduce Iranian influence over Lebanon and alleviate Lebanon’s economic situation. A bit more western influence and less Iran-ization of Lebanon is a possible outcome of the election results.

However, Hezbollah is still here. No one is realistically thinking of disarming it; and that is the main problem of this country. Hezbollah and its weapons.

See also: Israel Offers Helping Hand to Her Enemies – Lebanese capital of Beirut devastated by explosion that local governor describes as “like Hiroshima and Nagasaki”