One key group called Yad L’Achim (My Brother’s Helper) has been busy warning Jerusalemites of a widespread campaign they claim is “hunting Jewish souls.” Messianic Jewish congregations in Jerusalem and around the country are putting advertisements on buses, radio and in newspapers offering literature about Yeshua, Israel’s Messiah. A telephone call center has also been set up for people to make inquiries.

Threatened by this public outreach, Yad L’Achim placed their own ads in local newspapers warning the public to beware of the “dangerous Gospel of Jesus.” They also opened a hotline offering help to people who might be confused by the persuasive message of Yeshua and the New Testament.

In another incident, an anti-Messianic group reported that “thousands of flyers” with the teachings of Jesus were being distributed in Petah Tikva, a city near Tel Aviv with a large Orthodox population. To prevent the local population from hearing about Yeshua, the group sent activists to disrupt the Messianic Jews distributing the Gospel literature. Yad L’Achim stated that Israel needs to stop the proclamation of Jesus in Israel because “they want to convert Jews to Christianity, which, they believe, will then bring Jesus back.”

After checking the Hebrew literature that Messianic Jews are handing out in the city, there is no evidence that they want Jews to convert to Christianity. The message they proclaim is that Yeshua is Jewish, that He is the Messiah of Israel, and that Jews who believe in him remain Jewish as well. The literature includes references to the Messiah from the Hebrew Scriptures (Old Testament). There are also testimonies of well-known rabbis who believed in Yeshua and found fulfillment of their Jewish faith in the Jewish Messiah.

In an attempt to counter the spread of the Gospel, the so-called “anti-missionary” group also distributed literature around the city calling the Messianic Jews “liars and dangerous to Israel.” 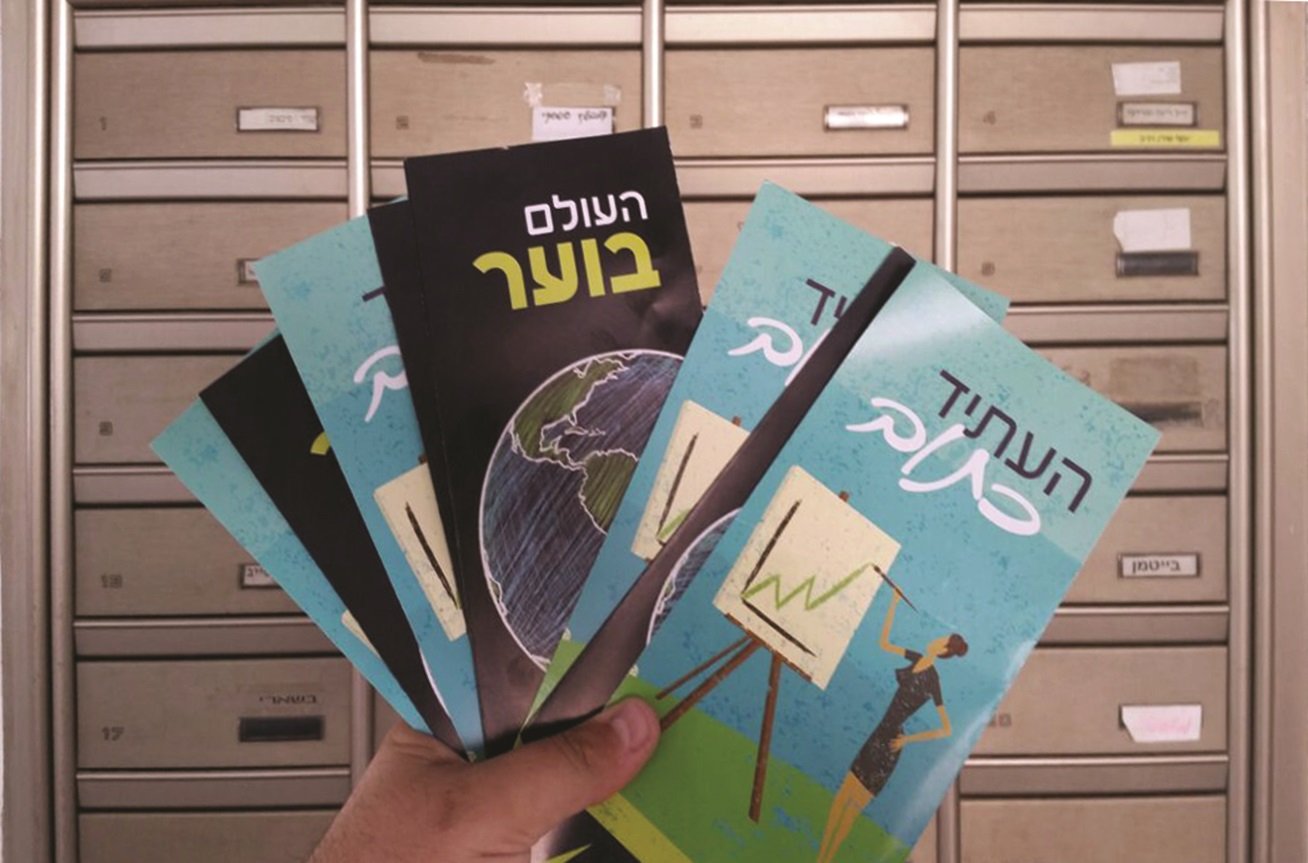 TRACTS FOR TRUTH: Hebrew literature from an evangelism campaign

Elsewhere, in the central city of Modi’in, a campaign organized by the local branch of Jews for Jesus caused an uproar. Residents complained to the city council about widespread advertising of Yeshua around town. The council said that they were investigating and had contacted the attorney-general to look into the legal restrictions on evangelism. It is well known, however, that there are no laws against preaching the Gospel of Yeshua in Israel.

Residents in Modi’in further complained that the members of Jews for Jesus are “missionaries,” hunting down Jewish souls. In Israel, “missionary” is a derogatory term understood to mean something like “subversive,” Jew-baiting” or “apostate.”

Dan Sered, Director of Jews for Jesus in Israel denies it. “We are not missionaries,” he insists. “It is completely fine to disagree, but each person is permitted to spread his belief. We are a democracy.”

Many local residents felt that there is no reason for “hysteria” about the Jews for Jesus Gospel campaign and called on their neighbors to just “say no and move on.”

Some of the material for this report appears in the Caspari Center Media Review, a synopsis of articles originally published in the Israeli press.