PHOTO: Blurred for the sake of the privacy of the participants, the photo shows Israeli Jews and Jews living in the UAE celebrating Shabbat together for the first time. Soon in person!

Israel’s Minister of Diaspora Affairs Omer Yankelevich quoted Psalm 133: “Behold how good and pleasant it is for brothers to dwell together in unity.” 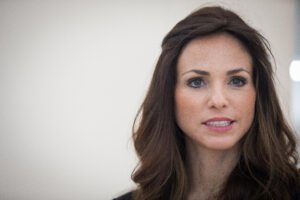 On Friday leading up to the beginning of the Sabbath, the Ministry of Diaspora Affairs held an interactive, live, joint cyber-Sabbath-celebration on the Internet, between Israel and the Jewish communities in the United Arab Emirates. Participants of the Sabbath reception included the Minister of Diaspora Affairs, MK Omer Yankelevich, the official president of the Jewish communities in the UAE – Ross Kriel, and the official rabbi of the community, Rabbi Yehuda Sarna, along with Israeli and UAE youth.

Members of the Firqat Alnoor Israeli classical orchestra of near-Eastern music also participated in the event playing HaTikva (“the hope”), the Israeli national anthem. One young participant sang the national anthem of the Emirates.

”On behalf of all the Jewish communities in the UAE, I would like to express our appreciation to the Minister of Diaspora, Omer Yankelevich, who honored us at the Sabbath reception. Her presence and warm words move us and warm our hearts. We are full of hope. For peace will bring with it prosperity and unity among all the Jews of the world.”

The rabbi of the community, Rabbi Yehuda Sarna, said:

”This is a day that will never be forgotten. This is the first time, ever, that a minister and a Knesset member from the State of Israel addressed us and held a Sabbath reception with the Jewish community of the United Arab Emirates.”