Freedom of Speech and Punishment in Saudi Arabia

After getting too friendly with Israel, a brave Saudi journalist has been thrown in prison

It was almost unimaginable. A Saudi journalist and commentator starring in Israeli media, and international media supporting Israel! Indeed, the very same person had previously opposed normalization with Israel.

In media appearances that shook conservative Saudi Arabia, he came out strongly against Iran and against the Palestinians. His public appearances embarrassed the Saudi rulers, who have now framed him on false charges and put him in prison, probably for many years.

I am referring to the brave journalist Abdul Hameed Al-Ghabin, who began appearing in the Israeli media on live broadcasts from Riyadh, the capital of Saudi Arabia, one of the most conservative states in the Persian Gulf, and an absolute monarchy.

A trail blazer comes up against ‘Big Brother’

Al-Ghabin was the first Saudi journalist to publish an opinion piece in an Israeli newspaper. This article almost caused a diplomatic incident between the Saudis and the Jordanians because of his proposal to transfer management of the Al-Aqsa Mosque to the Saudis. The Jordanians were very angry, and he was reprimanded.

When you are Saudi, you cannot express yourself freely. “Big Brother” is watching and hears your every word. We all still remember the murder of Khashoggi. There is no such thing as a Saudi opposition party. Al-Ghabin was not against the Saudi regime. Yet his media appearances stood out like a sore thumb in the Saudi landscape, making the decision-makers feel awkward, mainly due to Palestinian complaints about him. 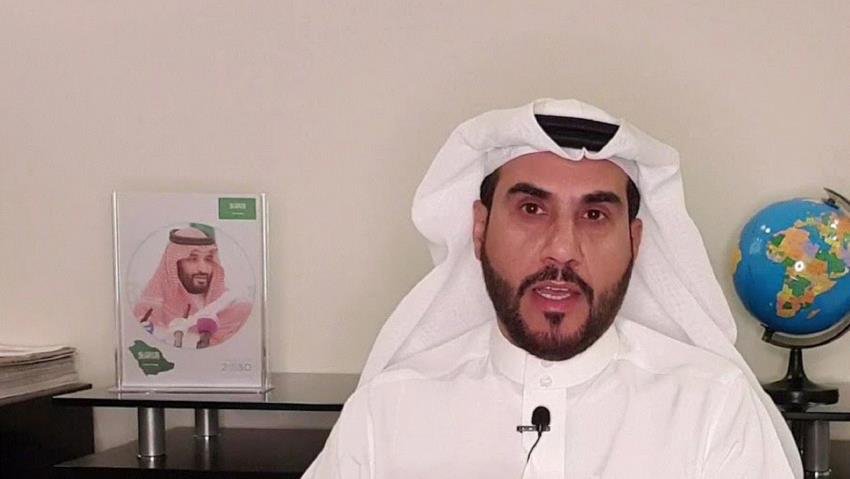 Al-Ghabin calls for normalization with Israel.

From bad to worse

Al-Ghabin has been in the authorities’ sights for a while. A few months back Saudi Arabia’s Interior Ministry informed him it was revoking his citizenship. They feared his sway over the people, especially in light of the fact that he had been called one of the most influential journalists in Saudi Arabia in recent years.

All this forced the authorities to put an end to his media appearances. But revoking his citizenship was illegal. According to Saudi law, citizenship can only be revoked by the royal family. The citizenship announcement had an immediate impact on his life and the lives of his children. From the very next day, his children’s school no longer let them attend class.

Then something worse happened. Abdul Hameed Al-Ghabin was arrested and put in jail. The charges: espionage for a foreign country and falsifying documents to obtain Saudi citizenship. Surely the foreign country referenced is Israel. They framed him on two false charges for which he can be sentenced to prison for at least 10 years.

Before Al-Ghabin’s arrest, the authorities sought to incriminate him by accusing him of supporting the Muslim Brotherhood and former Egyptian President Muhammad Morsi. They searched through his Twitter account to find incriminating material to justify putting him in jail.

In the video: Al-Ghabin comments on Israeli plans to annex the Jordan Valley by saying he and other Saudis support the move.

On June 17, 2020, just days before his arrest, Al-Ghabin feared being “bumped off” or kidnapped. He posted only these words: “I’m being kidnapped.” This was his last post, and it was deleted a few days ago, although his account still exists.

Much has been made of thawing relations between Israel and Saudi Arabia, especially as the two nations increasingly cooperate in resisting Iranian ambitions in the region.

But Abdul Hameed Al-Ghabin was punished for crossing a red line. The Saudi authorities insist that any relations between a Saudi citizen and the State of Israel be governed strictly by them. The Saudi rulers were afraid of his push toward fully normalizing Saudi-Israeli relations and his boldness, not to mention the curses he publicly voiced against the Palestinians. His abduction by the authorities signifies tyranny and loss of the freedom of expression, which does not really exist in his country in the first place. Perhaps he was ahead of his time. Maybe he will yet be seen as a positive example.

It is of upmost urgency to act for his immediate release from Saudi prison. I ask all the organizations that care about human rights to work for the release of Abdul Hameed Al-Ghabin. For trying to exercise freedom of speech, he is now paying a heavy price.

Where is the freedom in Saudi Arabia? The country purports to have a vision for the future, but in practice it suppresses any attempt at initiating progress. Abdul Hameed crossed a red line, and is now suffering due to absolutely false accusations.