The situation with Hamas in Gaza recently demonstrated that “Palestine” is an Islamic issue, and not a general Arab national issue as is so often claimed. Seeing Hamas replace the national Palestinian flag on the bodies of the dead with the Islamist group’s own green flag only confirmed this for me as an Arab Christian.

Hamas itself insists that Palestine is “Islamic,” while Israel is “Jewish.” As Christians who believe in the Bible, which side we choose should be obvious. The Bible clearly states that “Palestine” belongs to the Jews, and the return of the Jews to this land in 1948 fulfilled one of the Bible’s greatest prophecies.

In the year 2000, I was 11 years old and the Second Intifada had begun. A large number of Palestinians were killed. One day in school there was a Christian child who started talking about the intifada and about supporting the Palestinians. He noted that his father belonged to one of the Arab nationalist parties. The teacher replied, “You are a Christian, what is your relationship with Palestine?”

Around the same time, religious currents in the Arab world began to raise the slogan of “Islamic Palestine.” We had largely thought until then that it was a pan-Arab nationalist matter. But this revealed that Christian Arabs had no part in this fight. It was one of the issues that caused me to question and ultimately leave Islam and convert to Christianity several years later. 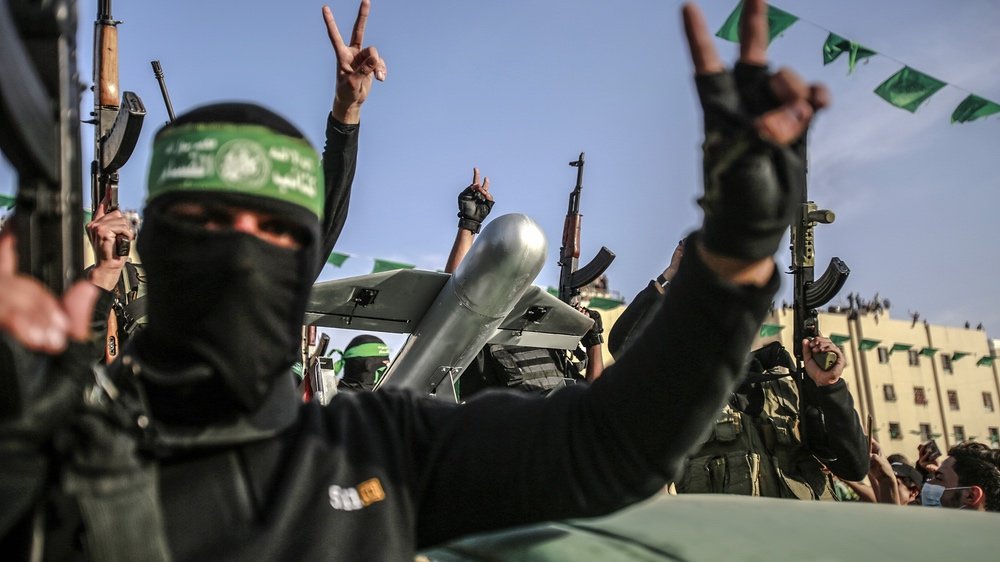 Hamas does not and cannot represent Arab Christians.

The Israelis are “God’s chosen people,” as stated in the Bible. They are the rightful sovereigns of the “Promised Land.” God stands beside Israel and blesses those who bless Israel. It is a battle between Muslims and Jews. Enough with the lies that “Palestine” is an Arab issue. It is, from the Arab side, a religious war, and one that does not include Christians. The regular attacks and murders committed by Muslim extremists against Christian monks and priests, the bombings of churches and monasteries, it all just further proves that the Arab Muslim does not consider the Arab Christian to be “on his side,” but rather to be a second-class citizen under him.

The number of Arab Christians is decreasing in the Arab world, and one of the main reasons for this is the religious discrimination that Christians face from Muslims and the ruling authorities in Arab countries. Among those trying to escape this Muslim discrimination by emigrating to the West are large numbers of Palestinian Arab Christians.

By contrast, statistics show that the number of Christians in Israel is increasing, and there they have freedom to build churches and worship freely, regardless of sect or creed. What’s more, Israel’s laws and the Israeli authorities protect Muslims who convert to Christianity, whereas in Arab countries such converts are persecuted, imprisoned and tortured, and have no legal recourse.

In all other matters, the Islamists discriminate against Christians in Palestine and all the Arab countries. We must understand that also in the matter of “Palestine,” we are not on their side.