A December 13, 2021 statement by a number of Church patriarchs in Israel differs significantly from previous releases by their predecessors.

The three main authors, the Greek Orthodox, the Latin and the Anglican Patriarchs, are known for their friendship with Israel. At the New Year’s reception for Christian leaders in late December, Israel President Isaac Herzog called them “my friends.”

But “radical fringe groups” seem to be undermining the government’s goodwill efforts. These groups are not defined as Muslims or Jews, but they are radical and make life difficult for churches in the country. They want to encroach on the land belonging to Christians in Israel, thereby endangering the survival of the country’s churches.

The income from their lands represents the Church’s only substantial source of income. After all, they have to shoulder high expenses, such as maintaining holy sites or financing their hospitals.

The 2004 “sale” of Christian property, deemed legal by Israel’s Supreme Court in 2021 but still hotly disputed to this day, is viewed with skepticism by many Israelis and clergy. It is said that dubious means were used. The sale is causing the churches great concern.

The court’s decision is based on a 2017 bill in the Knesset that calls for the right for the State of Israel to nationalize Church property under certain conditions.

The previous government under Benjamin Netanyahu repeatedly vetoed this draft law. But the bill keeps coming up.

This circumstance is known in the country and did not have to be expressly mentioned in the declaration of the patriarchs. In order to protect all those affected, no names are mentioned in the statement. The statement is not interested in anti-Israel propaganda. The patriarchs want, as the last two points of the declaration note, to find a way together with Israel to solve this issue. 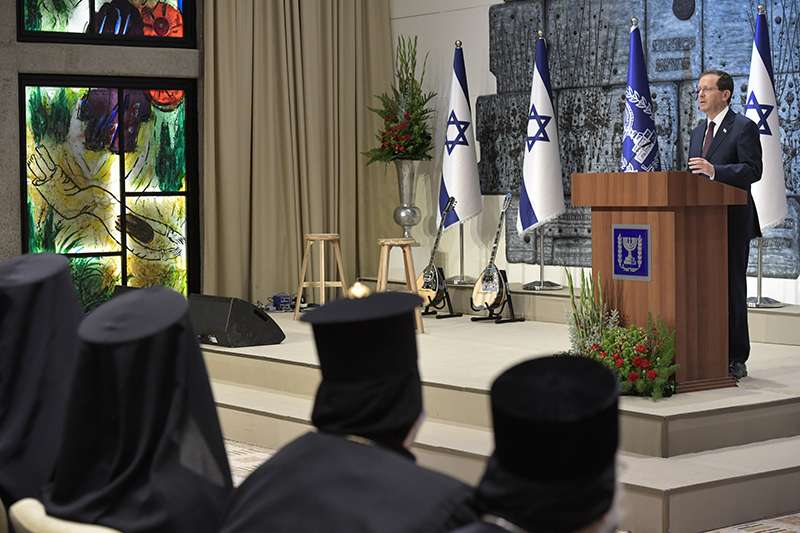 The responses from President Herzog and Interior Minister Ayelet Shaked expressed understanding for the concerns of Church leaders. It was said that work had started on the problem.

The Church statement has nothing to do with Replacement Theology, neither with the aggressive antisemitic “Kairos” paper nor with the well-known anti-Israel agitation that emanates from the Palestinian-controlled territories, often from Protestant and Evangelical churches there. Many Israelis and Christians work together to expose such lies.

The latest statement from Church leaders demonstrates a different attitude. The statement does not seek to deceive, does not give any room to Replacement Theology, and recognizes the State of Israel’s tremendous efforts to work with Christians and provide a good life for them in the country.

Radical elements are nonetheless present in Israel, as in any other state. They act against Christians and try to undermine the goodwill efforts of the state. When and where this happens, Israelis usually work quick to repair the damage. The Israeli government promptly takes a stand against such groups on such occasions and condemns the violators.

For example, when radical youth set fire to a monastery in Tabgha on the Sea of ​​Galilee in 2015, then-President Reuven Rivlin and many other Israelis came and helped clean up the damage. The youths were sentenced to prison terms and the government paid large damages.

Less well known are the frequent and horrific attacks by Muslim radicals against Christians in Bethlehem, Beit Jala, Gaza and many other places in the Palestinian-controlled areas. Assaults, thefts, arson, dispossession and lawlessness are commonplace there. Christians are punished if they resist. Emigration is often the only option for them. That is why the number of Christians in the Christian areas under the Palestinian Authority is rapidly declining.

The number of Christians in Israel, on the other hand, is constantly increasing. In Israel, people of all faiths can and do denounce and defend themselves against injustice. And that is exactly what the patriarchs did with their statement. President Herzog and Interior Minister Shaked confirmed this at the annual reception.