The Israel Defense Forces (IDF) is the only army in the world that integrates people with special needs, including youngsters with extreme developmental and physical disabilities.

On the occasion of the International Day of Persons with Disabilities, the organization “Lend a Hand to a Special Child,” which developed the IDF’s “Special in Uniform” program, released its first figures on the numbers of young people with special needs now serving in the Israeli military.

All disabled solders serve on a voluntary basis. As of December 2019, there are currently 1,179 solders with disabilities serving in the Logistics Branch, including 170 in the South, 250 in the North and 759 in the Central region of the country. The remaining 253 young recruits from this group are scattered throughout the IDF bases around the country.

“Special in Uniform” currently operates in 35 IDF bases, from Eilat to the Golan Heights, in full cooperation with the IDF and the Ministry of Welfare. Each solder is given a role that suits his or her abilities, and during their service they also have access to all military services, including health and psychiatric services.

Just like all recruits, participants in the program participate in regular swearing-in ceremonies, basic training and take part in the full military experience.  Some of the “Special in Uniform” volunteers serve in classified intelligence units, or are tasked with scanning security cameras to prevent terrorist tampering. In one Air Force base, a special needs soldier is serving as a medical clinic supervisor. There are soldiers and volunteers who serve in the Air Force logistics laboratories, and those who partially operate various aircraft. There are soldiers working in warehouses and handling spare parts; there are those who sort the medical equipment of the IDF from lower-level to emergency room equipment; and some even serve in classified units in a variety of positions.

At the beginning of 2019, US Ambassador to Israel David Friedman visited “Special in Uniform” together with Chris Neeley, an aide to US President Donald Trump. The two met the soldiers in the Air Force base in Palmachim, and announced America’s plan to emulate the IDF by integrating recruits with special needs starting later in 2019. True to their word, the US program was officially launched in September, and the first US Army unit for special-needs soldiers was established at a National Guard base in Virginia. 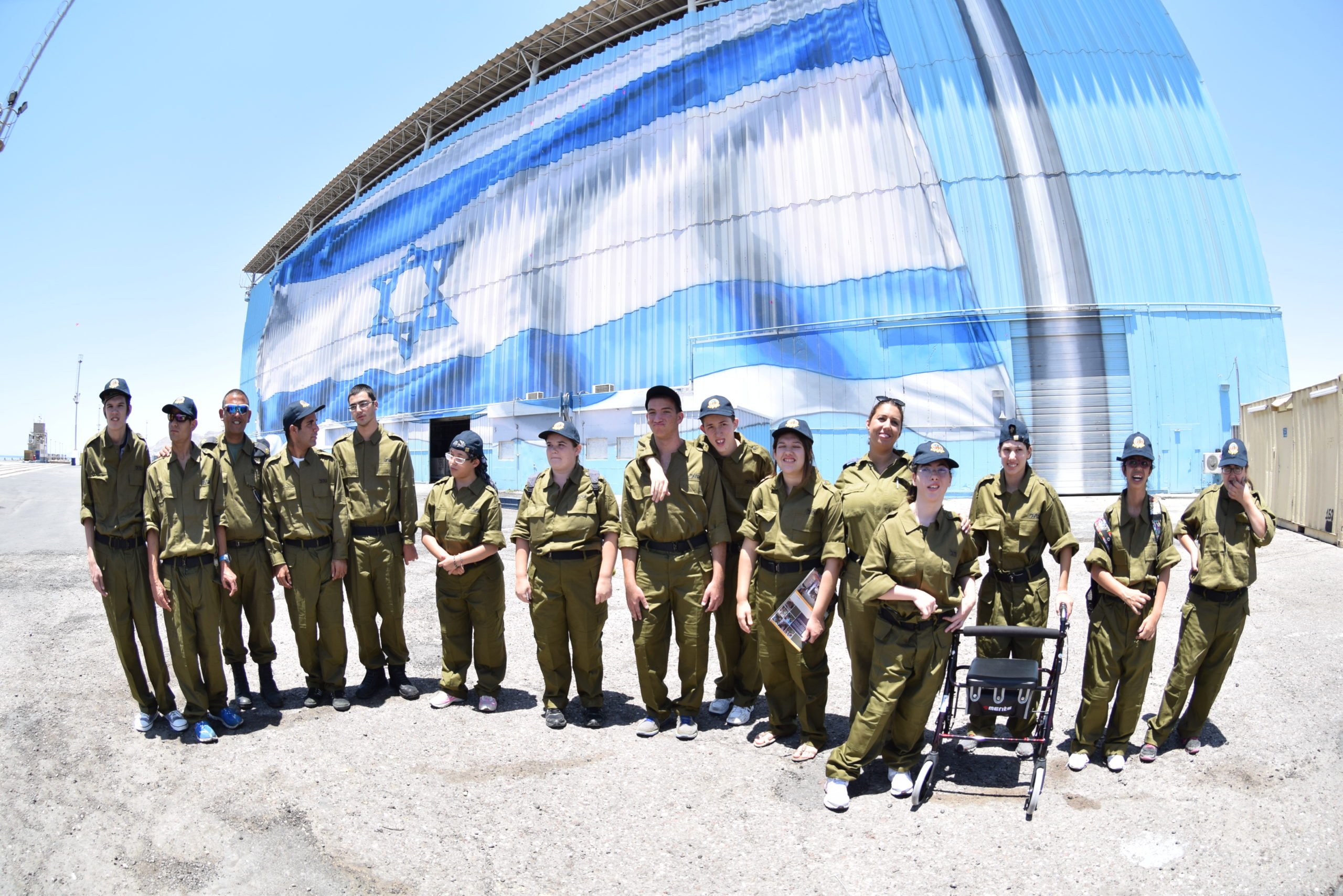 An asset to the army

Chairman of “Special in Uniform” Lt.-Col. Ariel Almog said: “To this day, thousands of young people have participated in the program to fulfill a dream to participate in significant and successful army service, and then continue to an independent life of integration into society. Today, we have reached the peak – over 500 participants, spread over 35 bases all over the country, and countless people continue to turn to me every day to enter the program. If they ask me about a meaningful social revolution in the IDF, I have no doubt that it is the ‘Special in Uniform’ program. We are a huge asset to the Israeli army and the entire State of Israel. Our soldiers’ contribution to this country is beyond estimation, and they are a true ‘Light to Gentiles,’ showing the world the beautiful face of the IDF and the State of Israel.”