Betzalel Smotrich, head of the far-right Religious Zionism faction, told the Knesset on Wednesday that political correctness is preventing the government from laying the blame for rising COVID-19 infection rates where it really belongs: with the LGBT community and local Muslims.

Smotrich went on to explain that his conclusion wasn’t about any religious aversion to these communities, but rather based on an examination of their behavior, permitted by the government, over the past month-and-a-half.

On June 25, tens of thousands of people packed the streets of Tel Aviv for the Gay Pride Parade. Just days earlier, Israel had experienced its first minor spike in COVID-19 infections since declaring an end to the Corona crisis nearly a month earlier. The Ministry of Health urged participants in the parade, the first major mass gathering since the pandemic began, to wear masks. Most didn’t.

“A massive contagion party. This rampage through Tel Aviv was the start of the current outbreak,” insisted Smotrich. “No one has the courage to say this because it’s not politically correct.” 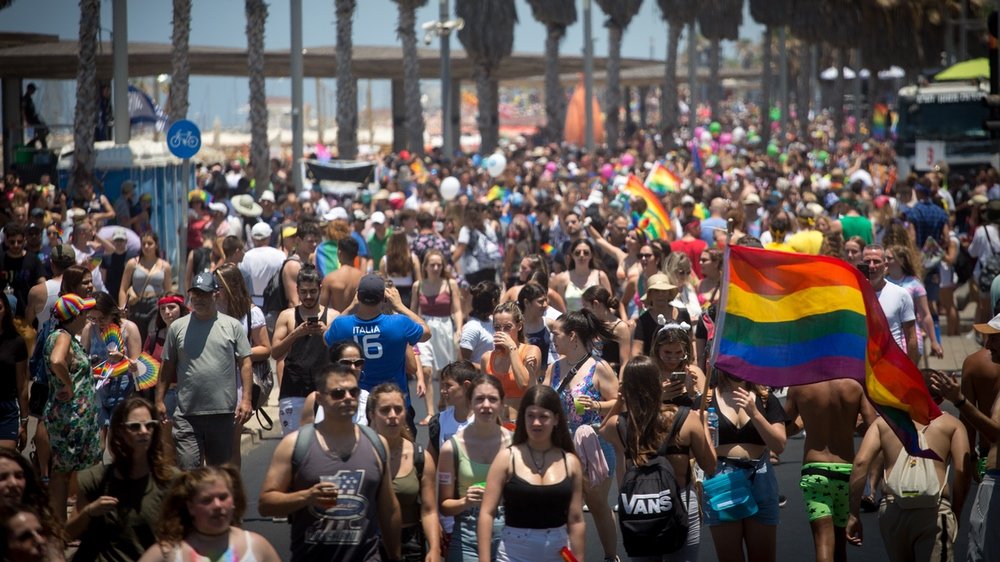 The LGBT community eagerly poured into the streets of Tel Aviv on June 25 with nary a mask in sight. Photo: Miriam Alster/Flash90

Also contributing heavily to the current situation, according to Smotrich, was allowing thousands of local Muslims to travel to questionable destinations for the Islamic holiday of Eid al-Adha (Feast of the Sacrifice) at the end of July. For instance, a great many Israeli Muslims celebrated the holiday in Turkey, which is now listed as a “red” country to which Israelis are forbidden to travel.

The introduction and rapid spread of the Delta variant has been attributed to the large number of Israelis traveling abroad over the past month. And data shared with Channel 12 by the Ministry of Health this week showed that over 50% of new infections are in the Arab sector, despite their making up just 20% of the overall population.

Smotrich went on to lament before the Knesset that it is traditional and religious Jews who will now pay the price because the government was afraid to place restrictions on homosexuals and Muslims.

“So where will we do this lockdown” that is becoming increasingly necessary, he wondered. “How about the holidays of the Jews. That won’t be so bad,” Smotrich continued sarcastically. And so when the holidays arrive in September “we won’t pray in the synagogue. We won’t dance with the Torah at the end of Sukkot. We won’t celebrate with family.”

But at least the LGBTs were able to march through Tel Aviv and local Muslims could enjoy a cheap vacation in virus-ridden destinations.

The progressive, largely-religious organization Tag Meir responded to Smotrich by accusing him of “desecrating” the Name of God: “He degrades and humiliates those created in God’s image, he lies and insults all while his tassels (tzitziot – Jewish rituals fringes) are fluttering and in the guise of the Name of Heaven.”