A small group of Israelis gathered outside the Knesset on Monday to protest against the fast drive to inoculate most of the population against COVID-19.

While Israelis are by no means obligated to get vaccinated against the coronavirus, there is a strong growing social stigma against those who outright refuse the shot. Israel has suffered so much under repeated lockdowns that folks just want to get out of their homes finally. (See: My Experience With the Corona Vaccine)

It is somewhat miraculous how Israel was able to procure so many vaccine doses while larger, richer countries are struggling to do the same. There is a feeling that perhaps Pfizer, Moderna and other vaccine manufacturers are using the Jewish state as a kind of testing ground. On the other hand, this is the land of miracles.

Be that as it may, the vast majority of Israelis are clamoring to get jabbed, and there was an air of disappointment over news that the vaccine drive might need to slow down a bit to ensure there are enough second doses for all those who already got their first shot.

What really had Monday’s demonstrators hot and bothered was a Knesset Law Committee meeting taking place at the same time to discuss the “green passport” initiative that will allow inoculated Israelis to return to some semblance of a normal life. 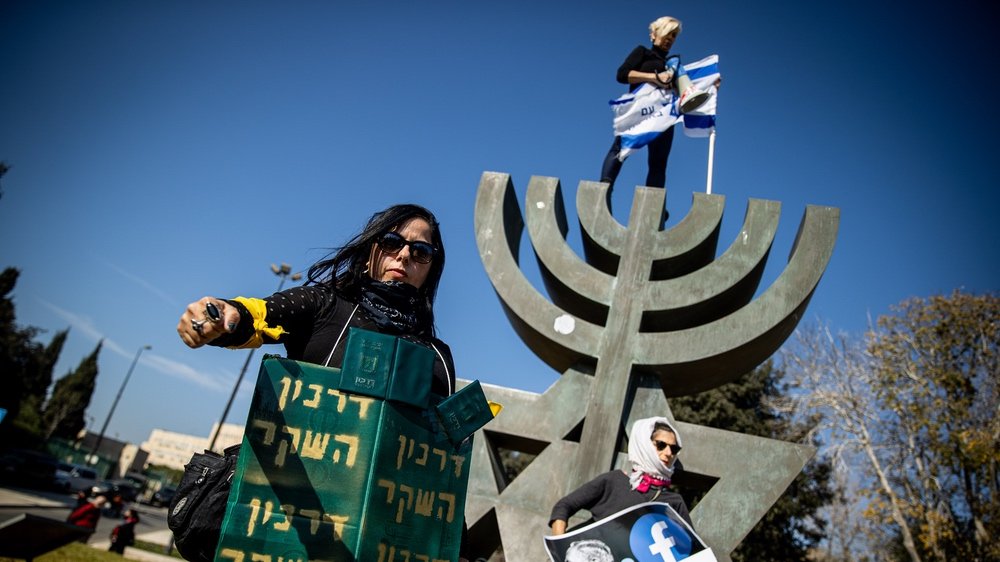 Israelis outside the Knesset slammed the so-called “green passport,” which they called a “passport of lies.”

The “green passport” is actually a mobile app that will verify the holder has received both doses of the vaccine, and thereby permit him or her to enter public venues for cultural and sports events and travel abroad without having to quarantine. There will reportedly be additional incentives for Israelis to get vaccinated and receive their “green passport.”

The demonstrators decried what they saw as government coercion.