As a matter of introduction, two of Gustavo Perednik’s best known books would probably be To Kill Without a Trace: A Prequel to 9/11 and Judeophobia. The first deals with the 1994 Iranian terror attack on the Argentine Israelite Mutual Association (AMIA) that killed 85 and wounded 300. Perednik’s investigation has led him to conclude that this attack on the Argentinian Jewish community was part of the Jihad against the West.

To kill without trace is a piece of the bigger picture of what Perednik prefers to call Judeophobia rather than Antisemitism. In his book bearing this title, Perednik argues that Judeophobia – not fear, but hatred of Jews – is a unique phenomenon, unlike racism, xenophobia, or any other hatred against people groups. Perednik sees at least 10 unparalleled characteristics of Judeophobia, among them:

I met Dr. Perednik in a town seven miles south of Jerusalem, where he has been living for the last 25 years. On the very place I sat, Perednik told me, sat Argentina’s prosecutor in the AMIA bombing case, Alberto Nisman, who is believed to have been assassinated in 2015.

Born in Buenos Aires, Argentina, most of Perednik’s work is in Spanish, which might explain why he is not as known in Israel as he should be. But he has written 20 books and taught at Hebrew University, among other Israeli academic institutions, so perhaps his lack of visibility has more to do with his right-wing political views, which are generally not appreciated by Israel’s notoriously leftist mainstream media.

But amplifying the voice of Dr. Perednik is important not because of his political views. He needs to be heard on account of his expertise, which allows him to shed light on many things, including some of the changes through which Israel is currently going. 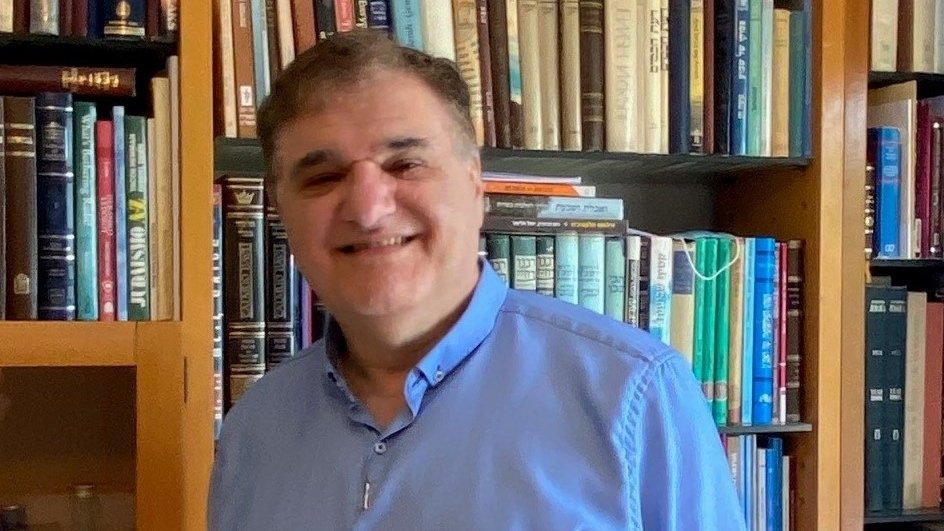 Gustavo Perednik in his library.

Israel Today: What is the difference between Judeophobia and Antisemitism?

Perednik: Antisemitism, a term coined in 1881 by Wilhelm Marr, deliberately blurs and conceals the meaning of this phenomenon. It gives the impression that Antisemitism is an ideology. But there was never any ideology against the long-gone Semites, and Antisemites have never really existed. Judeophobia, a term coined by Leon Pinsker in 1882, irritates people because it speaks about hatred of flesh and blood Jews.

But we hear a lot today about Islamophobia, so what’s the difference?

Islamophobia doesn’t really exist. This is an artificial term coined by Iranian Ayatollahs in the 1980s. This term was designed to blur the distinctions between different forms of hate. It is like saying that there is such a thing as Portugalophobia. Though there are people who may hate Portuguese for whatever reason, there is no such thing as a hundreds-of-years-old phenomenon of Portugalophobia. Judeophobia does not speak about hatred of religion or ideology. Judeophobia is hatred of Jews just for being Jews, regardless of their beliefs. This does not exist in Islamophobia, that fabricated as it is, still speaks of religion, not people.

What distinguishes Judeophobia from any other kind of hate? I am asking this because today the world has adopted Hannah Arendt’s “banality of evil,” that turns every one of us into a potential Nazi. It is this idea that facilitates talk of Israel as a Nazi state.

I call Arendt’s idea “the banalization of evil.” Evil is not banal. It is highly sophisticated. Judeophobia is unique because hate for any other people group is based on a distortion of reality. If I say for example that immigrants are responsible for the rise in crime, I misinterpret reality. Not only does crime exist without immigrants, it could be that not a people group, but rather individuals are resorting to crime because of their dire situation. Jews are not hated because they are criminals or take jobs from locals. They are hated because they are God-killers, because they control the world’s economy. This is not a distortion of reality, but rather it is fantasy. Judeophobia’s starting point begins with a complete lie.

Explain why this makes Judeophobia so dangerous.

What can I say to those who tell me that I killed God? That I wasn’t there, that I called in sick that day? What can you say to Holocaust-deniers? Unlike any other form of hate, Judeophobia is not a bit irrational, it is utterly irrational. Which is why it turns so violent.

This is more or less what Judeophobes say today about Israel, that it is a Nazi state, which is why it won’t be so bad if Iran decides to annihilate the eight million Jews living here.