(JNS) Israeli Prime Minister Yair Lapid’s first address to the nation as prime minister might have been brief, but the list of challenges facing the Jewish State that he presented was long. Analysts tell JNS that Lapid won’t be able to address all of those challenges in the four months before Israeli elections on Nov. 1, and he’ll mainly be electioneering.

Lapid himself narrowed the list at his first weekly cabinet meeting as prime minister on Sunday. On the foreign policy front, he said, “The Iranians, Hamas and Hezbollah will not wait.” Domestically, he said, “The education crisis cannot wait. Budgets for hospitals cannot be postponed.” 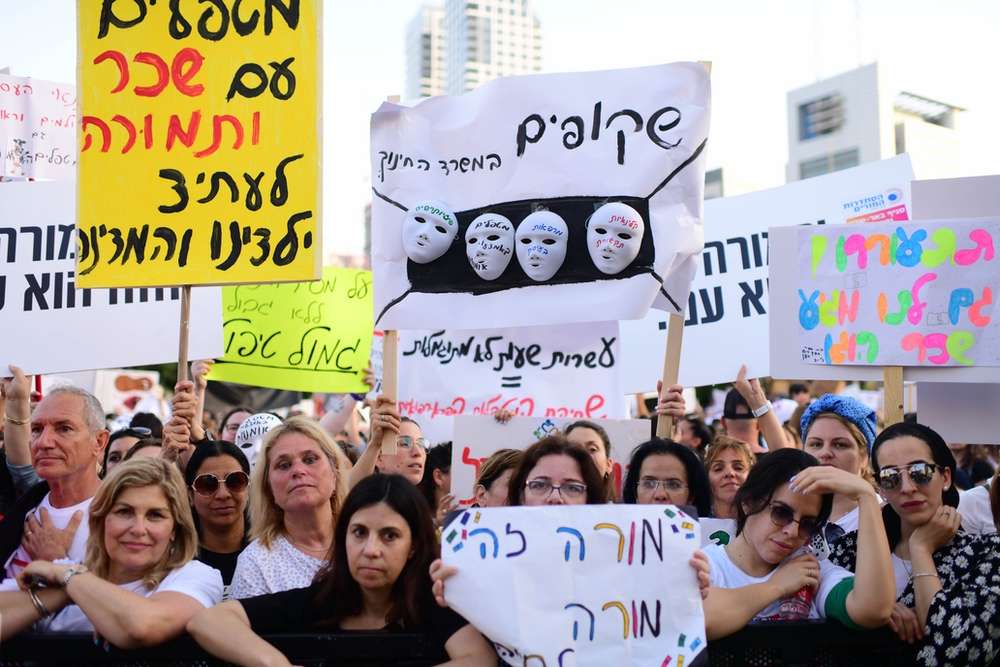 A general strike by the Teachers’ Union amid skyrocketing cost of living. These are issues that won’t wait for a new government. Photo: Tomer Neuberg/Flash90

Brig. Gen. (res.) Amir Avivi, CEO and founder of the Israel Defense and Security Forum (IDSF)—also known as the Bitchonistim—an Israeli NGO made up of thousands of former security officers, said that defense issues are the most critical, and that unexpected events frequently occur, like the drones Hezbollah sent toward an Israeli gas rig on Saturday.

“The prime minister of Israel is involved, and needs to be involved, on an everyday basis. There’s almost constant decision-making,” Avivi said of security issues.

“As a former aide-de-camp to the chief of the [IDF] General Staff, I coordinated all the operations of the IDF on his behalf. Every day, there’s something when you connect Mossad, Shabak, army special operations… Sometimes it’s timing. Maybe there is a really dramatic operation somewhere in the Middle East. They were working on it two years and it happens to take place now,” Avivi said.

Avivi added that there are two pressing security issues that can’t wait. The first is Iran and the second is an internal security problem. Regarding the latter, he explained there is growing coordination between Arab Israelis and Arabs in Judea and Samaria on fomenting riots, illegally grabbing land and endangering the personal security of Jews. This was on full display during last year’s “Operation Guardian of the Walls” (May 10-21), when Arab-Israelis in so-called “mixed cities” in Israel rioted in solidarity with Hamas in the Gaza Strip and Arabs from Judea and Samaria, who rioted in Jerusalem.

“The State of Israel needs to realize that it’s in the midst of a campaign against it. This is probably a far more existential and dangerous campaign even than Iran. Internal threats are always bigger,” he said.

Avivi’s advice on both issues is to stay the course. “What I wouldn’t do is anything dramatic,” he said. 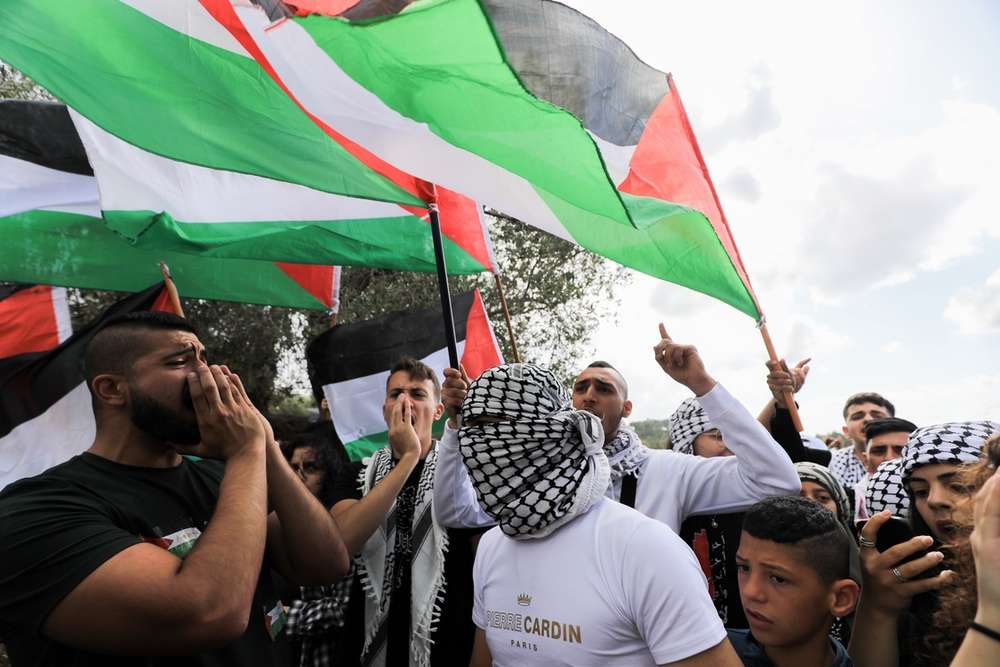 Eyal Zisser, the vice rector of Tel Aviv University and a lecturer in its Middle East history department, agreed, telling JNS that Lapid should let the defense policies that are in place continue.

“The best thing for Lapid is to do nothing; that is, to maintain and keep the situation quiet,” he said, especially because there’s “no immediate action” he can take. Lapid will be tempted to show Israelis that he can be counted on to handle security issues, but that could backfire, Zisser warned.

“He’ll want to prove to everyone that he can handle things. That’s when he’ll make a mistake that can lead to an escalation,” he said.

Zisser added that Lapid will focus on electioneering, noting that the period he’s in office is unprecedented in its brevity. “We’re talking about four months,” he noted. “There were prime ministers in office for short periods, but they were elected in a general election. People thought they would last four years.” 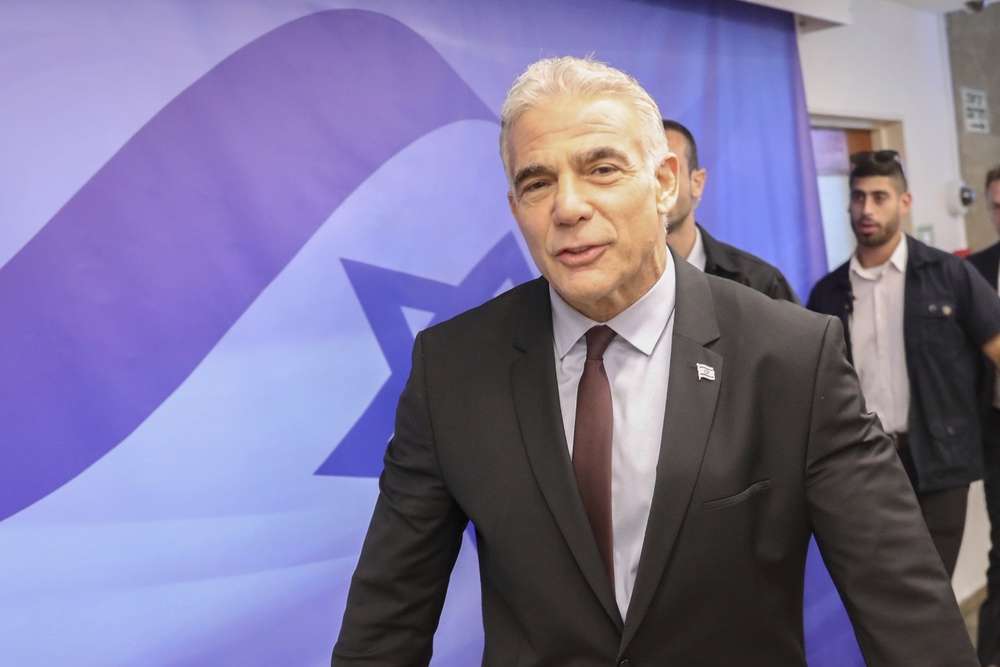 In addition to all the other looming issues, Lapid will have his hands full convincing Israelis to choose him over Benjamin Netanyahu. Photo: Marc Israel Sellem/POOL

When it comes to domestic policy, Elise Brezis, professor of economics at Bar-Ilan University and director of the Azrieli Center for Economic Policy, told JNS that if she were giving advice to Lapid, she would tell him to focus on only one thing: Israel’s flawed education system.

The Israel Teachers Union went on strike shortly before the end of the school year, though it has returned to negotiations with the Ministry of Finance. The union, led by Yaffa Ben David, is demanding higher salaries.

“The whole Ministry of Education is a nightmare in Israel. The education system is a catastrophe. And the union of teachers is part of the problem, not part of the solution,” Brezis said, describing it as a kind of “mafia.”

The answer is “one simple but almost impossible thing,” she said, and that is to force the current teachers’ union to accept a second union in order to create competition. Brezis said younger teachers in Israel are paid very little and treated poorly, while senior teachers enjoy relatively high salaries. A second union to represent younger teachers would ensure that, instead of rewarding teachers based on seniority, younger teachers will start at a higher salary and teachers as a whole will be rewarded based on merit, not how long they’ve been on the job.

“Lapid wants to win an election,” Brezis said. “In Israel, we all have more than one kid; on average it’s three or more. If, in September, the teachers are on strike and our kids are at home, for sure we’re not going to vote for him.” 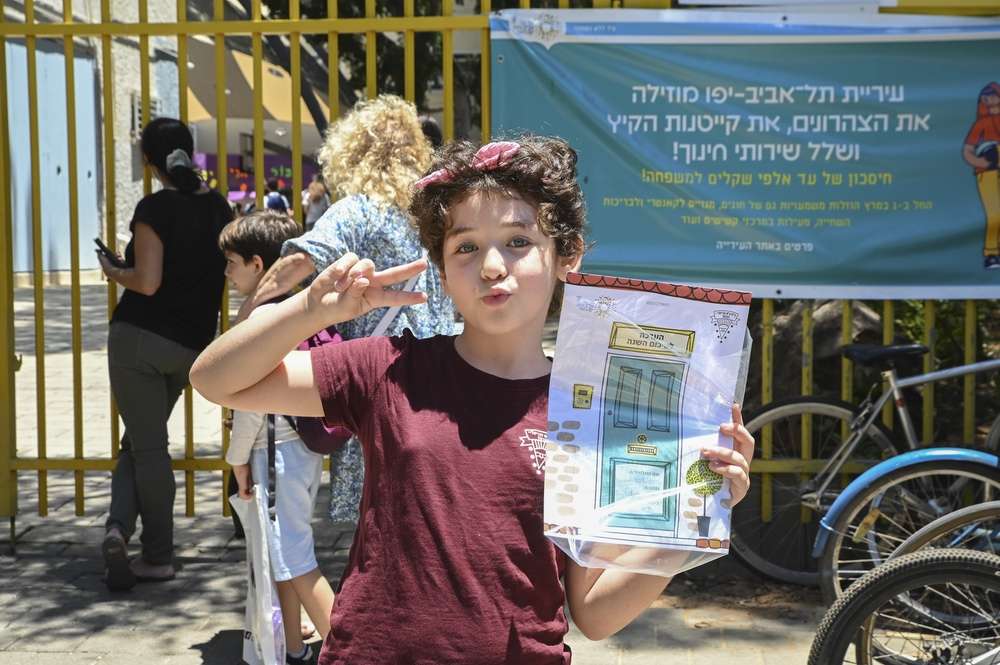 The new school year will begin in the middle of Lapid’s brief tenure. If there’s a general teachers’ strike preventing parents from going to work, it won’t reflect well on the interim prime minister. Photo: Avshalom Sassoni/Flash90

Although Lapid spoke about cost-of-living and budgets for hospitals as agenda items that can’t wait, Brezis believes he should stay away from both. At a July 2 demonstration to protest the rising cost-of-living, only 300 people showed up when organizers expected 10,000. “A bigger flop than that I don’t know,” she noted.

“Where are the Israelis? I will tell you where they are. They’re at the kanyon [shopping mall] and on the way to a vacation costing 10,000 shekels,” Brezis said.

This raises the question of whether Israelis care about the issue. “When people ask them ‘What do you care about,’ they will say [cost-of-living]. But is it true? I’m not sure,” Brezis said, adding that even if it were true, Lapid can’t do anything about it in four months and it would be better for him not to talk about it at all. Brezis said that, over the past year, the minister of finance has pushed through a number of reforms intended to lower prices, though the results will take time.

Lapid, she added, “should 100% focus on education because this is going to be what shows if he can be a great prime minister or not—if he’s successful on this question.”