The ancient Israeli port city of Jaffa held its annual Christmas tree lighting ceremony on Sunday. As usual, Santa Claus made an appearance, but instead of candies he passed out masks to all the good boys and girls.

Jaffa is a mixed Jewish-Arab city with a sizable Christian population.

Last month a Magen David Adom (MDA) medic was punished after he offended some of Jaffa’s Christian residents. Israel Today later spoke to one of those Christians, who confirmed that in general there is harmony between the town’s Jewish, Christian and Muslim residents. 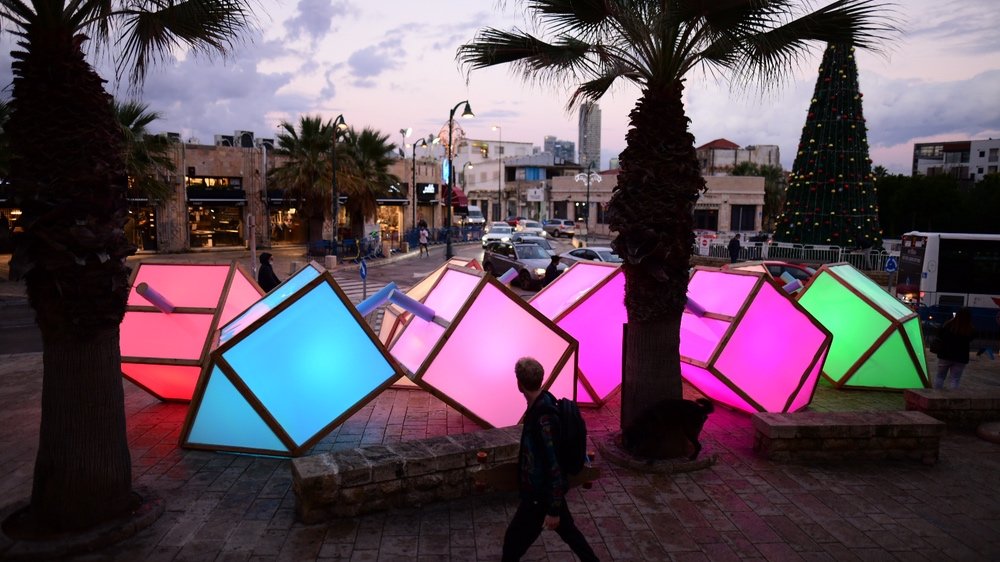 Glowing dreidels also adorned the main thoroughfare in Jaffa. The Christmas tree can be seen in the background to the right. Hanukkah begins this coming Thursday evening, December 10. 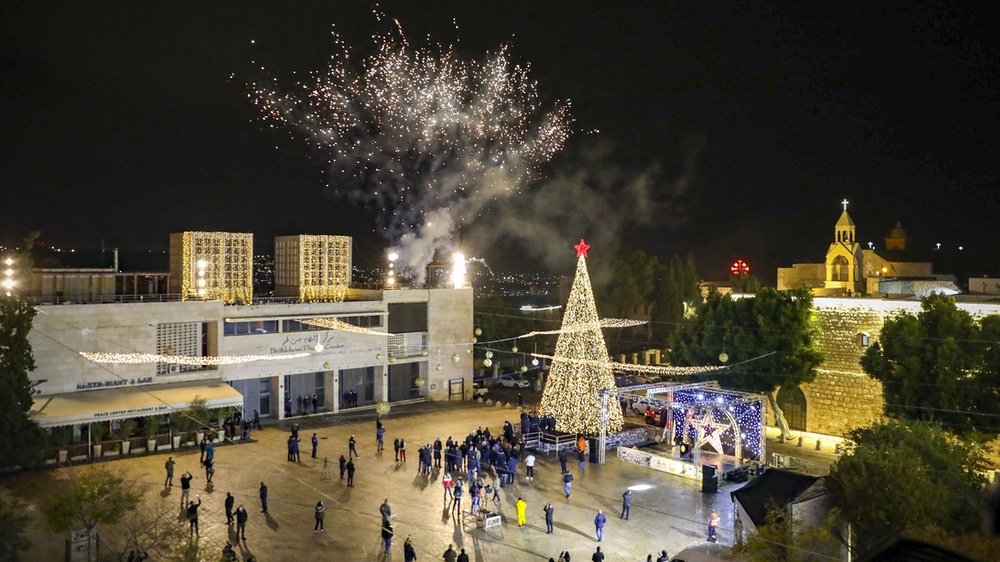 Bethlehem on Saturday lit its municipal Christmas tree in Manger Square, the traditional location of Jesus’ birth, but it was a far more muted event than in past years due to a fresh outbreak of COVID-19 among the Palestinian population.