In the Torah portion of Leviticus 16 – 18, Aharei Mot (After the Death of…), we are witnesses to a crescendo of the sacrificial system so central in the book of Leviticus and the Torah. In this chapter we read of the ultimate sacrifices in the Torah system, namely the ones that happen once a year and involve bringing blood inside the Holy of Holies, past the veil, on the Day of Atonement (Compare with Hebrews 9:7-14 and Isaiah 53).

“Now the Lord spoke to Moses after the death of the two sons of Aaron, when they offered profane fire before the Lord, and died; and the Lord said to Moses: ‘Tell Aaron your brother not to come at just any time into the Holy Place inside the veil, before the mercy seat which is on the ark, lest he die; for I will appear in the cloud above the mercy seat. Thus Aaron shall come into the Holy Place with the blood of a young bull as a sin offering, and of a ram as a burnt offering.’ ” (Leviticus 16:1-3)

Since the destruction of the Temple in Jerusalem, traditional Judaism has not practiced the blood sacrifice system. (However, on this one day of the year, the Day of Atonement, some ultra-Orthodox do sacrifice chickens.) 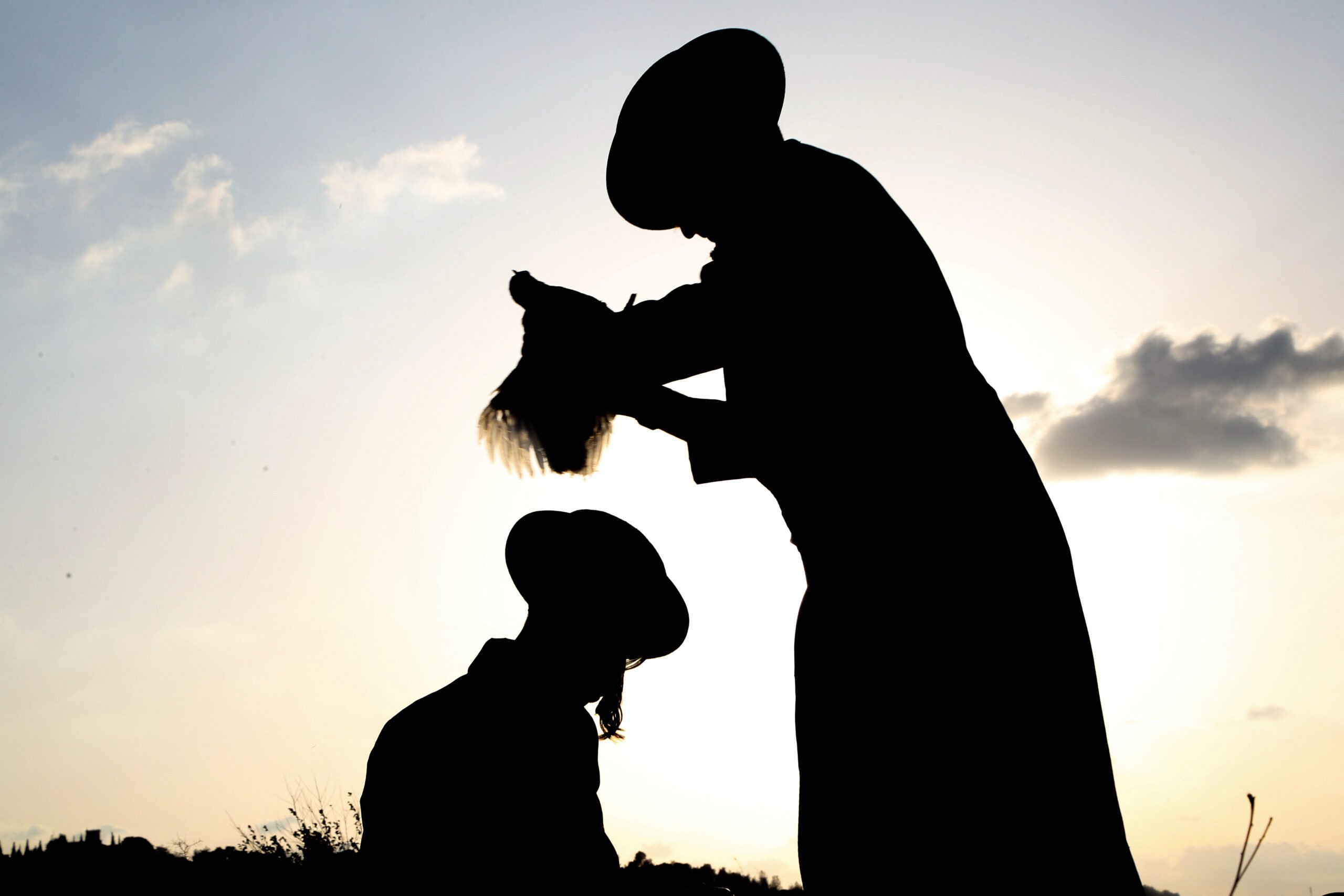 And how can we fathom the animal sacrifices anyway? Recently I saw a response to a Passover lamb social media post. The person commenting was aghast. He had mercy, had pity on the cute little lamb and was mortified at the cruelty of sacrifice. So how are we in the modern world of animal rights to understand the seeming harshness in Torah?

Furthermore, the very name of this Torah portion refers to Aaron’s own sons dying when they offered profane fire in the Tabernacle of the God of Israel. A little severe?

The whole sacrificial system in the Torah was driving home the point day after day (as streams of blood from goats, sheep, doves and bulls ran down the altar) of the weight of sin, of the consequences of literally “missing the target” with regards to obeying the Life-Giver. Does the transcendent One who gave the gift of life not have the right to dictate its terms and preconditions? If He who invented life is a righteous judge, might the judge be bound to take away life as a just consequence if life is not lived according to the “manufacturer’s instructions”? 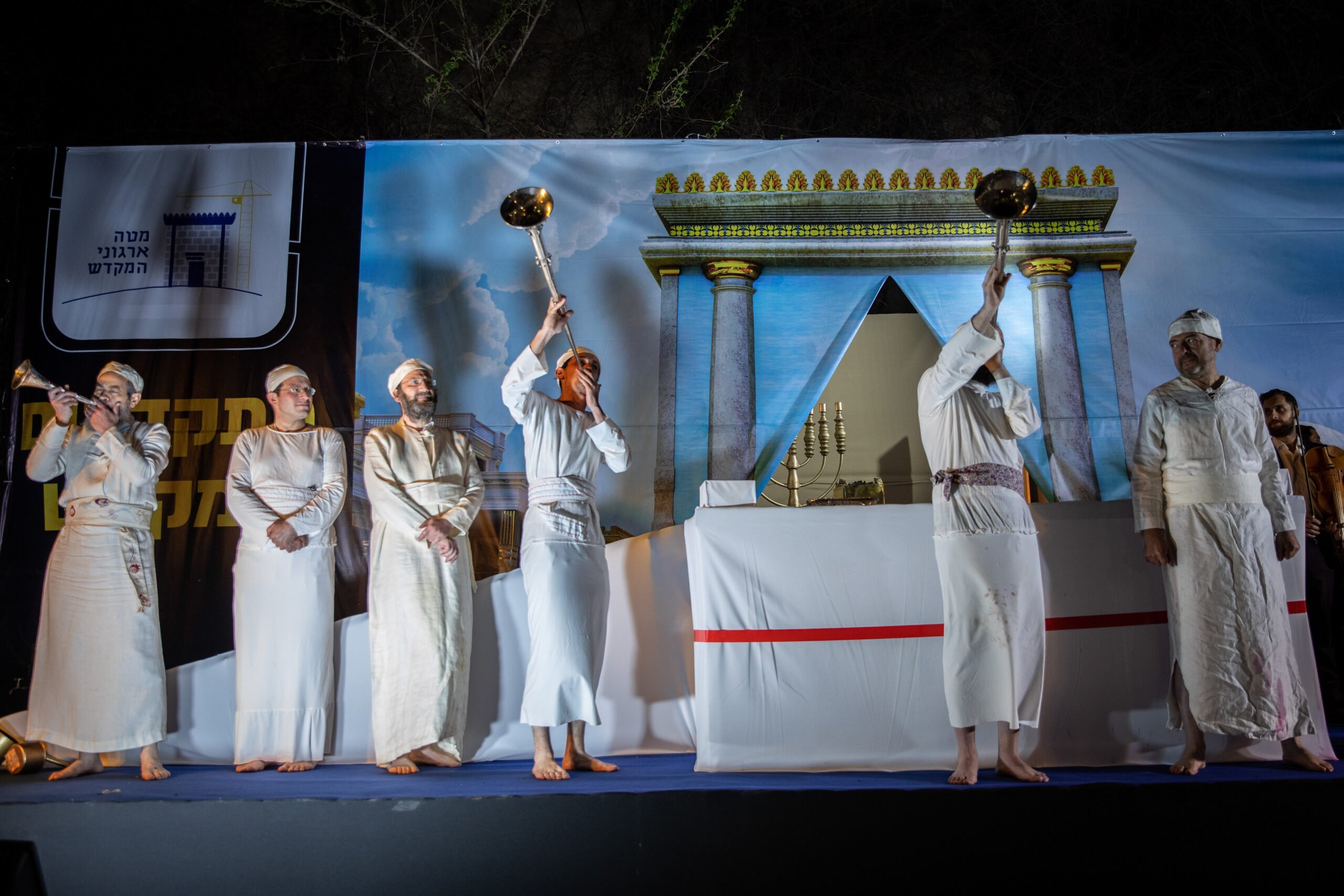 Jewish men rehearse for the day the temple is rebuilt.

We hear unmentionable crimes mentioned daily in the news. Therefore, we must admit the potential depravity in mankind, present to an extent in the actions, or at least the thought lives, of even the best of us.

That is the straightforward, simple logic of the Hebrew scriptures. “[The one who] has kept all My statutes and observed them, he shall surely live. [But] the soul who sins shall die” (Ezekiel 18:19-20;Ezekiel 18:19-32). A merciful solution was provided in Leviticus for Israelites who tried but failed to stop sinning. The solution was a nearly endless procession of innocent animals – brought by Israelites to the Tabernacle and Temple as sacrifices – suffering the consequence of cessation of life in their place. It was not merciful to the *animals, but merciful to the humans.

“For the life of the flesh is in the blood, and I have given it to you upon the altar to make atonement for your souls; for it is the blood that makes atonement for the soul.” (Leviticus 17:11)

* Jonah 4:10-11 and other passages show that God also has pity on animals. However, God is willing to suffer the death of animals for the sake of people.