Why exactly is he on trial, and how long’s it expected to take for a verdict?

Prime Minister Benjamin Netanyahu appeared in the Jerusalem District Court on Monday to face charges against him in Cases 1000, 2000 and 4000, alleging bribery, breach of trust, and fraud.

Netanyahu, who left the court after a short session, pleaded not guilty to all charges.

The hearing began with an oral statement from the various defendants, including the prime minister, following the written answers their lawyers sent to the court last month.

Due to the Coronavirus constraints, the hearing took place in the new and larger courtroom. The number of representatives of each defendant was limited, the journalists sat in another room when what happened in the courtroom was broadcast to them on CCTV.

Netanyahu asked his supporters not to arrive at the court and not to congregate. A small group of anti-Netanyahu protestors staged a demonstration near the court. 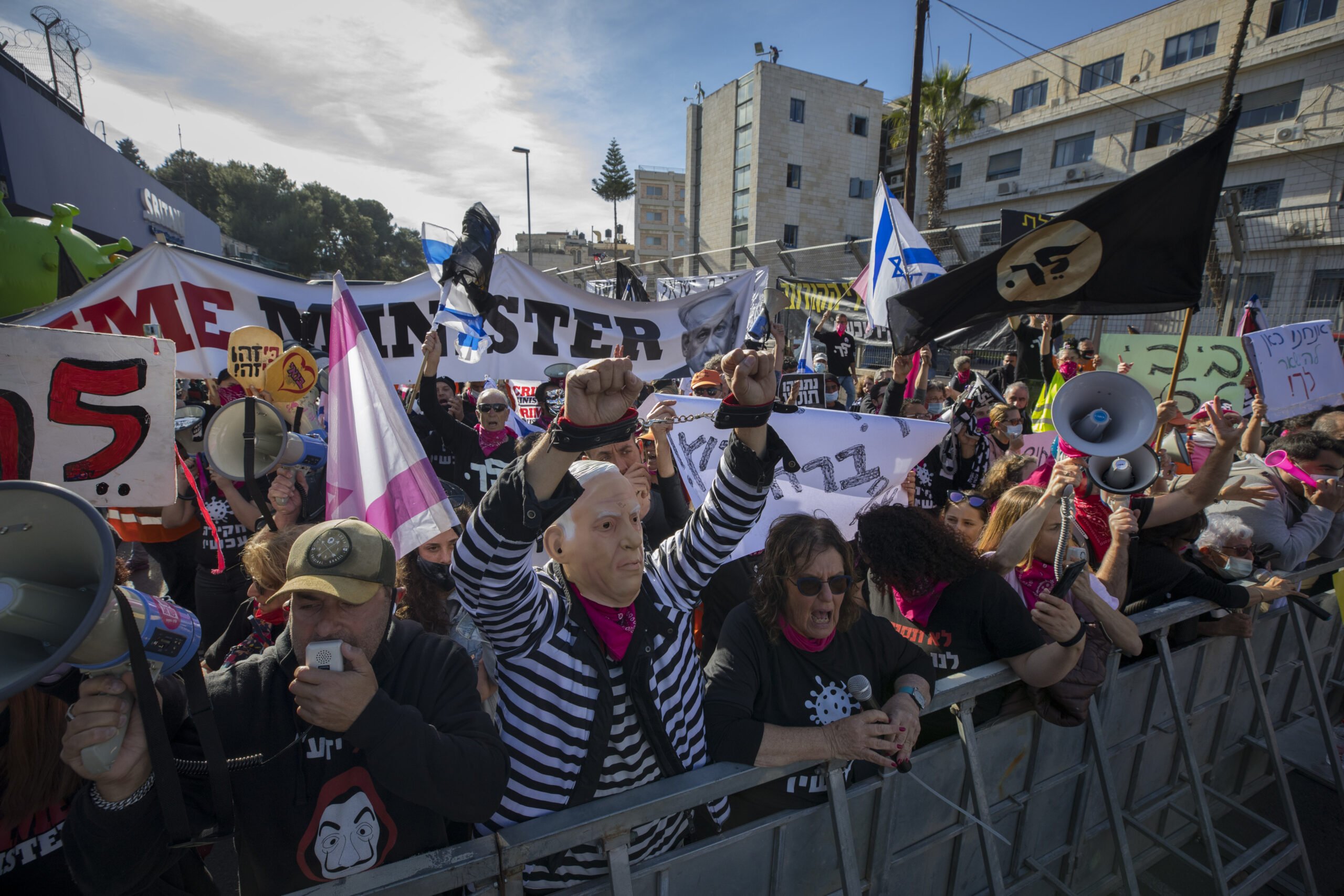 A group of anti-Netanyahu protesters held a demonstration near the court.

What’s he on trial for?

The trial is expected to last for years.

Netanyahu, the first sitting prime minister in Israel’s history to be tried, has repeatedly denied any wrongdoing and his supporters have called the allegations a witch hunt by a “hostile media” against him and his family and have accused the judicial system of attempting to unseat a prime minister in an undemocratic process.