While it would be cynical to say that anyone sees the coronavirus as a godsend, Israeli leftists are certainly making the most of the situation by eagerly painting Prime Minister Benjamin Netanyahu’s measures to curb the disease’s spread as dictatorial.

For the past two years already, the Israeli Left has been pushing the message that in order to preserve democracy in the Jewish state, Netanyahu must be ousted from power.

The coronavirus and the resulting heavy restrictions implemented by the government (which are really not all that different than those imposed in other countries) provided a golden opportunity to “prove” the leftist argument. The one measure taken by Netanyahu’s government that does go beyond what most other democracies are willing to stomach is allowing Israel’s security services to use classified technology to track the movements of citizens suspected of being infected. The move has been panned as a severe violation of privacy rights. 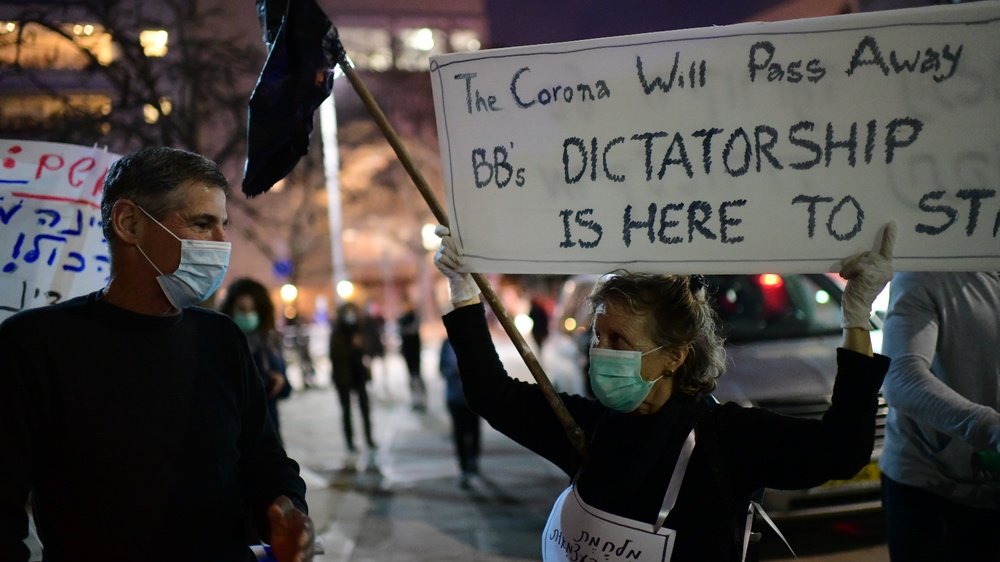 Not a few Israelis are convinced Netanyahu is a dictator.

But is it dictatorship?

Draconian as some of the government’s measures have been, claiming that Netanyahu will not relinquish his new powers after the crisis has ended would seem akin to the type of right-wing conspiracy theories at which leftists so often scoff.

It is hard to imagine such a scenario in Israel’s hyper-democratic atmosphere. To say that Israel’s press is able and willing to criticize the nation’s leaders is an understatement; anyone and everyone can form a new political party and run for Knesset, as demonstrated by the dozens of factions that vied for our votes in the last three elections; and many on the other side of the fence assert that Israel’s balance of power is actually tilted too far toward a Supreme Court that routinely overrules the government. In short, Israelis are not a passive population that is willing to take lying down something with which they disagree.

Concluding that Netanyahu can and will manage to retain, let alone wield dictatorial powers requires a great deal of mental gymnastics.

And yet, Sunday’s demonstration in Rabin Square in Tel Aviv suggests that not a few Israelis have indeed been convinced that Bibi (to use the prime minister’s nickname) intends and will somehow succeed to turn Israel into another Turkey, or even Iran (considering the ultra-Orthodox religious character of the political factions most responsible for propping up Netanyahu’s rule).

There have been a series of “Black Flag” demonstrations in recent months, but Sunday’s was the largest (attended by over 5,000 people who all maintained a distance of six feet from one another) and most political, as it finally opened the stage to opposition politicians. 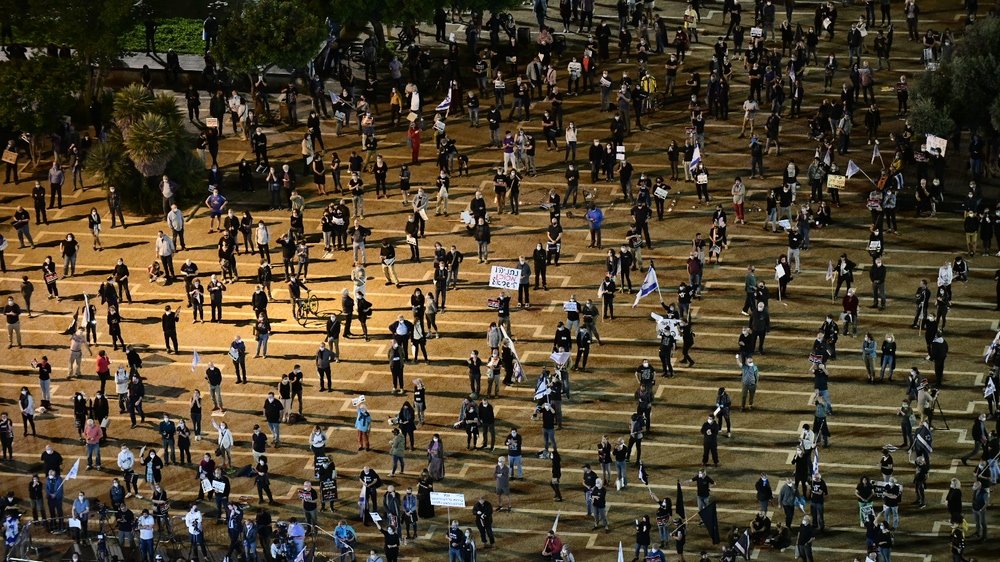 Israelis maintain a safe distance from one another while protesting against Netanyahu.

Yesh Atid party leader Yair Lapid was the most vocal, telling the crowd: “This is how democracies die in the 21st century. They’re not wiped out by tanks overrunning parliament. They die from within. Five years ago, Turkey was still a functioning democracy. Four years ago, Hungary was still a democracy. They died from within. Because good people were silent and weak people surrendered.”

Lapid and others insist that Netanyahu’s top concern is not the wellbeing of the state, but his own political survival, to say nothing of avoiding jail time on the criminal charges he currently faces.

The opposition politician was adamant that it was a gross conflict of interests and violation of democratic norms for a prime minister who is facing indictment to also be allowed to appoint new police chiefs, prosecutors and judges.

“A person with indictments can’t appoint a police chief, a state prosecutor, an attorney general, the judges who will deal with his case. That is Netanyahu’s list of demands,” Lapid said of the faltering, but ongoing unity government negotiations. 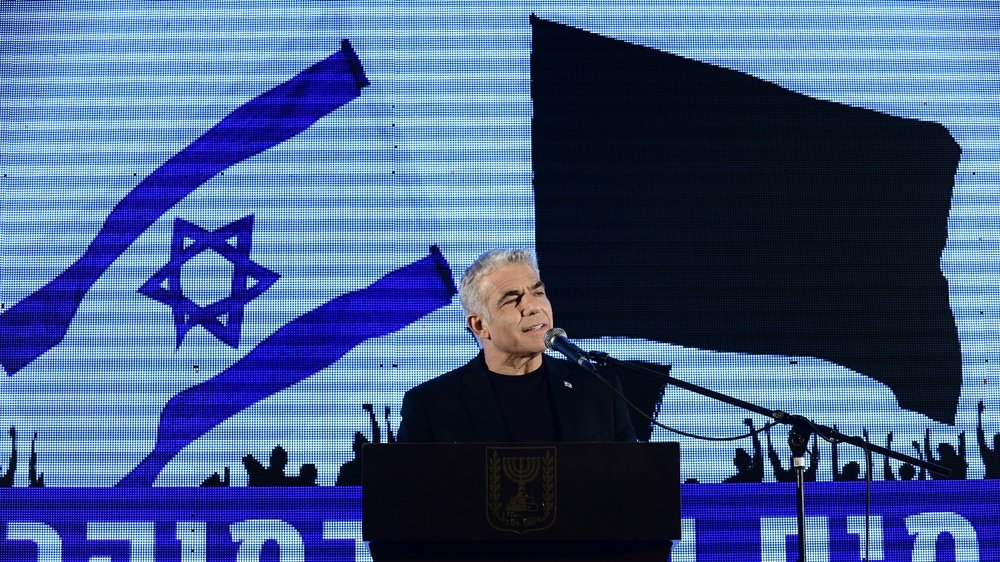 A wrench in the gears

And therein lies a major hiccup for Lapid and the rest of the Left. The very fact that Netanyahu has a partner for unity government negotiations belies the severity of the leftist message.

Up until a couple weeks ago, “Blue and White” party chief Benny Gantz was the face of the “Just Not Bibi” movement.

But when Gantz was handed the mandate to form the next government, he chose to treat with Netanyahu rather than go to a fourth election, and that for the sake of finally giving the people of Israel a functioning government in a time of crisis. And he did so even though it meant parting ways with Lapid and his party, and seriously diminishing the parliamentary influence of Blue and White.

If Gantz truly believed Netanyahu to be a genuine threat to Israel’s democracy, and therefore its long-term future, would he have done that, even for the sake of a unified front in the fight against the coronavirus? After all, COVID-19 will soon pass, but a bonafide dictator could hurt Israel for many years, if not generations to come.

It’s difficult to believe that a top former military commander, especially one so cautious as Gantz, would now be so reckless. Far easier to believe is that comparisons between Netanyahu and the world’s worst dictators are grossly exaggerated, and Gantz knows it.