Palestinian Election: A Selection of Dictators

The first Palestinian Authority election in 15 years might have been called with good intent, but now it’s been predictably canceled

Palestinian President Mahmoud Abbas has finally canceled the upcoming election scheduled for May 22nd in the Palestinian-controlled territories. This was to be expected, and of course he blamed Israel. The reason he gave was that Israel had barred the Palestinian residents of East Jerusalem from participating. This excuse is not only clever, it might have been coordinated with Israel.

The idea of ​​calling elections within the Palestinian Authority for the first time in 15 years was well meant, because that is part of every democracy. There was only one problem with this: According to every single poll, Hamas would have won a majority.

In addition to the parliamentary vote, an election for President of the Palestinian Authority was scheduled for July, and polls showed Hamas leader Ismail Haniyeh beating Abbas for the top spot with 27.7 percent of the vote. Part of this had to do with internal friction within Fatah that has weakened Abbas. Of course, the Palestinians are frustrated and want elections. I know numerous Palestinians who rave about Israel’s democracy, despite all the criticism they have against the Jewish state. But what good is an election if all the candidates are tyrants and terrorists? That won’t improve anything. 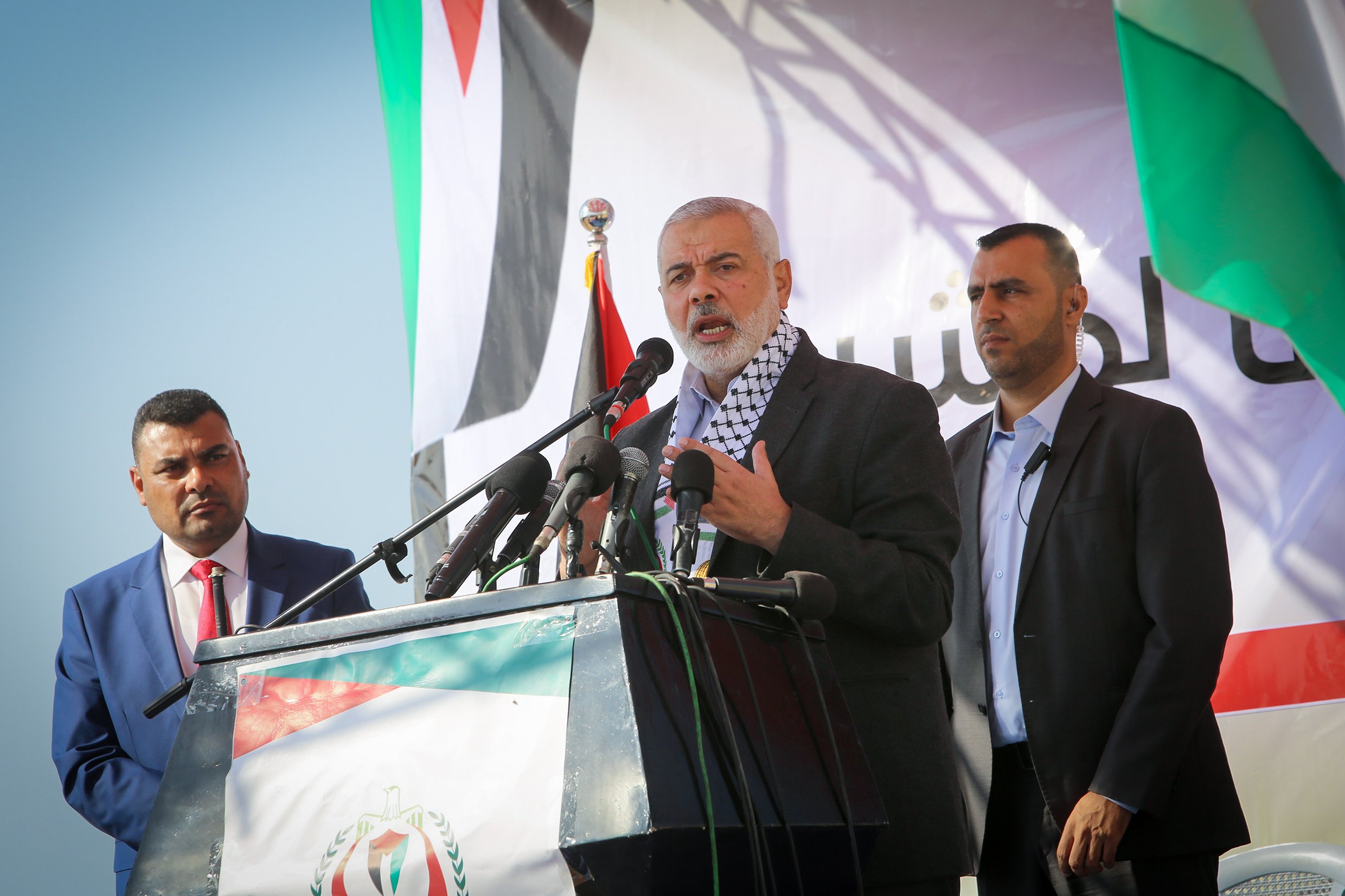 Hamas stated that the cancellation of the elections contradicts the national consensus and all agreements between itself and Fatah. Hamas also accused Abbas of saying that “this was the behavior of dictators.” This statement is a joke in itself, a Palestinian told me via WhatsApp. “Both are dictators, Fatah and Hamas. One [party] is corrupt and the other is even more corrupt,” said Ayman from East Jerusalem. When I asked him who’s more corrupt, he told me, “It doesn’t matter. If you vote for Fatah, it’s Hamas, and if you vote for Hamas, it’s the other way around.”

But I also know Palestinians who want a Hamas government in Jerusalem. From their point of view, Islam must reign in Al Quds, and they consider Hamas to be the most suitable for this. They are often nice Palestinians who work with us, but have a completely different idea of ​​Hamas than we do. In the building where our editorial offices are located, I know two Palestinians who would have voted for Hamas. Why, I asked? “Because Abbas and his family are thieves and Hamas follows Sharia law,” one of them told me. They really believe that Hamas would not cheat them. 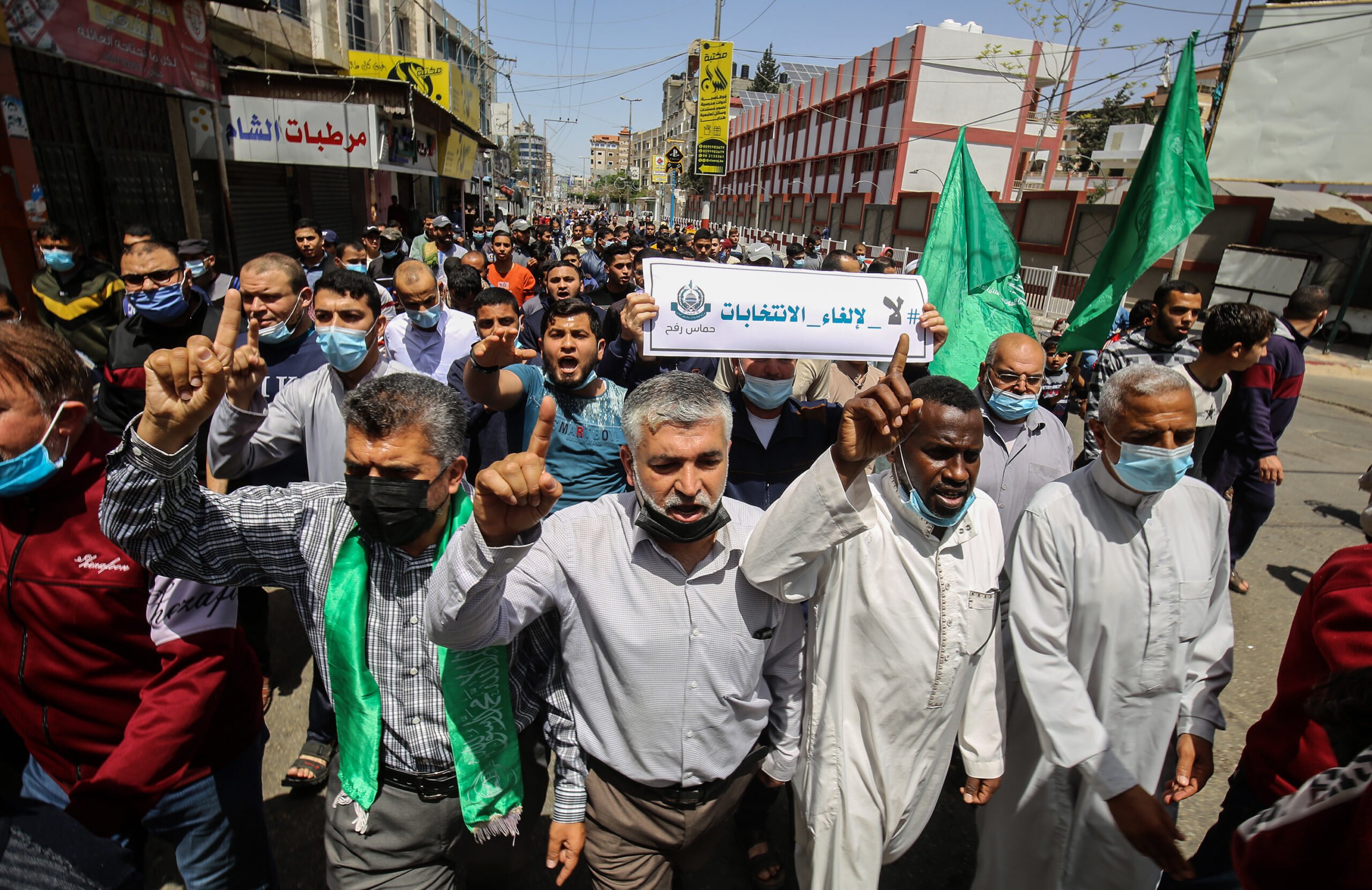 In Gaza there were protests against the cancellation of the elections

It was publicly acknowledged in the Palestinian press that Abbas’ speech in Ramallah was misleading and that he canceled the elections for only one reason, namely because Fatah was guaranteed to lose. Hamas in turn blames Abbas and warns of consequences. Ultimately, everyone blames the other.

Germany, France, Italy and Spain expressed their disappointment at the cancellation of the Palestinian elections and demanded a new date from Abbas. What good is a new date when everyone knows that a Hamas regime will take over, including in the biblical heartland of Judea and Samaria? European countries probably have to say this to remain politically correct, but it doesn’t make sense for anybody, neither for the Palestinians nor for Israel nor for the EU. “What good are elections if they only install a new dictator?” Does anyone imagine that Hamas will behave better and nicer toward Israel? Will Hamas not try everything to attack Israel with rockets from Ramallah and Nablus? True, there are no underground tunnels there. Not yet. But anyone who knows Islamic zealots like the Hamas, knows that they will not rest in their efforts to harm Israel.

Continued Uncertainty for Israel: Netanyahu Fails to Form a Coalition

Jesus Debated in Israel as in the Days of Paul

Meron Disaster Stirs Euphoria and Joy on the Arab Street