Sheikh Jarrah: What’s All the Hubbub?

It’s everywhere you look. People around the world who previously had no idea what Sheikh Jarrah even was are now treating the East Jerusalem neighborhood as a cause célèbre. It’s the kind of public relations coup that’s the Palestinians’ forte.

No one has died, despite the constant use of the word “bloodshed,” and this isn’t some mass expulsion event, even though it’s being portrayed as such.

At its core, the Sheikh Jarrah controversy is over two properties that prior to the Jordanian invasion, occupation and annexation of eastern Jerusalem were owned by Jews. In 1956, Jordan and the UN decided to house dozens of Arab families in two compounds built on the Jewish properties. Eleven years later, Israel gained control of eastern Jerusalem, and in 2010 the Supreme Court of Israel rejected appeals by the Arab families claiming that they now own the properties because they had lived on them for the past 54 years.

In other words, this is a decades-old and relatively minor property rights dispute. Only the Palestinians could turn it into a crisis worthy of global headlines and successfully paint Jews trying to reclaim Jewish-owned property as an attempt at “Judaizing.”

That’s because they have a willing audience. In the eyes of the international community, steeped as it is in a history of antisemitism, Jews are not afforded the right to reclaim lost property. The UN is going so far as to suggest that should the Israeli courts determine that the present occupants of these properties can be evicted, and should the Israeli authorities act on such a ruling, this would be tantamount to a “war crime.” 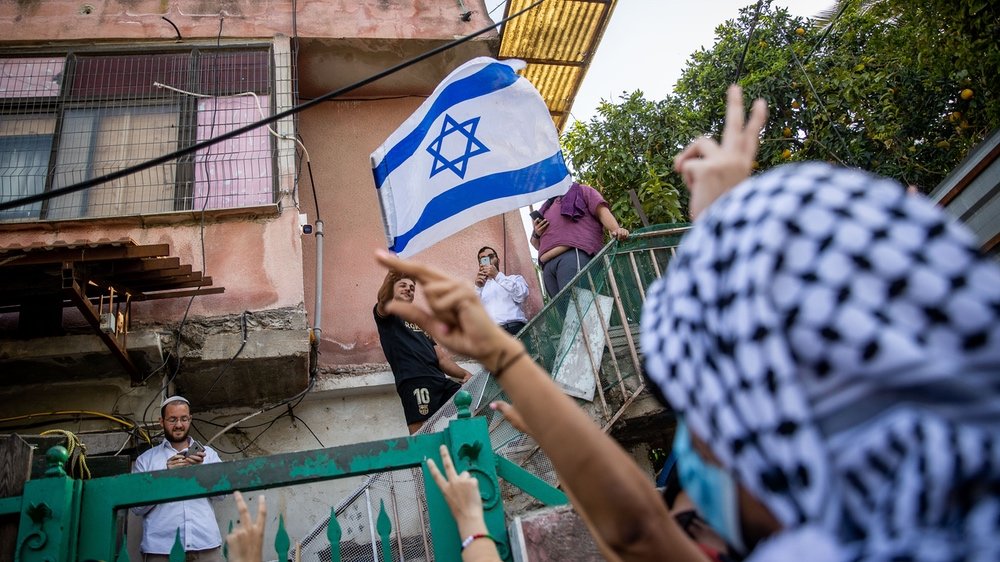 Jews and Arabs seen arguing outside one of the shabby apartment complexes at the center of the dispute.

“We are all Hamas”

For Palestinian nationalists, new developments in this old property dispute centered on Sheikh Jarrah are merely a catalyst, a convenient excuse to reengage Israel on the battlefield, both physically and figuratively.

Their true aim, as it always has been, is reestablishing Islamic control over all Jerusalem and the entirety of the Holy Land.

As the Sheikh Jarrah protests spread to the Temple Mount, where Palestinian Muslims were wrapping up Ramadan prayers, Arab youth waved Hamas flags and shouted, “In spirit and blood we will redeem Al Aqsa.”

The chanting continued: “We are all Hamas, waiting for your orders commander Mohammed Deif. Hamas — shoot a rocket at Tel Aviv tonight!”

What’s Hamas or the Al Aqsa Mosque got to do with two apartments buildings in Sheikh Jarrah? 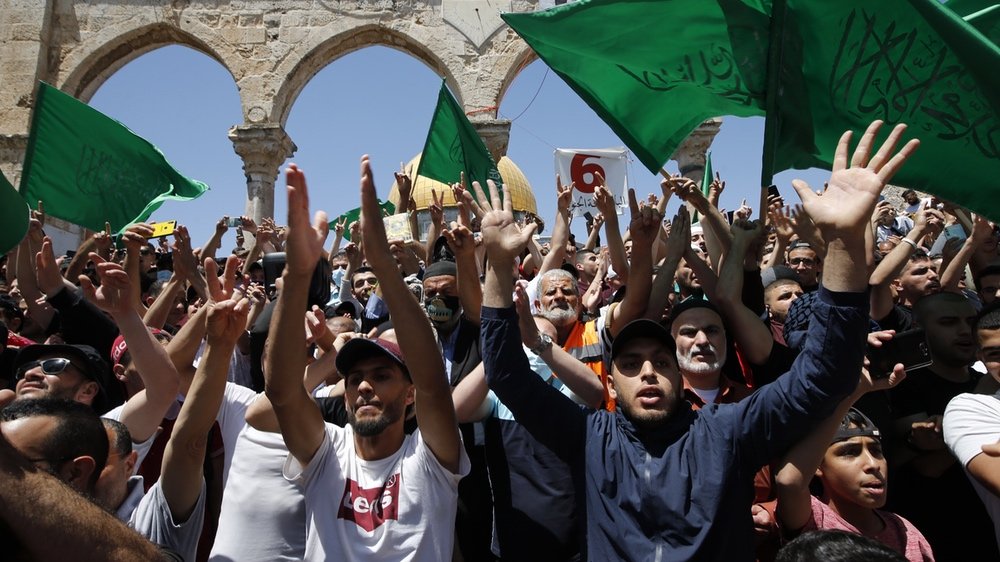 Just an excuse? Waving Hamas flags over a property dispute kind of tells you what’s really going on.

Stoking the flames of intifada

Keen to not let Hamas have all the glory, and wary of what that could mean if and when Palestinian elections are held, the Palestinian Authority leadership also stoked the flames of violence over the weekend.

“The public awakening and the struggle against the occupation and the settlers must continue,” read a statement released by the ruling Fatah party. 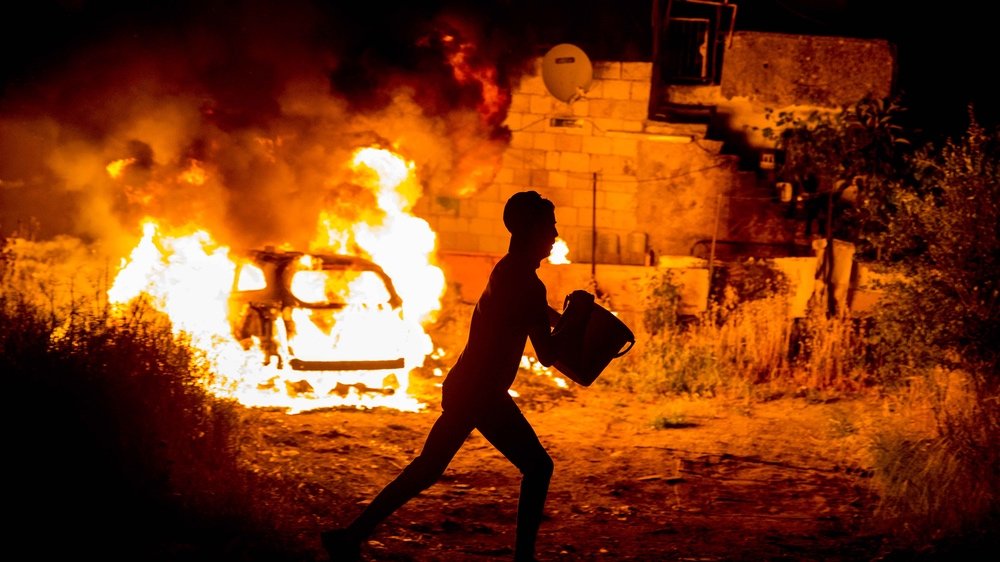 Must Israel suspend application of its laws for fear of Palestinian violence? Arab rioters in Sheikh Jarrah set a Jewish family’s car on fire.

The international media and world leaders strongly hinted that Israeli “provocations” (ie. Jews suing to reclaim Jewish property) were solely to blame for the rising tension. But Israel’s Foreign Ministry insisted that Palestinian incitement was at fault.

Israel Police Commissioner Yaakov Shabtai rejected accusations that this was an assault on Muslim rights and Islam itself, noting that Israel “constantly works to enable freedom of worship” for the adherents of all religions. “At the same time, we will not allow violent riots, breaking the law and harming police officers.”

A Father’s Wartime View From the Galilee

The Real Problem and the Real Opportunity