For Israel the great concern regarding America’s abandonment of Afghanistan and the subsequent rapid Taliban takeover is not on the military front. There is no immediate military threat that can defeat the IDF, and that’s likely to remain the case for the foreseeable future.

The two big concerns for Israel are:

It is clear that the Middle East at large is not America’s top priority. Washington has its sights set more firmly on China.

“The Iranians want a weak US, and after the American withdrawal from Afghanistan, from an Iranian point of view, the US is undoubtedly weaker. There is no doubt that US allies will see the American withdrawal from Afghanistan as a sign of weakness, and Washington need to address this problem,” stated Dr. Dore Gold, former Director General of the Ministry of Foreign Affairs, Israel’s Ambassador to the UN, the Prime Minister’s Political Adviser and currently President of the Jerusalem Center for Public Affairs

According to Dr. Gold, the war in Afghanistan is an example of the new age of warfare, which countries like the US are realizing they can’t win by conventional means and are instead convincing themselves that it is better to retreat than to fight for years on end to no avail. But even if there is justification for the American withdrawal, Gold said the question still must be asked: “Is Iran happy today? Iran is no doubt conflicted over the withdrawal. Iran warred with the Taliban in the past. The Taliban has been an enemy of Iran, even though in recent years the Iranians have been willing to help the Taliban fight the US. They are extremist Shiites – they do not know what will happen in the future. Iran’s eastern border with Afghanistan was more or less stable, but today there is a lot of uncertainty.”

Gold also said that the “axis of evil” may feel emboldened after the American withdrawal from Afghanistan, so it is very important that Israel open a dialogue with Western and pro-Western countries on the new reality in our region and how to strengthen Western deterrence in the period of American withdrawal. 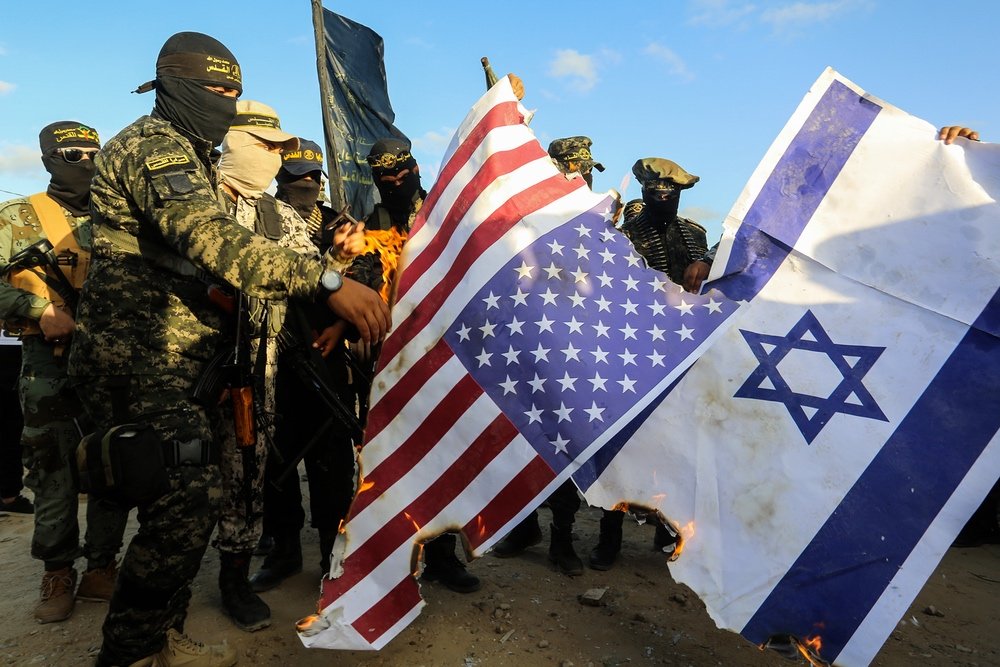 The extremists who are today cheering America’s failure in Afghanistan will soon turn their sights on Israel.

Dr. Nimrod Goren, president and founder of Mitvim – The Israeli Institute for Regional Foreign Policies – says that US President Biden is expected to win the support of American public opinion in his handing of the Afghanistan situation: “This is part of a long-term strategy by the president, aimed at reducing American involvement in foreign wars, investing resources in major internal reforms, and then leveraging renewed US power to increase global influence and enhance American interests, goals and values. In the short term, however, the move in Afghanistan contradicts fundamental principles in Biden’s own foreign policy positions, and may encourage extremists in other parts of the Middle East.”

Sacrificing his positions in the short term for the sake of a long-term vision could diminish public support for Biden, noted Goren, which could lead to the Afghanistan withdrawal being labeled his first foreign policy failure. At the same time, that could prompt the Biden Administration to invest more effort in achieving a new nuclear deal that limits Iran’s regional influence, via dialogue with US allies in the region, which would also serve to allay their concerns regarding US commitment to them.

For Israel, Goren believes, the American withdrawal from Afghanistan should not be seen as a withdrawal from the Middle East. After all, the United States under Biden continues to act on Iran, is committed to advancing normalization agreements with Arab states, and has demonstrated capacity to act on the Israeli-Palestinian issue.

Brig.-Gen. (ret.) Yossi Kuperwasser, a senior researcher at the Jerusalem Center for Public Affairs, says that “the speed of the collapse of the Afghan government and the army set up by the Americans, with its 300,000 troops and advanced equipment, in the face of Taliban forces, is cause for concern. It shows how the Americans lacked the cultural and political understanding to change Afghanistan, and how erroneous this approach was in the first place. It is further evidence of the difficulty that the West in general, and American intelligence particular, has in understanding the Islamic world.”

Kuperwasser adds: “The withdrawal will be seen as another example of American weakness, stemming from an unwillingness to pay the price in human lives and money needed to succeed in the ongoing struggle against radical Islam, and may therefore strengthen extremist Islamic elements such as Iran, Al Qaeda and ISIS, and encourage them to challenge the US and its allies.”

At the same time, Israel has stood its ground against these same radical Islamic elements, and more and more the moderate Arab states might start looking to Israel as a more stable ally than the United States.

Meanwhile, an analyst for the Turkish publication Independent, Mr. Oğul Tuna, warned in remarks to Israeli media that the Taliban takeover in Afghanistan could have harmful effects on Israel’s burgeoning ties with Central Asian nations like Azerbaijan and Uzbekistan.

Israel relies in particular on Azerbaijan as a key ally in the conflict with Iran. If Taliban manages to somehow disrupt those relations, it would be a major win for the Islamic Republic.

It will come as a surprise to no one that while the rest of the Middle East watched what was happening in Afghanistan in horror, the Palestinian terrorist movement Hamas was perhaps the only group in the world to publicly congratulate the Taliban on its conquest.

A statement issued by Hamas read:

“We congratulate the Muslim Afghan people for the defeat of the American occupation on all Afghan lands, and we congratulate the Taliban movement and its brave leadership on this victory, which culminated its long struggle over the past 20 years.

“While Hamas wishes the Afghan Muslim people and its leadership success in achieving unity, stability and prosperity for Afghanistan and its people, it stresses that the demise of the American occupation and its allies proves that the resistance of the peoples, foremost of which is our struggling Palestinian people, will achieve victory.”