They’ve existed for 30 years. But it was only following the beating of police officers by a handful of residents of the Arab town of Kfar Qassem earlier this month that most Israelis became aware of a local Islamic militant group called Al-Hirasa (The Watchman).

As it happened, these militants were beating police officers who were trying to break up an earlier violence incident of some kind.

This video showing two police officers being beaten up while their colleagues are making no effort to help them, scandalized Israelis, who attributed this impotency to a government policy of merely containing Arab violence. But as we learned during the street violence that accompanied last May’s Gaza war, not all local Arab violence is criminal in nature. It’s also flat-out terrorism.

The arrest of a few of the Al-Hirasa assailants didn’t improve the image of the police, particularly not after Internal Security Ministry Omer Bar-Lev tweeted that he is proud of the officers seen in the video, who “have acted as expected from policemen in Israel.” Don’t ask me why Israeli policemen who are getting beaten up with no response on their part are a source of pride for the minister.

Al-Hirasa was gone unnoticed in part because it is funded by the municipality of Kfar Qassem, among others. This means that this is an organization approved by Israeli authorities, who apparently believed this organization was, as it claimed, a social movement providing aid to the needy and protection from Arab crime. It should be noted that Hamas gained initial popularity under the same pretext. And we all know how that ended up. And like Hamas, Al-Hirasa to is a religious organization run by the Islamic Movement, represented in the Knesset by the Ra’am party.

The question then is why Israel ignored this organization until it literally punched it in the face, and why in all likelihood this organization will continue to operate as a semi-civil guard force supposedly helping municipalities to maintain law and order in Arab towns and villages.

And the answer would be that Israelis from top to bottom refuse to believe what the leaders of Israel’s “Palestinian” citizens have been long saying openly. We have seen how this disbelief played out in the Oslo Accords, which instead of bringing peace brought death and destruction upon Israel. And it’s not as if Israel’s security forces did not hear Yasser Arafat saying his peace agreement with Israel was a Trojan horse. They heard him, but did not believe he really meant what he was saying.

They knew he smuggled terrorists in his car when he first entered Gaza. They knew he smuggled weapons. And they must have known, or should have known, about the meeting of the PLO leaders in Yemen about a year after Israel expelled them from Lebanon in 1982. They should have known about Abdullah Haddad’s “tactic” song sang in front of the laughing crowd who understood perfectly the tactic/taqqiya play on words. To the delight of the crowd, Haddad was singing to them that Arafat’s peace talks were nothing but a grand deception. Israel must have known all of it, yet did nothing about it because Yitzhak Rabin and Shimon Peres refused to believe Arafat could be tricking them using the old-fashioned tactics of Islamic Taqiyya.

The very same thing is going on with Israeli Palestinians, not Israeli Arabs. The reason given by Prime Minister Naftali Bennet’s Yamina party for including the Muslim Brotherhood-aligned Ra’am party in his coalition is, to quote Nir Orbach, because Ra’am leader “Mansour Abbas has set aside his national aspirations.” Orbach does not even attempt to answer why Abbas laid aside his national aspirations, or for how long. These two questions should have been answered by any responsible member of the government, but no one cares to answer them, perhaps because they frighten them. So instead of cutting the monster’s head, the government is feeding it with billions of shekels in hopes that paper will somehow calm the its craving for flesh. 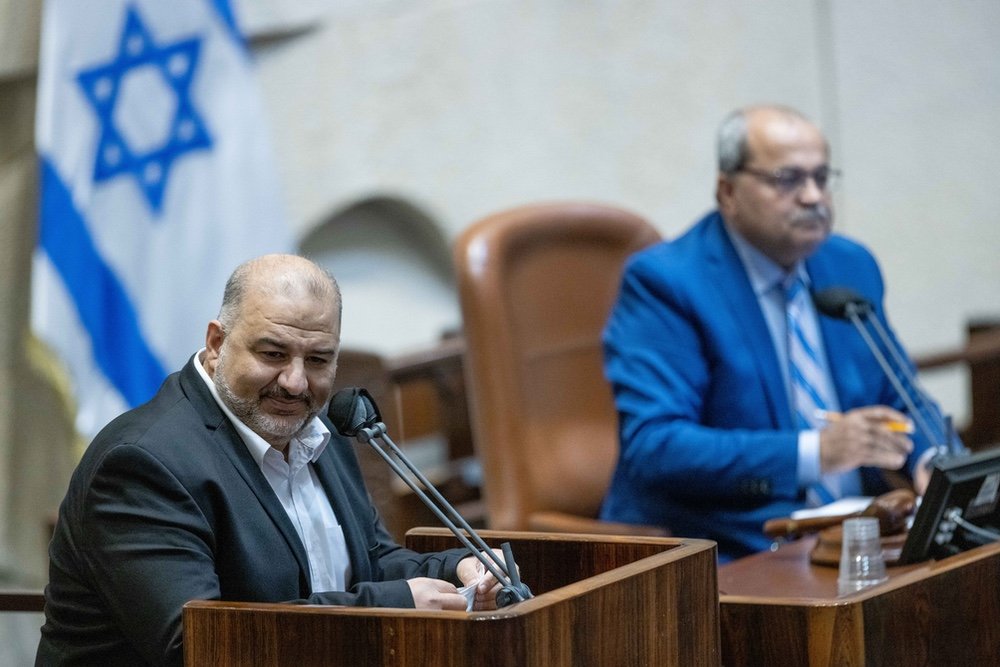 Coalition lawmaker Mansour Abbas. Has he really dropped the Palestinian agenda, or is he an Islamic wolf in Israeli sheep’s clothing?

And really, one does not need to guess Abbas’ reasons for laying aside his national aspirations. They were all spelled out in The Future Vision for the Palestinian Arabs in Israel – a manifesto published by “the national council of Arab municipal councils in Israel.” Though published back in 2006, most Israelis have never heard of it, and one suspects that neither have any member of the present government.

This 40-page document spells out Abbas’ national aspirations, and the ways and tactics needed to realize this vision. It is similar in every way to the national aspirations of Mahmoud Abbas, who dreams of replacing Israel with Palestine. To realize this vision, Israeli Palestinians (“Israeli Arabs” is a myth) demand of Israel that it become a consociational democracy that would serve as a waypoint to a Palestinian state replacing Israel.

The Reut Institute, that also translated the manifesto and made it available to the Israeli public, notes that the increasingly appealing idea of consociationalism, which stands in contrast to the concept of majoritarian democracy, “is a form of democracy that seeks to regulate and stabilize a society comprised of diverse groups. In recent years, it has become a major demand of Israeli Arabs.” One attribute of this kind of democracy is “Segmental Autonomy – giving minority groups the possibility for self-rule within the boundaries of the state.” This alone means the end of Israel as a Jewish state.

Given this background, Israeli Palestinians are convinced that “Israel is an outcome of colonial action” that continues to see itself as the “representative of the West in the Middle East,” which means that Israel has no right to exist. This is why “we [Israeli Palestinians] demand consociational democracy that will allow us real partnership in government and decision making in order to secure our national, historical, civic, individual and collective rights.” If this idea is to be accepted, inevitably it will lead the State of Israel to “recognize Arab Palestinians in Israel as the indigenous national group.”

And if consociational democracy means “securing the rights of the Arab Palestinians,” it also means “official recognition of the injustice done to Arabs living in the land [of Israel] and to the Palestinian people as a whole.” Such repentance on the part of Israel will “allow the return of [Palestinian] refugees … to their original villages and cities.”

To achieve this ultimate goal the manifesto goes into what amounts to a detailed plan of subversion that includes, among other things, improving the economic condition of Arab Palestinian Israeli citizens. This is one reason why Mansour Abbas was willing to put aside for a while his national aspirations. This temporary suspension is what got him the 50 billion shekels he needed to realize this manifesto.

But just as Al-Hirasa went unnoticed, so is this eye-opening document that is spelling out with remarkable candidacy the agenda of what Israel prefers to call “Israeli Arabs,” who are in fact Palestinians using their civic rights to destroy Israel from within.