The centrality of the Temple Mount was on display last week during a meeting in the Knesset to discuss the state of the Mughrabi Bridge, the sole entry point to the holy site for Jews and Christians.

The Mughrabi Bridge, a large mostly-wooden structure situated adjacent to the Western Wall, is in a poor state of repair and experts fear it could collapse in the near future.

This doesn’t sit well with Members of Knesset, especially the Bible-believing Jews among them.

“The issue of ascending to the Temple Mount has to be at a top national priority for Israel,” said MK Simcha Rothman of the Religious Zionism faction. “The Temple Mount characterizes our connection to the Land of Israel.”

Rothman noted in remarks carried by Israel365 that it’s only been a couple of months since the deadly collapse at a religious event in Meron. But he stressed that the issue of the Mughrabi Bridge goes far beyond public safety.

The lawmaker went on to wonder how Mughrabi Bridge could possibly be sufficient to handle Jewish traffic to the holy site following the building of the Third Temple. 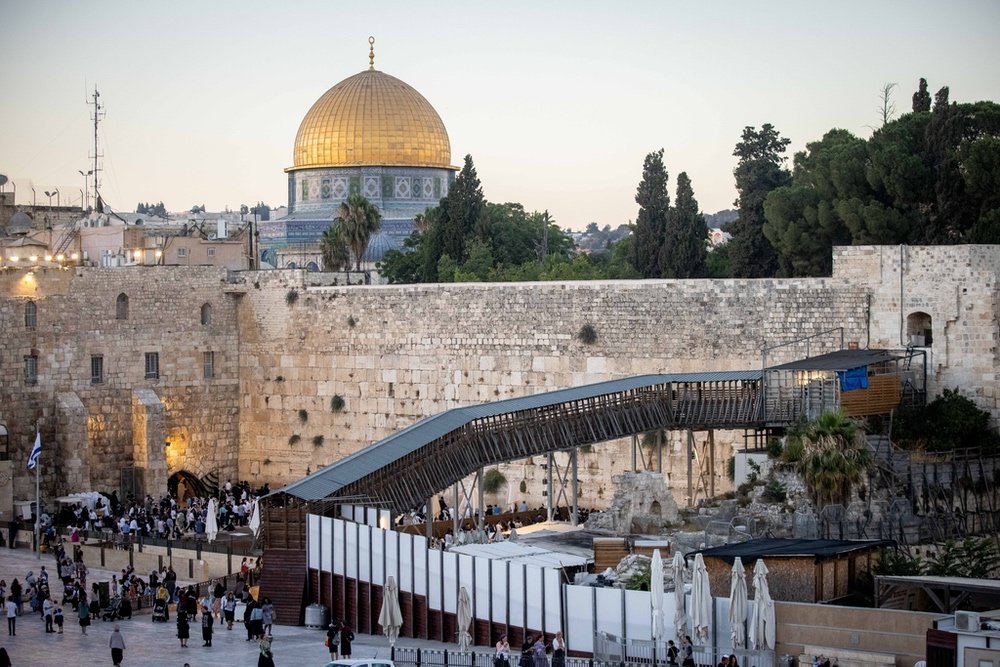 The Mughrabi Bridge is the only entrance to the Temple Mount for non-Muslims, and it’s in danger of collapse.

Jerusalem’s Temple Mount is today a source of bitter contradiction. It was with tremendous national joy that the holy site returned to Jewish hands in 1967, but today it is effectively ruled by a Jordanian-based Islamic Trust, or Waqf.

In addition, Israeli law technically protects freedom of religion and religious expression at the site, as it does everywhere else in the country, though in practice the Israel Police prohibit Jews and Christians from praying atop the Temple Mount or entering the compound with Bibles. This is done for fear of a violent outburst by Muslims.

Israel’s Channel 12 News reports that in recent months a small group of Jewish men have been holding regular prayer sessions atop the Temple Mount with the tacit approval of the Police.

“For months now, every morning this unofficial prayer quorum has been praying on the Temple Mount,” said Channel 12 religious affairs correspondent Yair Cherki, who filmed the inconspicuous prayer gathering. “This is a revolution, unfolding quietly and gradually under the radar.”

In order to keep under the radar, the Jewish worshippers do not carry prayer books, or wear prayer shawls, tefillin or any other overtly religious emblems. Nevertheless, Waqf officials are aware of the daily morning gathering, but thus far have not made a fuss over it, which is also a break from the status quo.

Sunday is Tisha B’Av, the Hebrew calendar date on which Jewish people worldwide mournfully commemorate the destruction of the Temple, as well as other tragedies to befall their nation.

But it is also a time of faith, of looking forward to a future in which the biblical prophecies are fulfilled and the Jewish Temple again stands atop the Temple Mount.

The Temple Institute is an organization established to prepare all the implements and protocols that will be needed when that day comes. And every year they put out a video clip showing how life might look after the Temple has been rebuilt.

The English-language clip features an average religious Israeli man having his morning coffee, before revealing that he is a Temple priest and showing his young son helping him get ready for his daily service within those holy courts.