The US Influence on the Israeli Protests

Jerusalem’s police on Tuesday night arrested 34 rioters who participated in protests against Prime Minister Benjamin Netanyahu calling for his unseating.

Demonstrators rallied around the prime minister’s official residence in the center of the city while blocking main routes and clashing with the police.

Tuesday night’s riots were the latest in several such events that took place in recent days in Tel Aviv and Jerusalem, and the demonstrations’ organizers have vowed to continue with their campaign to unseat Netanyahu. 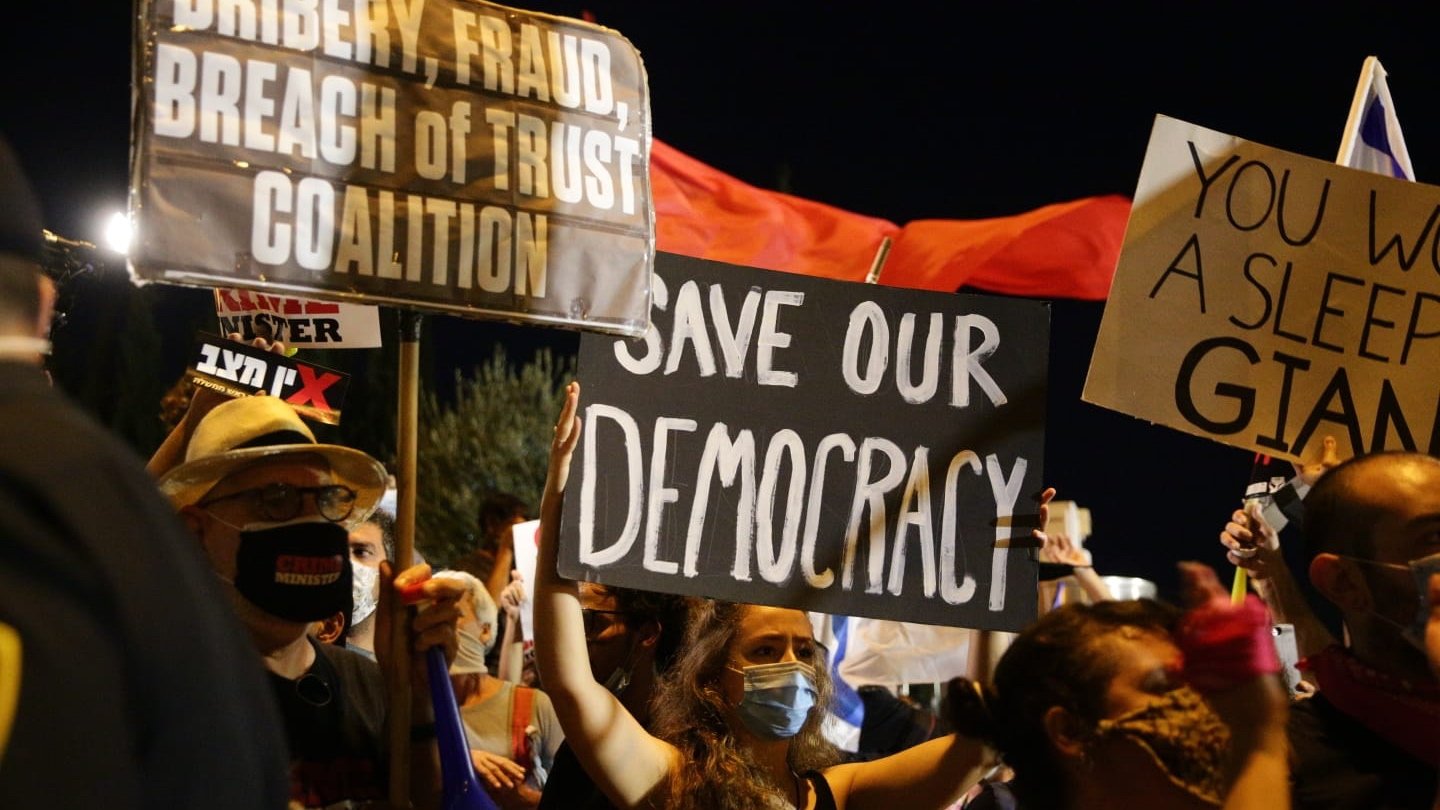 In the eyes of the protestors, they are fighting for the very survival of the State of Israel.

The protestors, who carry a mixture of messages, appear to be influenced by the recent wave of riots in the US surrounding the death of George Floyd.

At the Knesset on Tuesday night, one of the protestors climbed the famed Menorah, the state symbol situated adjacent to the entrance to the parliament, and exposed herself while waving a red shirt. 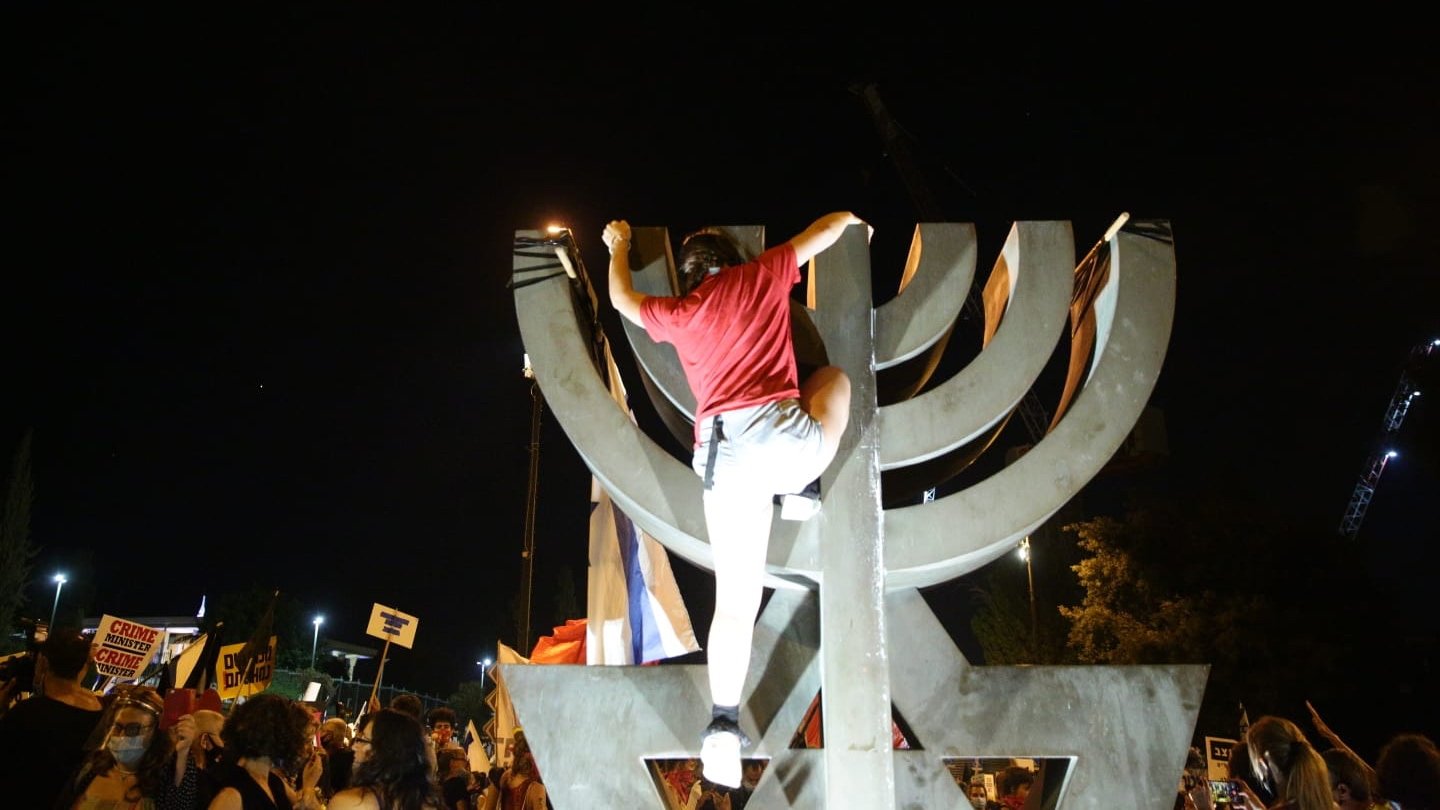 Desecrating national symbols is a hallmark of this new wave of demonstrations, both here and in the US.

The woman, a social work student in her 20s, told Ynet news Wednesday that she was inspired by a protestor in Portland who exposed herself a few days ago during a protest.

Another scaled the national symbol and waved a red flag.

The incidents in the US have seen the repeated disrespect of national symbols.

One marcher near the Knesset was seen waving an Antifa flag.

Another was seen marching with a mask of a pig’s head, possibly mimicking marchers in the US who carried an actual pig’s head. 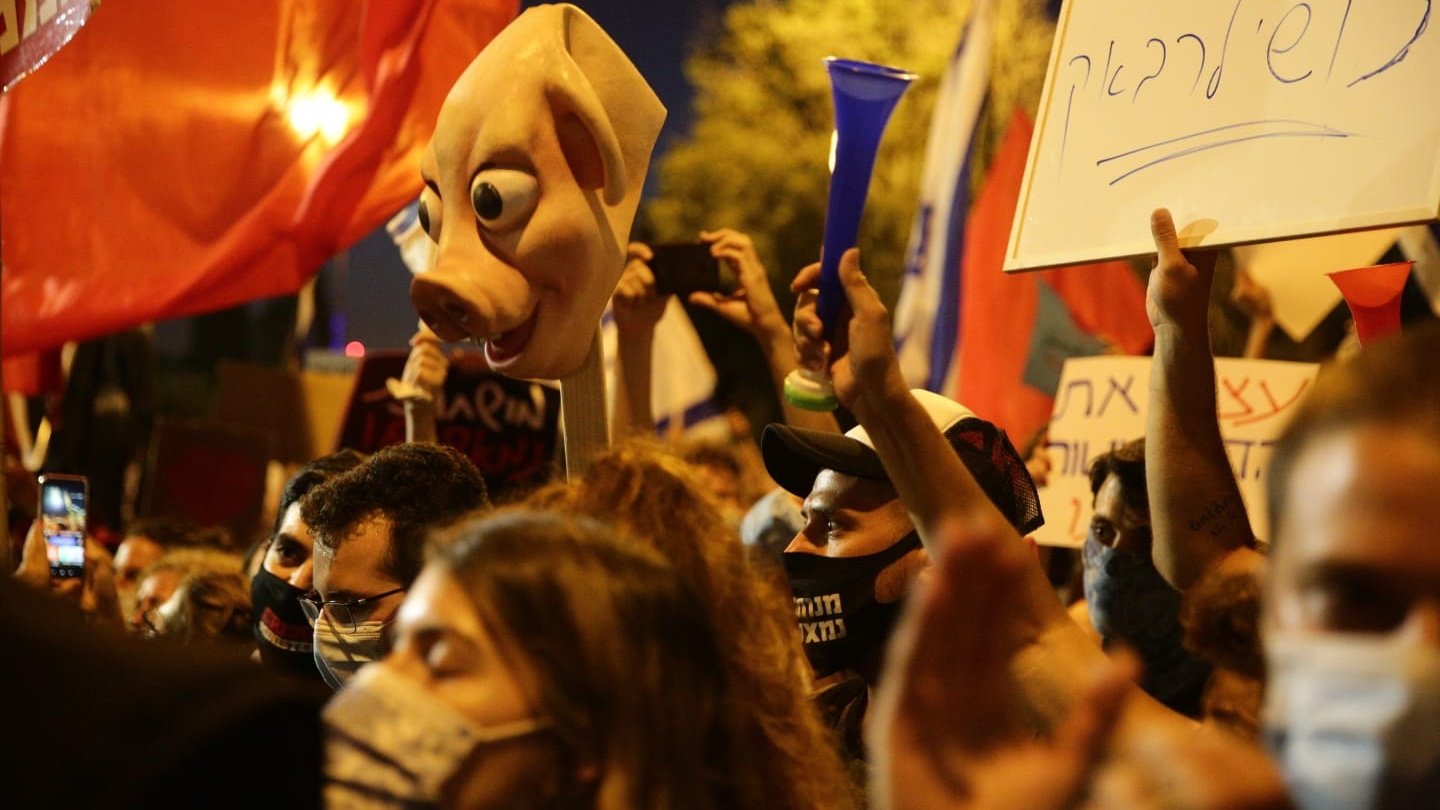 Israeli leftists have long accused Netanyahu of “swinish capitalism,” but couldn’t make much of an argument while Israel’s economy was prospering. The impact of COVID-19 has provided them a fresh opportunity.

Is Israel seeing the beginning of widespread US-like riots the wreaked havoc on the centers of several cities? Some incidents show that protestors are inspired by the incidents in the US, but the protests in Israel have yet to take on the encompassing scope and force of those in America.

When the Leader Speaks From the Heart