(JNS) Remnants of an ancient city, mysterious inscriptions, caves and catacombs, gorgeous scenery—all are to be found in Bet She’arim, one of Israel’s most impressive UNESCO World Heritage Sites.

Located in the rolling hills of the Lower Galilee between Haifa and Nazareth, Bet She’arim makes a great day out for families, nature lovers and history buffs.

The site has been recently updated, and a stop at the well-equipped Visitor Center to pick up a free map will orient visitors to the best pedestrian route around the large area.

Before you even hit the labyrinth of cool, illuminated catacombs, you can’t help but marvel at the landscaping, which includes both planted and native wild species. In late winter and spring, the park is carpeted with an array of multi-colored wildflowers, as well as the spectacular pink blossoms of the Judas tree.

The ancient town of Bet She’arim is first mentioned in the writings of Josephus, the first-century historian. The remains of a basilica from the second century BCE are still visible on the hill, but it’s what’s inside the hill that grabs most attention today.

A vast subterranean necropolis offers a fascinating look into the lives of people who lived and died here thousands of years ago. 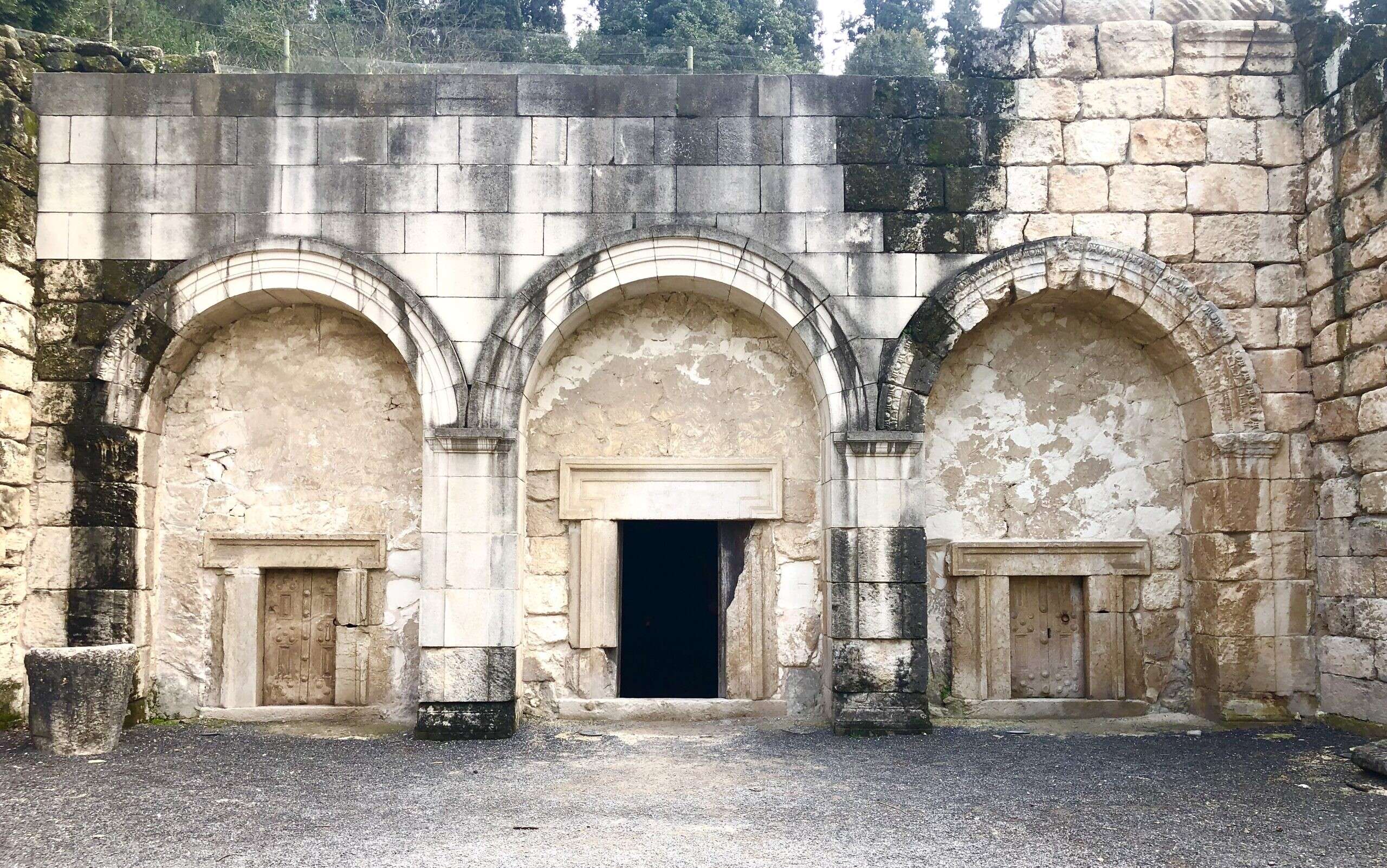 Entry courtyard of the Cave of the Coffins at Beit She’arim. Photo by Judy Lash Balint.

Excavations began in earnest in the 1930s and continued until 2018. Today, several dozen caves and dozens more chambers are open to the public. There’s plenty of light and height in most of the areas, and temperatures inside are comfortable, making it easy to spend a few hours gazing at the sheer variety of impressive ossuaries, tunnels, inscriptions and symbolic decorations.

Access to most of the caves is via open courtyards, many with impressive facades inspired by classical architecture. The whole effect is awe-inspiring. In one cave, known as the Cave of the Coffins, “the mother of all menorahs” was discovered. It stands more than 6 feet tall and 4 feet wide, and is one of many seven-branched carved stone menorahs found throughout the site. Other carvings in that same cave are taken from the animal world.

Beit She’arim became a center of Torah study after 165 CE when the Sanhedrin, headed by Rabbi Yehuda Hanasi, moved there following the Bar Kochba Revolt. Although he lived his last years in Zippori, the revered head of the Sanhedrin was buried in 220 CE in what was then the local cemetery of Beit She’arim. Over the next few centuries, Beit She’arim became the national burial place for other prominent rabbis and their families, since Jewish burials were prohibited in Jerusalem. Inscriptions in Greek, Aramaic and Palmyrene, as well as Hebrew, attest to the fact that important people from other parts of the region were also buried here.

Karen B. Stern, an associate professor of history at Brooklyn College, notes in her book “Writing on the Wall: Graffiti and the Forgotten Jews of Antiquity” that relatives of Jews buried in Beit She’arim’s tombs etched its passageways with all manner of symbols and pictures. In one catacomb an inscription in Greek reads, “Good luck in your resurrection.” Dr. Stern says she doesn’t know if the graffiti author was wishing good fortune to the dead or demonstrating a “morbid sense of humor.”

There are two main trails through the park, and it would take a full day to traverse all the caves and tunnels on both paths, so read through the guide to choose which sites most grab your interest. Each cave is designated by number, although they’re often not found in order.

Along the lower trail is the Cave of Rabbi Yehuda Hanasi, which consists of a courtyard, cave and impressive entryway with a high triple arch. Archeologists believe there’s enough evidence to assume that this is indeed where the great sage was buried. 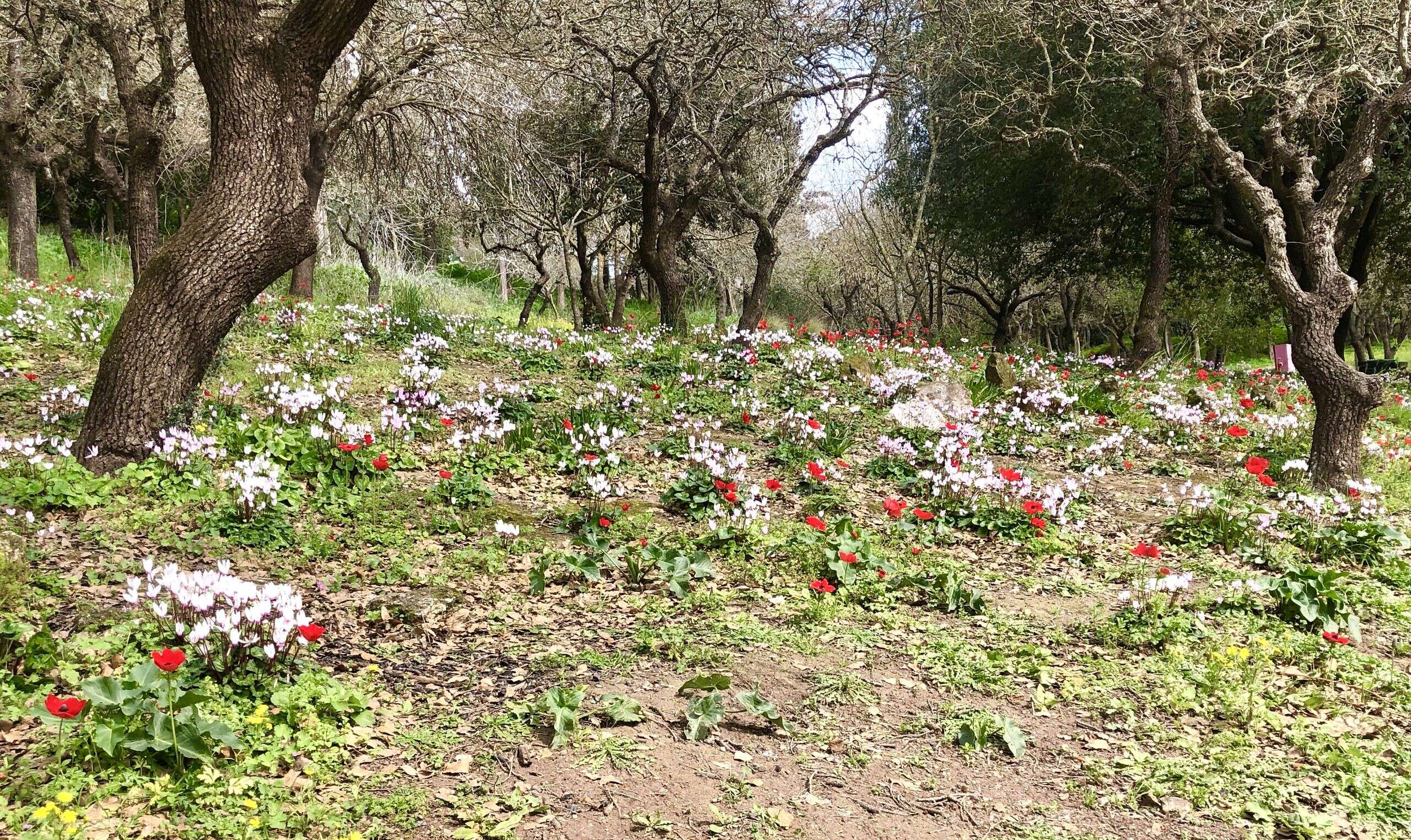 There are picnic areas in the shade of the trees near the parking area and close to the beginning of the trails. After a break, ask a guide at the Visitor Center to take you to the Menorah Caves Compound that’s at the western side of Bet She’arim hill. These caves, preserved by special order of the Knesset, contain dozens of depictions of the menorah that became the symbol of the State of Israel. Because of their delicate condition, these caves are only open to visitors accompanied by a guide.

It’s easy to see why Beit She’arim was designated a World Heritage Site. It’s one of the most important ancient Jewish cemeteries in Israel as well as one of the densest burial compounds in the Roman world, and represents a rich combination of Eastern Roman Classical art and popular art. And it all comes together in a beautiful setting in the center of modern-day Israel.