For many centuries the Promised Land had not produced wine. Then in the 1800s began the regathering of Israel’s exiles and the recovery of her wine-making heritage. Now, over a century later, Israel is yielding world-renowned wines.

The Hebrew scriptures contain over 200 references to grapes, grapevines and wine. The New Testament over 50. Why so many?

The Israeli summer is hot, dry and long – from Passover until Sukkot, 6 months with nary a drop of rain from the sky! This begins to explain why that most luscious of biblical summer fruits, the grape, got prominently mentioned. Grapes ripen at the arid peak of summer in abundance. It’s hard to believe Canaan’s thirsty soils have enough moisture to fill each grape to bursting with tasty juice. It’s a kind of miracle, and those 12 hot, sweaty Israelites sent in the summertime to spy out the Land were quite impressed by Canaan’s big grape clusters 3,500 years ago. 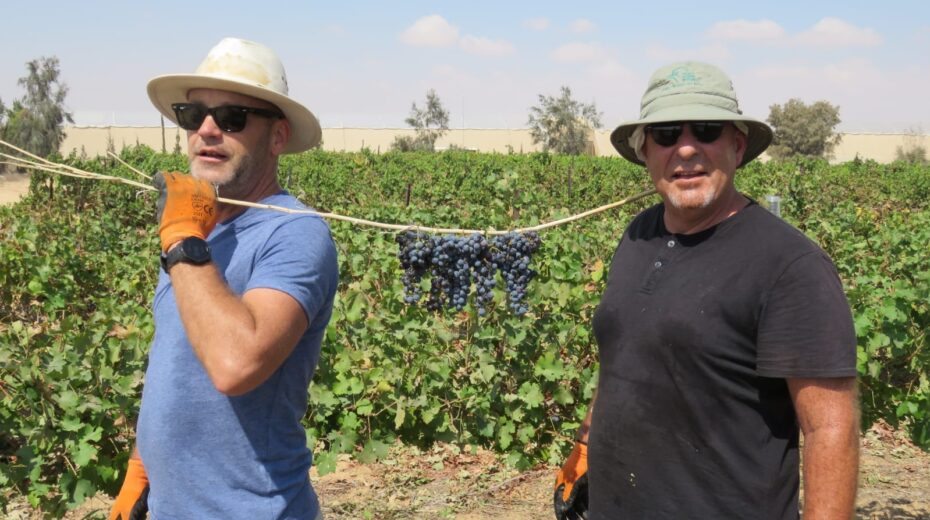 What could our forefathers do with this sudden peak of sweet provision? The four grapevines in my backyard produce such a surprising amount of fruit that even our family with five growing children can’t keep up. We don’t manage to eat all the grapes when they get ripe. The fresh grape juice (without added preservatives) will only last a matter of hours or days before its sugar content starts fermenting into alcohol. So the ancients stretched the abundance of the grape harvest throughout the year by continuing to consume the grapes as wine.

Today in Israel one can still find thousands of ancient winepresses hewn out of bedrock, scattered all over the country (Isaiah 5:2), silent testimony to how widespread the practice of winemaking was in this land. A common joke among Israeli archaeologists says: “No matter where you stand in the Land of Israel, if you throw a rock in the right direction you will hit an ancient winepress.” There are three of these bedrock winepresses on the hill at the end of my street, now partially cracked and overgrown with weeds.

Israel was a wine exporter from the time of King Solomon, who sent 20,000 “baths” of wine to Hiram, the king of Lebanon, in exchange for his assistance in building the Temple.

An incident in the village of Cana, recorded in John 2 in the New Testament, illustrates that Galileans some 2,000-years-ago were wine connoisseurs discerning in their tastes 😉 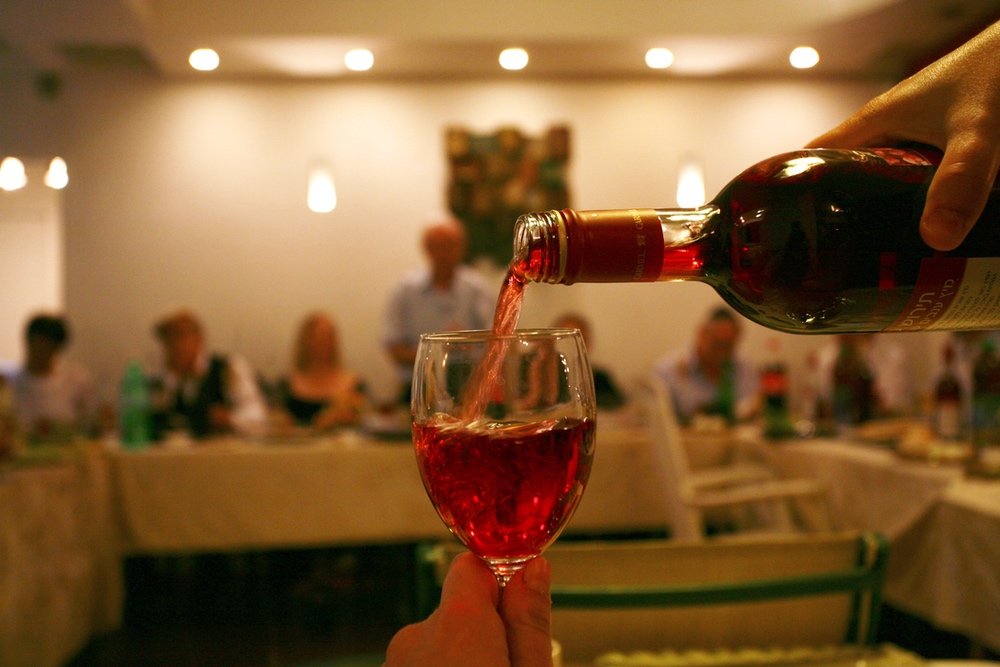 Like their forefathers in antiquity, Israelis have become very adept at producing wine from the Promised Land.

From the 7th century, under Muslim sovereignty winemaking in this land decreased drastically since Islam does not permit the consumption of alcohol. Long centuries followed without the fruit of the vine being enjoyed in the Land of Israel.

With modern Zionism and the increasing Jewish presence, Israel began restoring its ancient winemaking heritage, initially focusing on sweet Sabbath wines. In the late 1800s the great Zionist philanthropist Baron Edmund de Rothschild brought varieties of French grapes to Israel to augment the indigenous ones. He knew a thing or two about wine as owner of the French wine estate Château Lafite Rothschild in Bordeaux.

By the 1990s, Israeli fine wines began to be internationally recognized for their taste and quality. The soils and the climate here are good for growing grapes. The dry summers help prevent grape diseases.

Nowadays hundreds of wineries in Israel combine to produce 45 million bottles per year, exporting 20%. Grapes are grown in the Galilee and Golan Heights, on the central mountains of Judea and Samaria, on the coastal plain and clear down to the border with Egypt, thanks to modern irrigation methods. The larger wineries boast sophisticated, modern equipment and techniques, while many smaller, boutique wineries also manage to produce good wine. Many Israeli families have a locally produced bottle on Friday night for Shabbat Kiddush together with Challah bread. 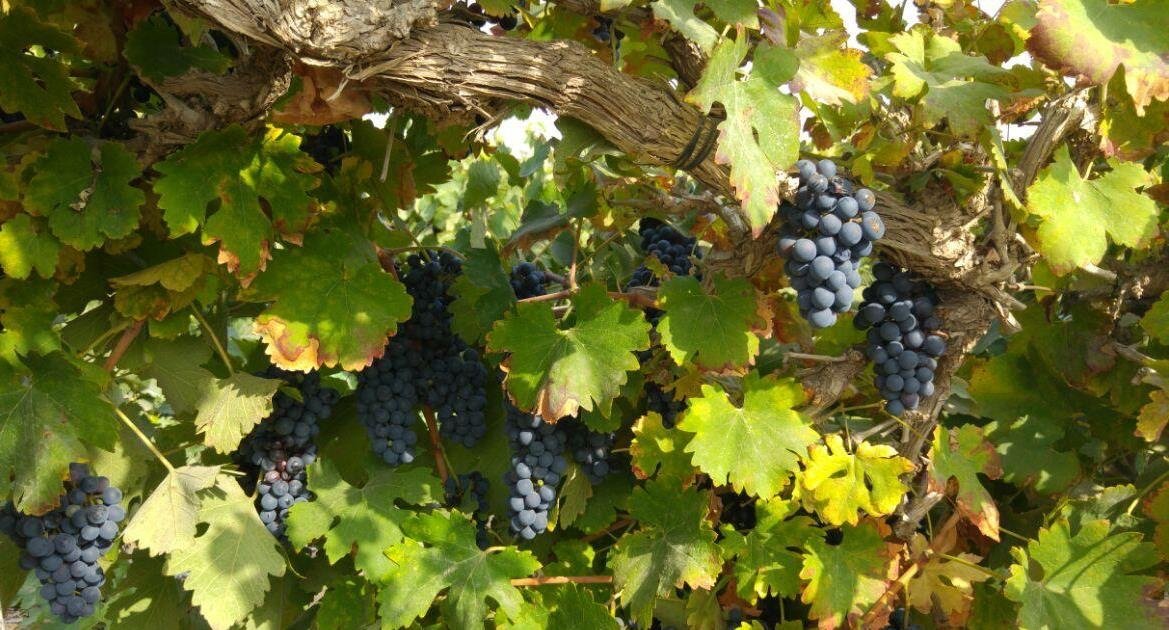 Over 2,700-years-ago, Amos prophesied in God’s name: “I will bring back the captivity of my people Israel and they shall build desolate cities and inhabit them; and they shall plant vineyards and drink their wine…” (Amos 9:14)

At Israel Today we have been caught up in this story.  Several years ago, we began planting a vineyard in southern Israel near the border with Egypt to take part in this exciting restoration of fruitfulness in the Land of Israel. Now our vineyard is producing wine, and you too can get involved…

Join in the newest planting of vines in our Negev vineyard

Order your supply of our Israeli red wine

Wine was one of one of the first medicines in ancient history, and modern studies have shown that drinking red wine in moderation has positive health effects due to antioxidants and other beneficial factors.

As we say when raising a toast: L’Chayim! To Life!