What’s the Most Popular Prophecy?

Prophecy is an exciting Bible topic, especially in the last days or “end times”

The Hebrew Bible phrase that is translated as “last days” is Achra'it Ha’Yamim (אחרית הימים). In Hebrew, it is a broad term that can mean tomorrow morning, next week, or 2,000 years from now. It is a point in the future. When Jacob called his 12 sons together to bless each one and give some insight into his future, the patriarch said: “Come that I may tell you what will happen to you in the last days.”

In the Christian mindset, the term is often viewed through an apocalyptic lens, and thus interpreted literally in nearly all instances. But the last days that Jacob spoke of with his sons are already partly behind us, they are history.

The most popular prophecy in the Bible is that of the prophet Isaiah (2:2-5), which reads:

For out of Zion shall go forth the law, and the word of the Lord from Jerusalem. He shall judge between the nations, and shall decide disputes for many peoples; and they shall beat their swords into plowshares, and their spears into pruning hooks; nation shall not lift up sword against nation, neither shall they learn war anymore.

O house of Jacob, come, let us walk in the light of the Lord! 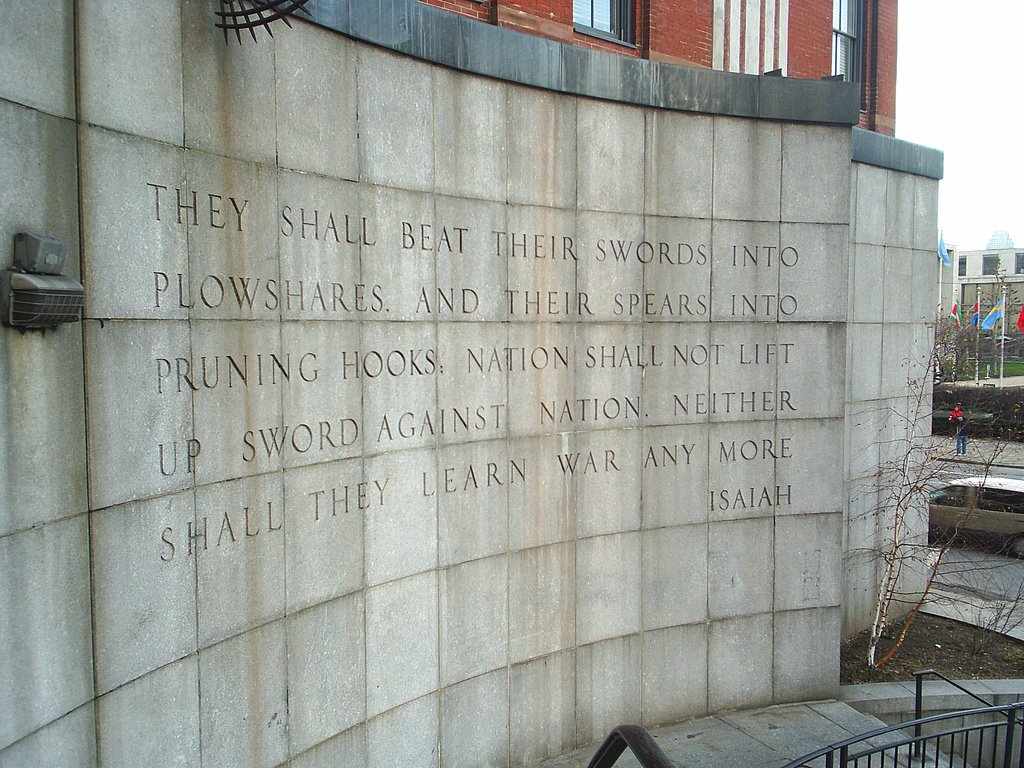 All Bible-believers are familiar with this passage. In fact, part of it’s even engraved on a wall at the UN headquarters in New York. There is no other prophecy that has received more attention in the Bible than that of Isaiah. Several other biblical prophets even quote or echo Isaiah’s promise in their own words.

Every promise is fundamentally based on the past. The prophets of Israel made their promises as a result of positive or negative events in the history of the nation. There is no biblical promise that is disconnected from Israel’s past. No prophecy speaks of a digital awakening in Australia or control of a diamond mine in Africa. No, the biblical prophecies all have to do with Israel's past. Isaiah's promise also relates to a specific moment in Israel's history. The nations will make a pilgrimage to the mountain of the Lord, for the Torah will go out from Zion, and the word of the Lord out of Jerusalem. What do these words recall if not the giving of the Law on Mount Sinai? In the desert, God revealed Himself to the people of Israel for the first time on the mountaintop and gave them the Torah. In Jerusalem, God reveals Himself to all peoples and also opens His house and heart on the mountaintop, this time in Zion. The prophet Isaiah invites all peoples to this glorious moment.

Up until Jacob’s blessing that we referenced above, Israel was a relatively isolated people. The three patriarchs Abraham, Isaac and Jacob lived in the land of Canaan, but were like strangers in their homeland. The Bible clearly shows how their families were regarded as strangers. Take for instance the tragedy of Dina, and numerous other incidents with the peoples of the land. The entirety of the descendants of Jacob were only 70 souls, including Joseph, who was already in Egypt. After that, the people of Israel lived as slaves in the land of Goshen, isolated in a foreign country. They served and built Egypt, but lived apart. On the way to the Promised Land, in the desert, God revealed Himself on Mount Sinai. Again, Israel was in a virtual vacuum, no one else around, just them and God alone in the desert.

But being in constant quarantine is not good. Isolated people are suspicious and this often leads to conflict. The prophet Isaiah sought peace. Enough of the separatism. God's glory must touch other peoples, too. And so Isaiah formulates his prophecy about Jerusalem in words that are reminiscent of the meeting at Mount Sinai. Not only that, you can also see a connection between Isaiah's mountaintop over all others and the Tower of Babel. In Isaiah, the peoples stream “to the house of the God of Jacob, that He might teach us His ways and we will walk in His paths!” When building the Tower of Babel, the peoples wanted to make a name for themselves. Nobody was looking for a god to teach them when they reached the top. It was a scandal, and so Isaiah's prophecy can be seen as a second chance for humanity to still come up closer to heaven, in Jerusalem, this time to meet with their Creator. 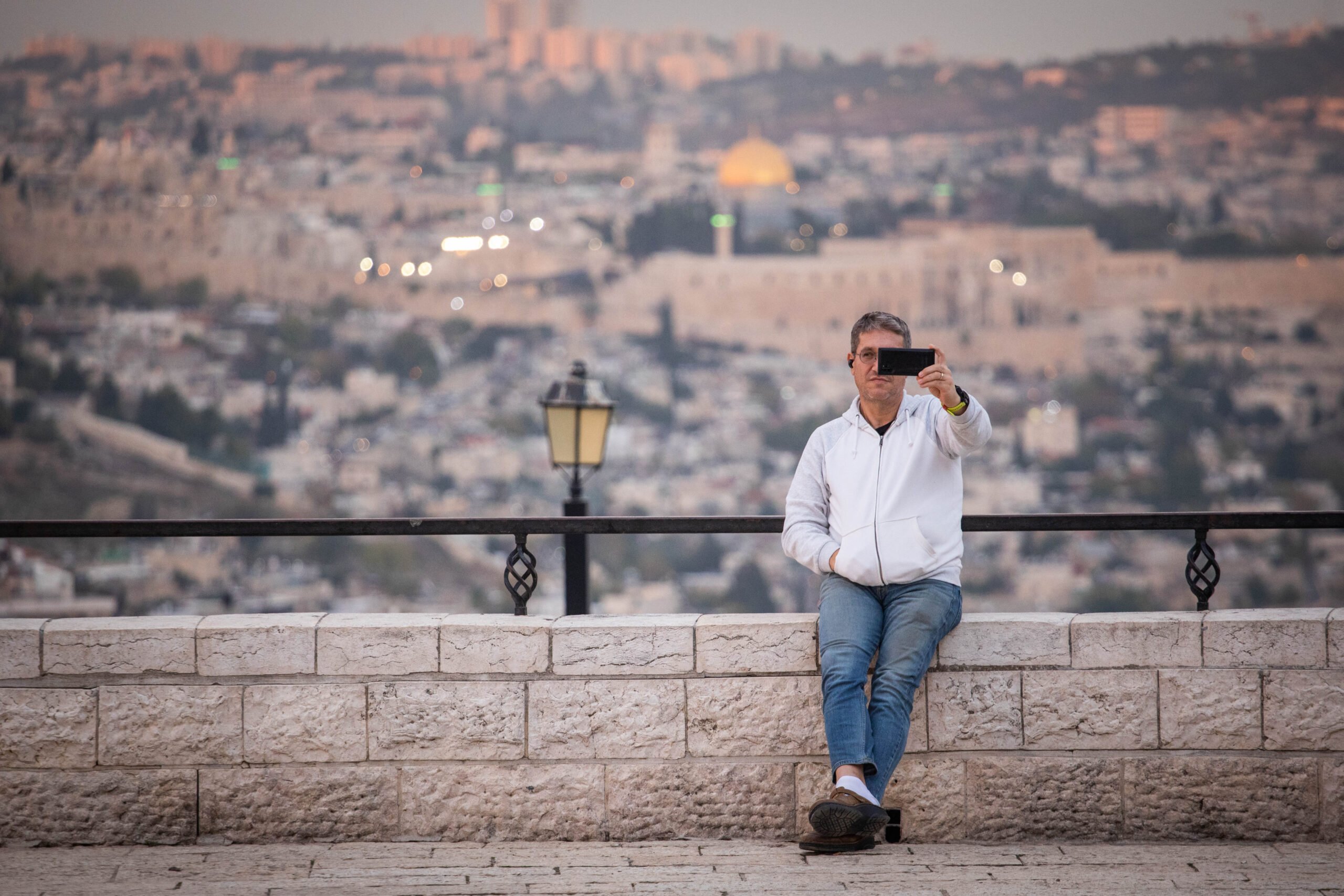 In the last days the nations will no longer come to Jerusalem as tourists, but to pray in the Temple.

Isaiah's promise was so important that prophets like Micah (Chapter 4), Zephaniah (3), Joel (3) and Zechariah (8) took up his prophecies in their words. They all speak of the strange peoples who will go up to Jerusalem to worship the God of Abraham, Isaac and Jacob. The prophet Micah quotes the words of his predecessor Isaiah almost verbatim, and Joel uses some of the same words, but with a twist. Joel calls for holy war. “Consecrate for war; stir up the mighty men. Let all the men of war draw near; let them come up. Beat your plowshares into swords, and your pruning hooks into spears…”

The prophet Zephaniah reminds us more than the others of the Tower of Babel: “For at that time I will change the speech of the peoples to a pure speech, that all of them may call upon the name of the Lord and serve him with one accord.” You can even hear Isaiah’s promise in the pilgrimage song of David (who of course preceded the prophet) in Psalm 122: “Let us go to the house of the Lord! Our feet have been standing within your gates, O Jerusalem! …Pray for the peace of Jerusalem! May they be secure who love you! …For the sake of the house of the Lord our God, I will seek your good.”

Well, we are all still waiting for the most popular of all promises to be fulfilled and for swords to be beaten into plowshares and their spears into pruning hooks, for no nation to raise a sword against another. This is what Isaiah and other prophets dreamed of. The UN raves about it and we are waiting for it. But to stop waging wars, we must first walk in the light of God, according to Isaiah. It is not in our power. To rid us of war, the Messiah must intervene and bring peace. There is nothing more precious and sacred, which is why Isaiah's prophecy is number one on the bestseller list.