The audio recording of IDF paratroopers announcing to their comrades-in-arms fighting in Sinai, the Golan and elsewhere that they had captured the Temple Mount is still played with heart-swelling pride. In that moment, much of Israel believed that divine redemption had reached a major milestone, if not climaxed.

Many in the Bible-believing Christian world agreed.

“The Temple Mount is in our hands!” rang out the voice of brigade commander Mordechai “Motta” Gur with words still grip the soul of every Israeli. Other heroes of that war like the late Ariel Sharon have recounted how in that moment they stopped fighting and simply stood in awestruck silence.

After 2,000 years, the Temple Mount was in their hands.

Except it wasn’t. Not really. 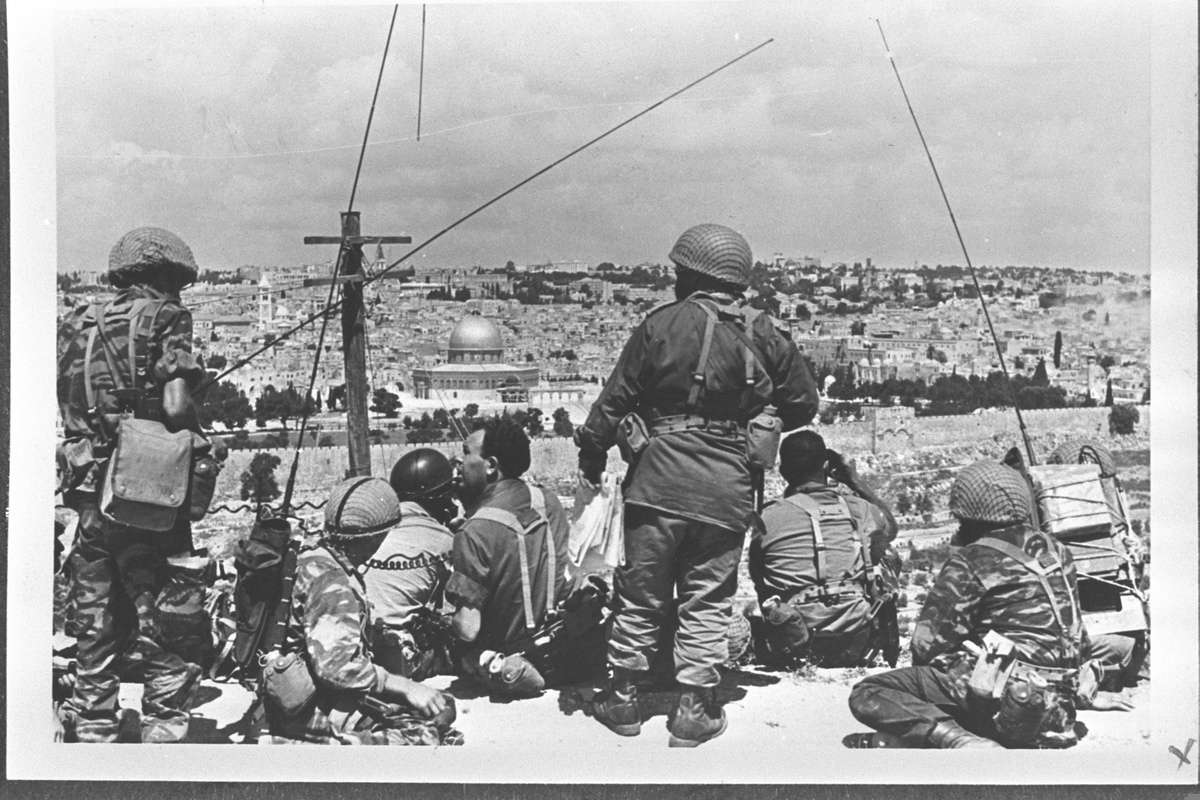 Motta Gur (center with no helmet) and his paratroopers on the Mount of Olives just before their historic reconquest of Jerusalem and the Temple Mount. Photo: Israel GPO

Later this week, a Muslim (Jordan’s King Abdullah II) will visit the White House to chat with a Catholic (US President Joe Biden) about the recent violence at the Temple Mount, Israel’s response to it, and whether or not Jews should continue to be permitted to visit the site, to say nothing of actually pray there.

Israel Prime Minister Naftali Bennett insists no outside force will decide or influence his government’s decisions regarding the Temple Mount. But I think we all know that’s not a realistic position.

Bennett’s unity government won’t survive without the active support of the Islamist party Ra’am, which conditioned its continued participation in the coalition on increasing Jordan’s presence on and control over the Temple Mount. The Islamic Trust (Waqf) that oversees the holy site is a Jordanian religious body.

And for years Israel has consistently backed down on the Temple Mount in the face of Muslim threats of violence and Western (read: American) demands that it stop escalating tensions by letting troublemaker Jews pray to their God at Judaism’s holiest site. (Israel doesn’t actually let Jews pray at the Temple Mount, another sign of its capitulation, though it is often blamed for doing so.)

Is Bennett going to now buck the status quo? Doubtful.

What is clear is that under the present circumstances, most Israelis don’t view the Temple Mount as truly being in their hands, no matter how moving Gur’s war-time broadcast might be.

To retake the Temple Mount requires more than the military victory achieved by those legendary paratroopers in 1967. It first of all requires the will of the Jewish nation to fully exert its sovereignty regardless of what the world says or the Muslims do. More importantly, it requires a readiness to recommit to what administration of God’s holy hill really means.

The Holy One of Israel chose that as the hill on which to inscribe His name, the place where Israel and the nations were to come to worship Him. In controlling and managing that most holy of sites, Israel has certain obligations and duties (chief among them being to pull down shrines to other gods).

Perhaps Israel is not yet where it needs to be spiritually to again take on that responsibility. And so in the meantime Jerusalem continues to be “trampled underfoot by the Gentiles” (Luke 21:24), in this case a Muslim and a Catholic.