Rioting broke out in eastern Jerusalem and in the Old City on Monday night following the funeral of Walid al-Sharif, a Palestinian who was injured on the Temple Mount during clashes several weeks ago as he hurled rocks at police and fell during his attempt to escape arrest, according to the Israel Police.

Large police forces from the Jerusalem District and Border Police employed riot dispersal means against rioters seeking to attack them, including through the throwing of rocks, concrete blocks, other heavy objects, bottles and the launching of fireworks, police stated.

“Violent rioting occurred throughout the funeral and at its end, including at the cemetery itself. Six police officers were lightly injured; two of them were evacuated for medical treatment,” police said in a statement.

The Red Crescent said that 37 Palestinians were injured and 10 were hospitalized.

Several cars were damaged in the rioting, and a number of passers-by in the area were attacked, added police. 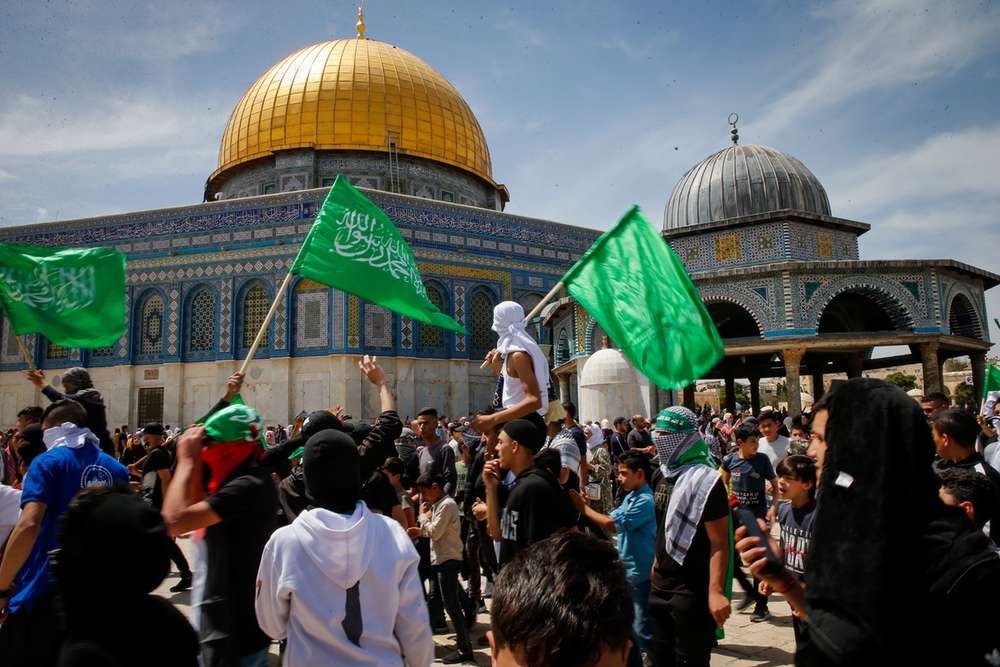 With everything else going on in the world–the COVID-19 pandemic, the war in Ukraine, and Israel’s burgeoning ties to the Arab world at large–the Palestinians had found themselves on the back burner.

They desperately needed to refocus the world on their campaign against Israel, which traditionally has enjoyed exaggerated global attention.

And what better way than to reignite tensions at the one place that even the Bible says would be a stumbling block for the nations?

See: Straddling ‘The Place of His Throne’

Israel’s detractors will say that the current wave of confrontations began with Jewish extremists threatening to sacrifice Passover lambs on the Temple Mount when the Jewish holiday coincided last month with Ramadan.

First of all, that a Jewish act of worship (even if promoted in an obnoxious way) is seen as a justification for violence says just about everything you need to know about this conflict.

But the fact of the matter is that those looking to reinstate Passover sacrifices were the tiniest of fringe groups, and the Israeli government had no intention of allowing their scheme to succeed.

That this was used to so successfully incite the Muslim masses only demonstrates that the Palestinians were looking for an excuse to set the Temple Mount, Jerusalem and the region aflame in hopes of turning the world’s eyes back to the Holy Land.

With reporting by JNS