(JNS) Now that summer is upon us, it’s time to get ready for what many consider to be the best holiday on the Jewish calendar: Shavuot. Coming seven weeks after Passover (Shavuot means “weeks” in Hebrew), the holiday begins this year at nightfall on June 4.

Not only does the festival come without prohibitions (such as fasting on Yom Kippur), but the most widespread way of celebrating it is by eating cheesecake. Really.

And it doesn’t stop there, for Shavuot in Israel comes with abundance of fun, as you’ll immediately see. Just scroll down, piece of creamy cake in hand.

1. It’s time to brush off your water gun 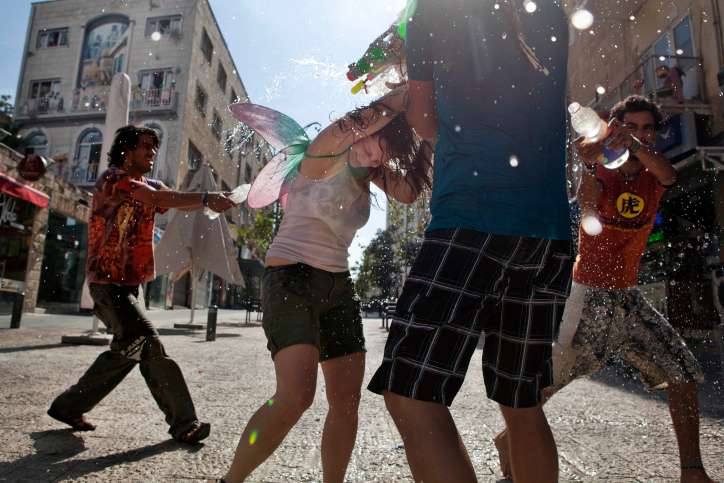 A water fight in downtown Jerusalem. Photo by Matanya Tausig/Flash90.

Perhaps because it’s usually so damn hot on Shavuot, many Israelis, particularly under a certain age, mark the festival with a full-blown and glorious water fight. Water guns and balloons are most people’s weapons of choice, with parks, schools and other public spaces all becoming perfectly acceptable battlegrounds. Enjoy, and keep away from the kids if you wish to remain dry.

2. And to wear white 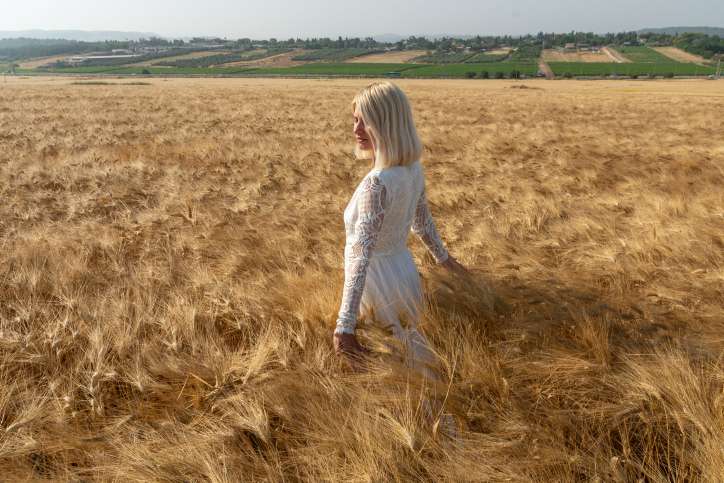 A woman dressed in a white dress as is tradition for Shavuot. Photo by Mila Aviv/Flash90.

Stroll through a shopping mall in the weeks leading up to Shavuot, and you might be led to believe that Israelis wear only white. And well, they do – for the holiday. Kindergarten kids usually don white tees, women opt for floaty white dresses and men go for white shirts and chinos. While all this white certainly photographs well for Instagram, the tradition actually goes way back way, and you’ll be hard-pressed to find anyone wearing color or black on the day.

One of the cutest signs of the holiday here in Israel is the sight of little children going to nursery school wearing a crown of flowers and carrying a straw picnic basket that’s called tene in Hebrew. The tradition probably has to do with the agricultural aspect of the day (more on that below), and it is just the sweetest. As for the contents of the basket? Yours truly’s young daughter was asked to fill hers with a piece of fruit, a vegetable and a creamy pudding of her choice. Which is Greek yogurt, in case you were wondering. 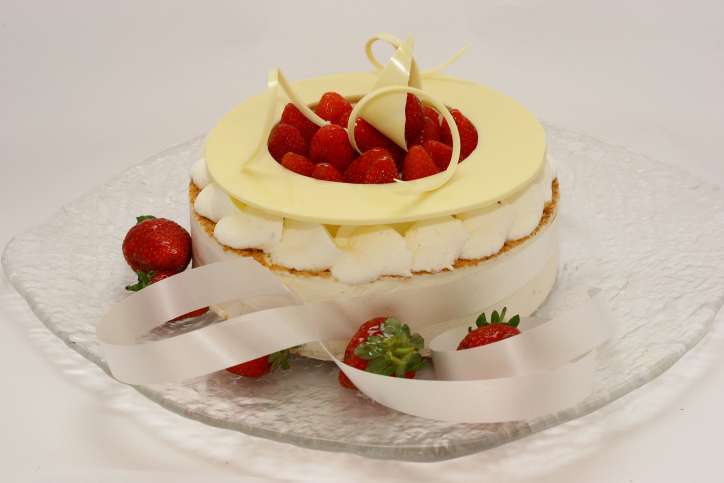 A cheesecake on display at a bakery in Netanya. Photo by Chen Leopold/Flash 90.

Shavuot is the holiday celebrating all the dairy products of the Land of Milk and Honey. Cheesecakes together with lasagnas, quiches, pastas and cheese boards are all expected on the holiday table, making this the tastiest festival in the world and perhaps also its most fattening. Recent years have seen some efforts to focus the food also on fresh produce and vegan-friendly options, with vegan cheesecakes making a regular appearance on cake stands everywhere. You know, to keep the holiday spirit going.

5. Head to a kibbutz 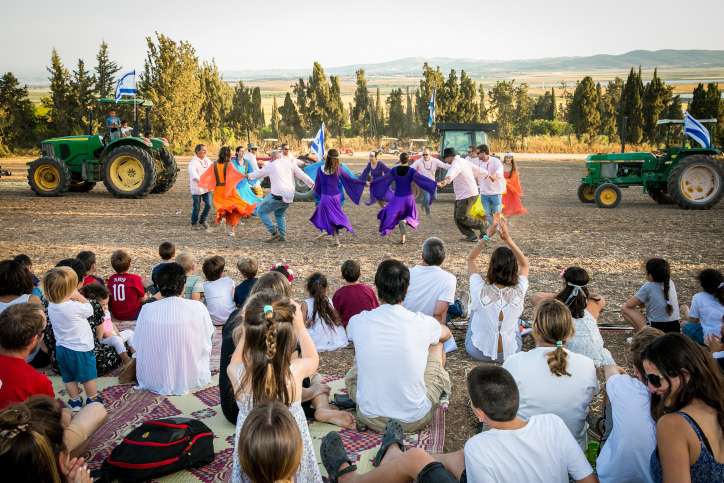 Shavuot at Kibbutz Sarid in Emek Yizrael on May 16, 2021. Photo by Anat Hermony/Flash90.

Agricultural communities such as kibbutzim and moshavim make a very big fuss of Shavuot, which is celebrated with great ceremony. This being Israel, the ceremony includes kids riding the back of a tractor past straw bales rather than everyone donning black tie, but still. The reason for the grand celebration is that during the time of the Temple farmers used to flock to Jerusalem with the very first offerings of their land on Shavuot. Modern-day farmers also use the opportunity to display their hard work, which needless to say is absolutely delicious. 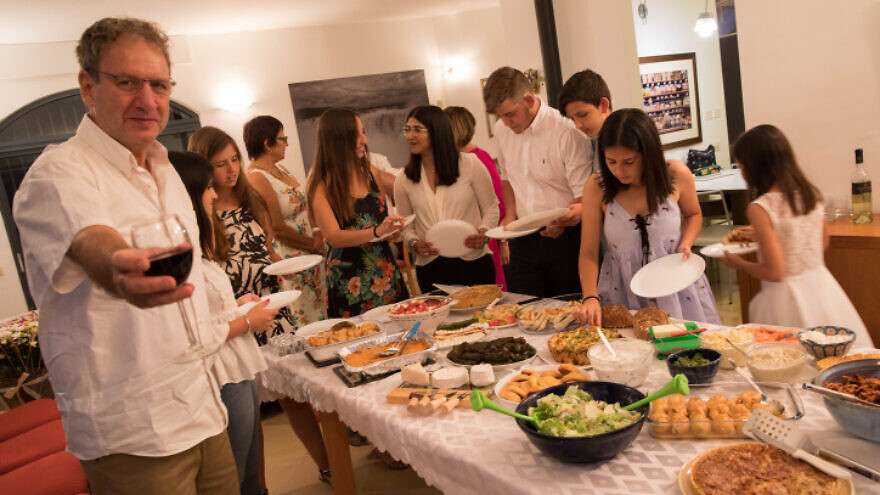 While all-nighters are usually associated with either a very good night out or desperate attempts to meet deadlines at work, the night of Shavuot is traditionally dedicated to Bible studies. According to Jewish legend, the Israelites accidentally slept in on the morning of Shavuot, the day on which they received the Torah. And so to make up for our ancestors’ tardiness, Jews everywhere have made it their business to study ahead of the festival to show just how excited about it we really are. Israelis who are not into Torah studies, meanwhile, have developed the custom to include studies of a wide array of fields such as philosophy, current events and culture.

7. Pour yourself a glass of (white) wine 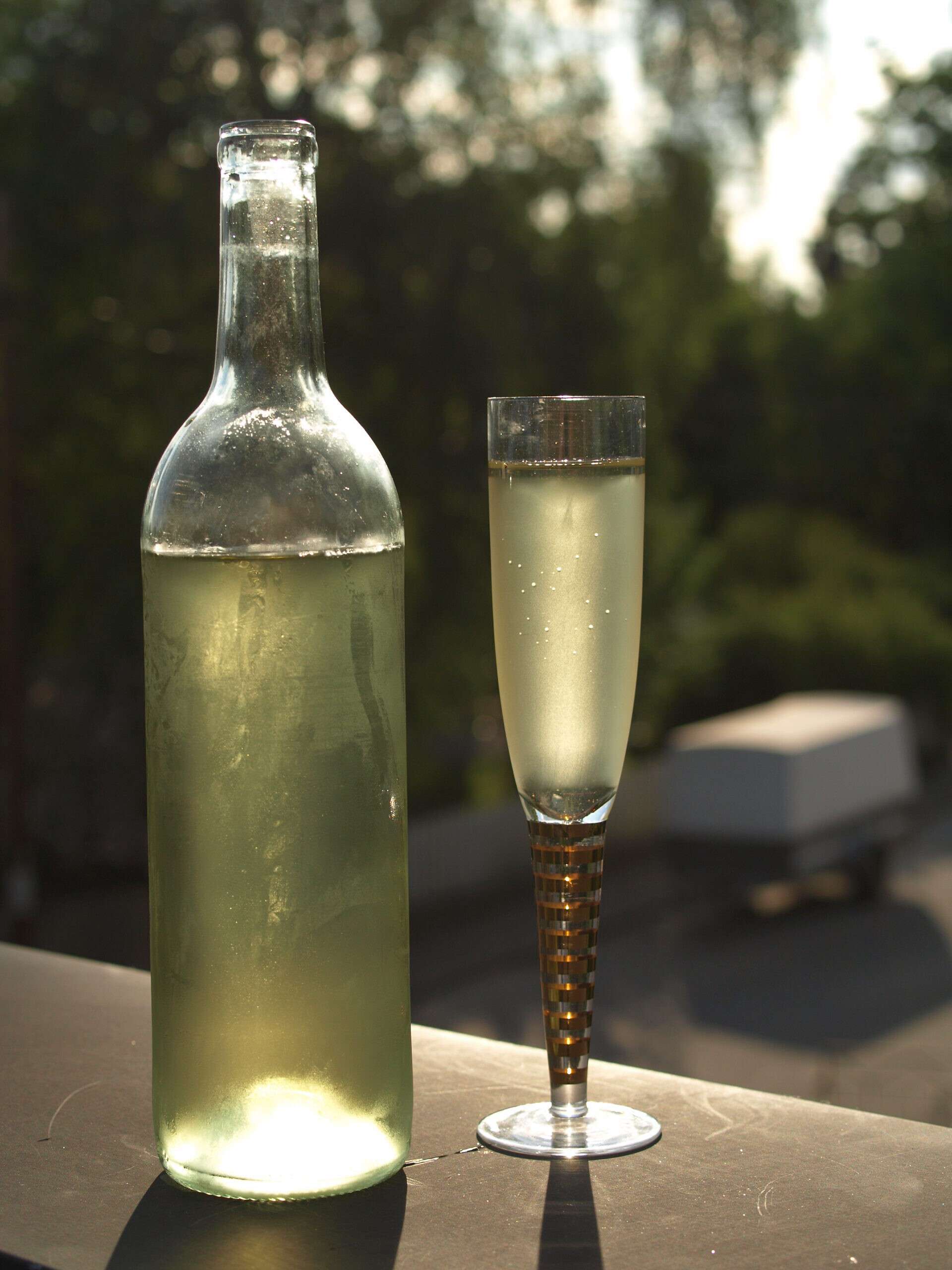 The combination of soaring temperatures and the Shavuot tendency to go for all things white means that the holiday is also affectionately celebrated by drinking icy cold white wine. This is no mean feat, considering that Israelis most usually opt for red, but the amazing white wines produced here are definitely enough to convert even the most merlot-loving person. Speaking from experience here.

8. Don’t do anything special

As briefly mentioned above, Shavuot is a unique Jewish festival in that there’s no particular way to observe it. Sure, there’s the all-night learning and the cheesecake, but these are only traditions picked up along the centuries. This means that unlike Passover, no food item is off the menu; unlike Hanukkah, you don’t need to rush for candle-lighting ceremonies; and unlike Sukkot, you don’t need to construct an outdoor hut. So sit back, relax, take a sip of that white wine and enjoy the summer ahead.

This article was first published by Israel21c.