Among the villas of Caesarea overlooking the pristine Mediterranean coastline between Tel Aviv and Haifa sit two dazzling white Spanish colonial–style buildings with red-tile roofs and open terraces. These are home to the Ralli Museums.

The first holds treasures from the city’s biblical history, with exhibitions telling the story of Caesarea throughout its different periods, including a display titled “Herod’s Dream.”

The second, in the Moorish style of the Iberian Peninsula, is dedicated to the Golden Era of Spanish, or Sephardic, Jewry. It was a singular pleasure to be led by Museum Director Lily Tzohar through the courtyards of glistening marble sculptures of Jewish dignitaries the likes of Maimonides, Yehuda Halevi and Spinoza, while gazing at priceless artworks depicting some of Sephardic Jewry’s greatest and darkest days.

During my tour, I learned that the history of the Jews in Spain stretches all the way back to biblical times. The word “Sephardic” comes from the Hebrew word for what is now Spain found in the Bible, and it is believed that Jews have lived there since the era of King Solomon.

Spanish Jews once constituted one of the largest and most prosperous Jewish communities in the world, and Sephardic Jews were the unquestioned leaders of world Jewry in science, philosophy, biblical studies and literature. Hebrew poetry was written for the first time by Sephardic Jews.

In a tragic twist of history, this Golden Era of Spanish Jewry only began with the end of oppressive Christian rule over the Jews when Muslims conquered the Iberian Peninsula in the 8th century. Jews flourished under Islamic rule until Christian Crusaders reconquered Spain and began forcing the Jews to convert to Christianity during the Inquisition and eventually expelling those who rejected conversion in 1492. As a result, the majority of Sephardic Jews (around 300,000) converted to Catholicism, and those who continued to practice Judaism (between 40,000 and 80,000) were forced into exile. For more on this fascinating history, see Israel Today’s “Caught Between Judaism and Christianity.”

The Ralli Museum commemorates the expulsion of Jews from Spain and Portugal during the Inquisition, and preserves the history and art of the Jewish community of Thessaloniki, which was almost destroyed in the Holocaust.

Among the hundreds of pieces, I was moved most by Pedro Figari’s contemporary rendering of the “Expulsion of the Jews from Spain,” pictured above. Combining past and present with the only constant being the ongoing persecution of the Jewish people, Figari, who is considered Uruguay’s national artist, depicts Columbus (who was probably a Jew–see my “Was Christopher Columbus a Secret Jew?”) holding the world in his hands with his ships about to set sail in the background, as a contemporary, German-helmeted fascist soldier in the center arrests the Jews. The entire exhibition is gripping in its ability to paint the colors, culture and contours of Sephardic Jewish history through the eyes of the contemporary artist.

The permanent collection also contains some curious pieces by European artists from 16th to 18th centuries depicting biblical-inspired scenes, like one that asks the question of what life was like for Adam and Eve raising their children.

The Ralli Museum in Caesarea is the fulfillment of a vision birthed by Harry Recanati, a Sephardic Jew born in Salonica, Greece. In 1945, at the age of 26, Recanati was appointed Managing Director of Israel Discount Bank, and after just seven years he turned the failing bank into the second largest financial institution in Israel.

When a banking crisis hit Israel in the 1980’s, Recanati abandoned the world of finance and began to collect fine art as a hobby. His world-class collection became so large that he decided to open a museum where he could house the art and make it accessible to public. There are now five Ralli Museums around the world – three in Latin America and two in Caesarea – all of which are free of charge to the public.  More than two million visitors have toured the Caesarea museums, including Prime Minister Benjamin Netanyahu and many dignitaries from Israel and around the world.

In addition to purchasing hundreds of art pieces, Recanati also commissioned famous contemporary Latin American artists to produce many of the works commemorating Spanish Jewry. He was a close friend of Salvador Dali, whose model for his artistic rendition of the golden “Menorah Hashalom,” which now proudly stands welcoming visitors as they arrive in Israel at Ben Gurion Airport, can be seen together with over a hundred original Dali pieces at Recanati’s Ralli Museum. 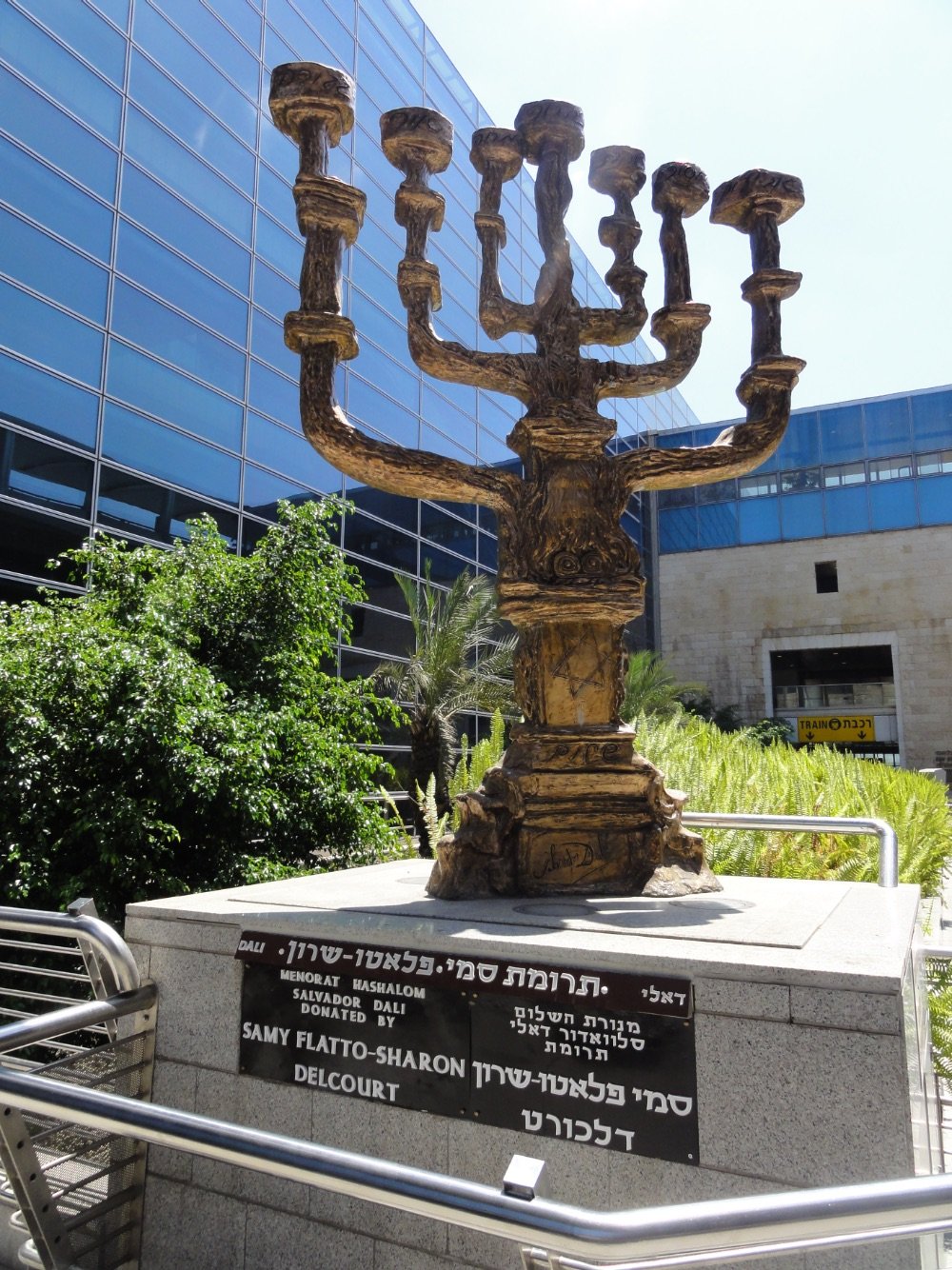 Anyone arriving to Israel via Ben Gurion Airport is greeted by one of Salvador Dali’s iconic pieces.