A Former Terrorist’s Plea to Stop Supporting the Palestinians

As the Biden Admin prepares to resume financial aid, a man in the know insists that will only fan the flames of conflict

The following is a letter we received and translated written by Mohammed Massad, a former Palestinian terrorist-turned-peace activist who we have previously interviewed and hosted in a live discussion with Israel Today readers.

To my brothers in every country of the world. In the past, I was a terrorist. My name is Mohammed Arif Massad, from Burkin village, in the Jenin district of Palestine. I was born in 1975, I enlisted in a terror group when I was 13, and from that age fought fiercely against Israel.

Unfortunately, I soon discovered that the Palestinian leadership does not want freedom and does not want peace, because they profit from the war and the destruction that we experience all around us. They like to attract the attention of the free and good people in the world as the death toll among our people increases, so that the world will provide them with enormous amounts of assistance whenever the images of destruction in our country are published around the world.

I have decided to expose to the world the crimes of the real terrorists who are occupying the Palestinian people, which are the Palestinian terrorist organizations that receive full assistance from the corrupt Palestinian Authority (PA).

Please ask your government not to send money to the Palestinian Authority. Your government sends us a lot of money even though the poor in your own countries much more deserve that money.

Any amount you send to the Palestinian Authority and the terrorist organizations adds to our poverty and desolation.

Dear brothers and sisters, don’t be one of those who helps to kill, impoverish, and destroy our Palestinian people.

We are weak and our people are controlled by a corrupt Authority and terrorist organizations.

We want freedom as much as the rest of the world, and we want to have an independent country and live in peace and security, to develop our economy and to create a beautiful future for our children.

Our demands have been met by all the countries of the world, but the corrupt dictatorial authority and the leaders of the terrorist organizations do not want peace for us because peace will not bring money into their pockets. War does.

Stop supporting the Palestinians because we have more money than you, but it remains in the hands of thieves and terrorists.

We have no need for your money, for this money is killing our people. We have an economic infrastructure and a lot of money, and we will become one of the countries that helps needy countries after we prosecute the Palestinian leader and the dictator Mahmoud Abbas, and once the corrupt Palestinian Authority and the leaders of the terrorist organizations return what they have stolen.

The killing, famine and destruction will not stop in Palestine unless you stop sending money to the Palestinians.

Any money you send increases the power of the dictator, the terrorists and the thieves who are starving the Palestinian people.

Thank you for your understanding. 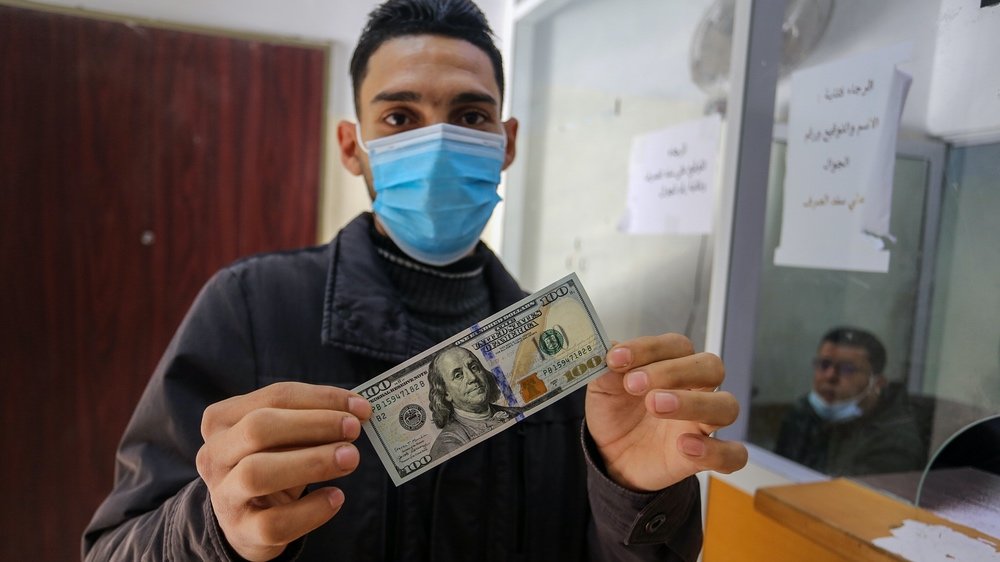 The Palestinians have already received more financial aid per capita than post-World War II Europe, but the people see very little of it.

The Truth About Financial Aid to the Palestinian Authority

The following is a response to Massad’s impassioned plea from Dr. Mordechai Keidar, an Israeli scholar of Arabic culture and a lecturer at Bar-Ilan University.

There have been a number of attempts by donor countries not to transfer money directly to the PA, but to finance projects, mainly in infrastructure, but it has become clear that this method is also ineffective due to the PA’s “shelter” method. According to this method, a contractor who receives funds to carry out a foreign-funded project transfers some of the money he received to the right people in the PA, thus becoming the conduit for the transfer of “kosher” funds to the instigators of terrorism.

Another problem is the State of Israel, which knows these things well and continues to “resuscitate” this corrupt body called the “Palestinian Authority.” Since the Oslo Accords were signed in September 1993, many in Israel have sobered up and finally realize that if the PA were to remain in power, it could very well become a terrorist state. However, the Israeli governments have not taken the necessary step to end this Oslo delusion, thus allowing a situation whereby a terrorist state could be established on the mountains of Judea and Samaria that overlook much of the territory, including the economic heart, of the State of Israel. Israel’s troubles with the terrorist state established in Gaza in June of 2007 are just a small sample of the troubles that Israel could have if a terrorist state were to be established in Judea and Samaria.

After 15 years of no elections, the PA recently announced plans to hold elections for the Legislative Council and the presidency to grant the terrorist authority a democraticly sanctioned government. Immediately, the question arose as to whether Hamas should be allowed to run in this election. On the one hand, there are many who fear that in the name of democracy Hamas will win back most of the legislative council seats and possibly the presidency, but on the other hand, which democracy is the one that does not allow an important organization to run in elections that are supposed to be free?

In my estimation, the issue of elections is fully supported by people who play key roles in the Biden Administration, both those who support the establishment of a Palestinian state because of their blind belief in the “two-state solution,” and those whose interests are with the Muslim Brotherhood organizations, in the United States and elsewhere. In their view, Hamas winning the elections would be a positive development.

Mohammed Massad understands that a terrorist authority has been established next to Israel, and that it is likely to become a state that is a haven for terrorism. When will policymakers in Israel, Europe and the United States understand this?