Israel has just begun its Sabbatical (shmita) year when God commanded that the land lie fallow (during every seventh year). For twelve months, Israeli food producers obeying Torah will not sow or plant, from this year’s Feast of Trumpets (September 7, 2021) until the next.

“For six years sow your fields… but in the seventh year the land is to have a Sabbath of rest, a Sabbath to the LORD… whatever the land yields during the Sabbath year will be food for you…” (Leviticus 25:3-6)

We take this special opportunity to look at great foods which grow wild in Israel and to think about a less-commercialized agricultural existence than what most of us usually experience.

Albeit today, with Arab fruits and veggies exempted from Torah observance, as well as imported food and refrigerated produce, you can rest assured that Israeli supermarkets will continue to provide food options. However, this Sabbatical commandment offers us the chance to hypothesize about how one could actually survive off the land in a “hunter/gatherer” mode. Apocalyptic echoes of the pandemic have also inspired many to consider how they might live “off the grid” if not permitted to buy or sell in the global economic system. 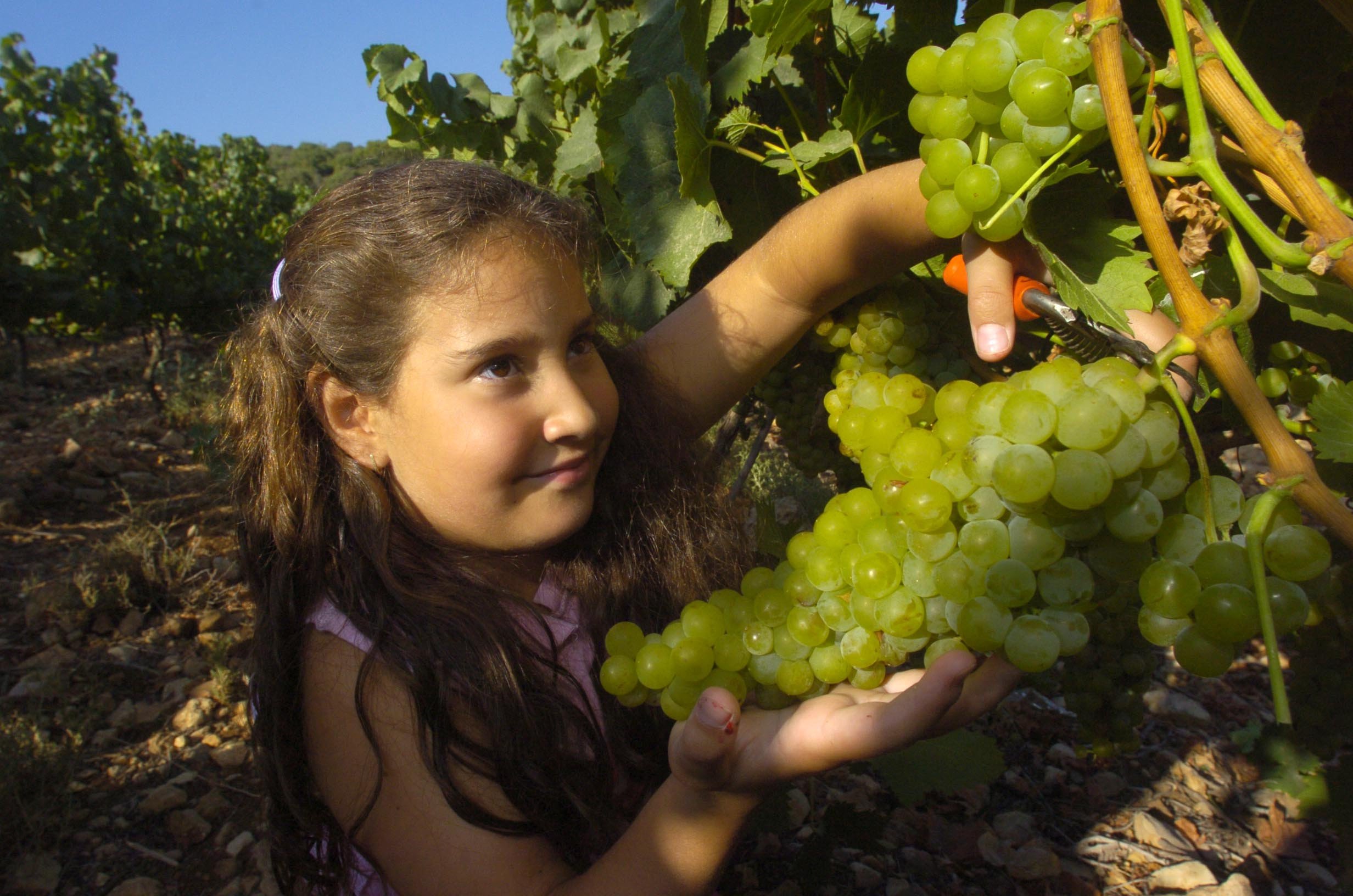 Harvesting fresh fruit from the Land is a beloved pastime in Israel.

In Israel the first place to start is the seven indigenous food species mentioned in the Torah as the foods that naturally grow here in the land and signify God’s blessing and abundance. To this day, these are some of the main foods that thrive with the least need for heroic irrigation and other efforts. The Hebrew Bible talks about each man being able to “sit beneath his vine and his fig tree” – clear indication that each family sought to grow these basic fruit items to be self-sustainable in terms of fresh fruit for the summer. 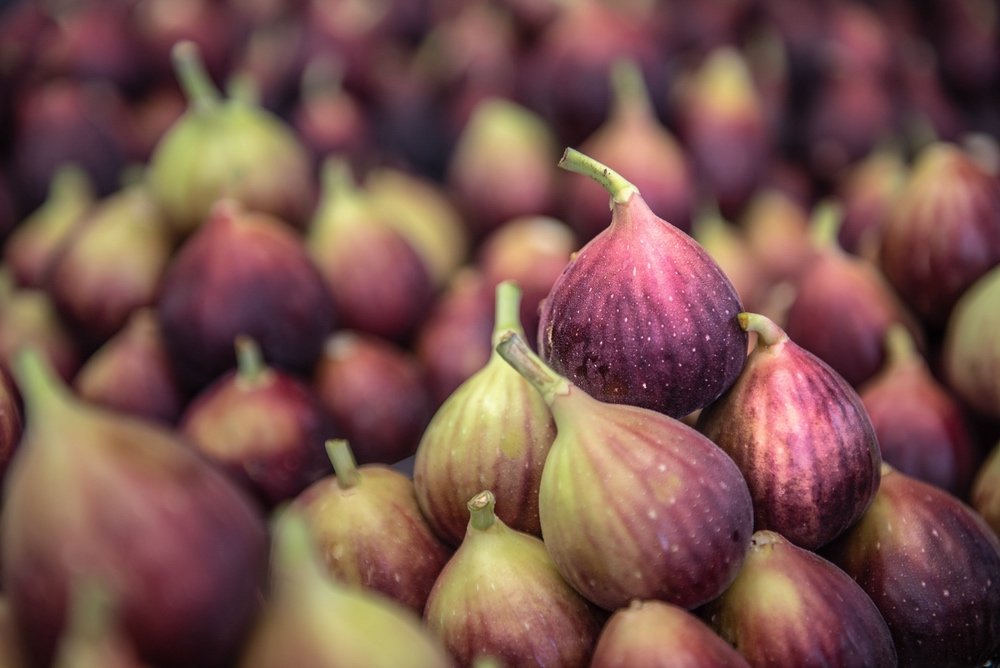 “For the LORD your God is bringing you into a good land – a land with… springs flowing in the valleys and hills; a land with wheat and barley, vines and fig trees, pomegranates, olive oil and [date] honey; a land where bread will not be scarce and you will lack nothing…” (Deuteronomy 8:7-9)

The fruits in Deuteronomy 8 all ripen throughout the hot, dry summer. Pomegranates with their brilliant red-ruby jewel-kernels of fruit, play a prominent role in the biblical fall feasts and are known to contain anti-oxidants and health factors for the prostate gland. They’re also great in salads. 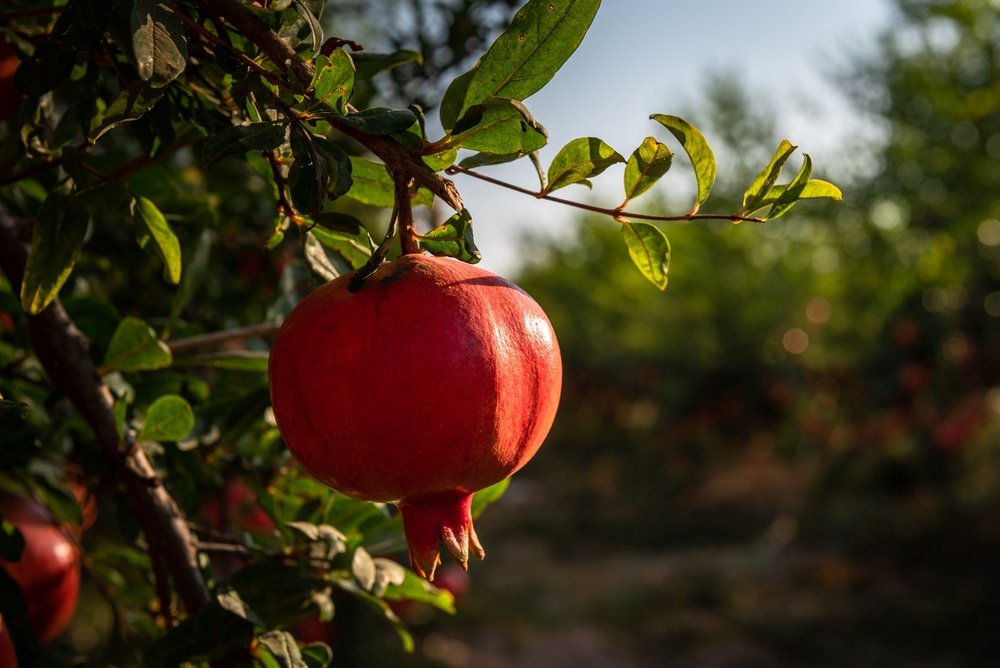 The pomegranate plays a prominent role in scripture.

Date palms grow well along the entire length of the Jordan Valley and down the Arava Valley to Eilat. Israel boasts several varieties of dates, the most famous of which is the sweet, juicy Medjhoul. Israeli dates are in high demand even in the Muslim world. A date is the perfect supplement for those who like to drink their coffee or tea without sugar. 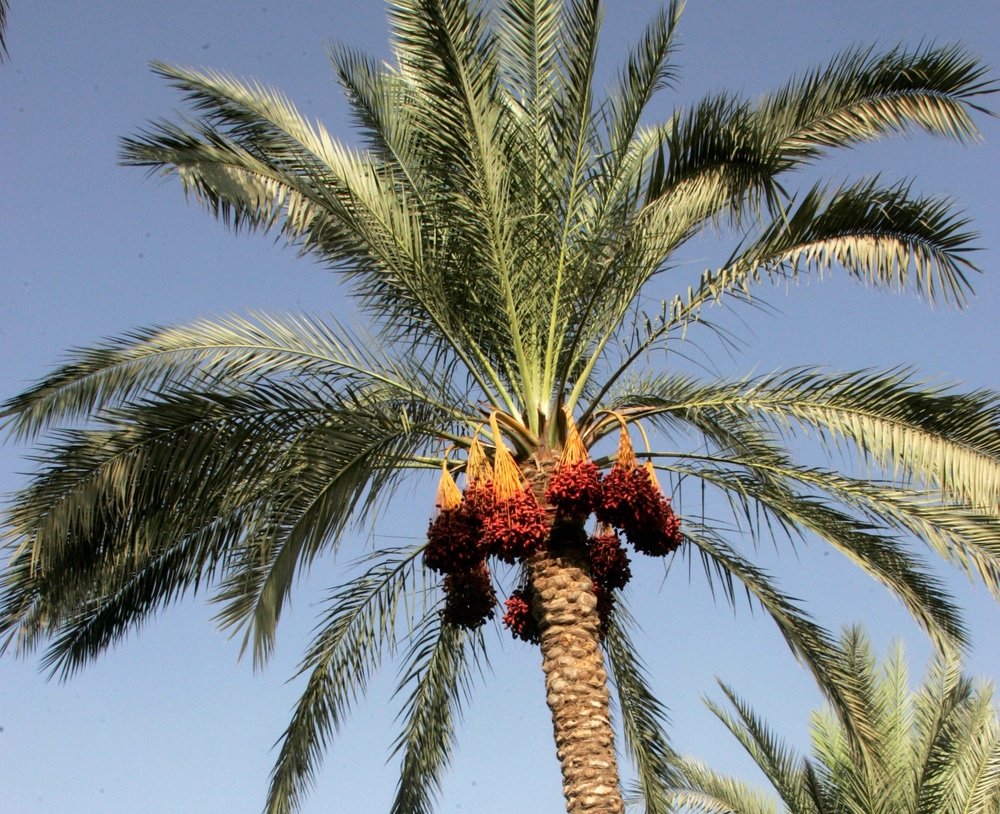 Dates can be found in abundance, with even the Arab world clamoring for Israeli dates.

Another food mentioned in the bible is the almond. Even as a regional famine began, Jacob was still able to send down to Egypt some locally grown almonds in Genesis 43:11 as a gift to that “harsh” fellow in charge of selling grain.

The carob tree with its large, sweet, fleshy-brown pods, is a welcome latecomer to this land. The carob does not appear in the Hebrew scriptures, but gets a cameo in the parable of the prodigal son in Luke 15. Today the carob is a widespread, hearty Israeli tree which offers an abundant harvest in August. The fruit – reminiscent of chocolate but sweeter and healthier – offers an advantage over most of the fruits here mentioned: It is dry and therefore easily stored or eaten from the tree for many months, into winter.

We must not fail to mention the Israeli ”prickly pear” cactus fruit called the “sabra” – thorny on the outside but sweet on the inside, the national parable for the Israeli personality, which is why native-born Israelis are called sabras. Not for the faint-hearted, picking this fruit should be done in such a way that you wash all the tiny hairs from the fruit before carefully cutting off the skin and eating it, otherwise you may be picking the stiff hairs out of your tongue and lips for hours. This fruit also ripens in the summer. 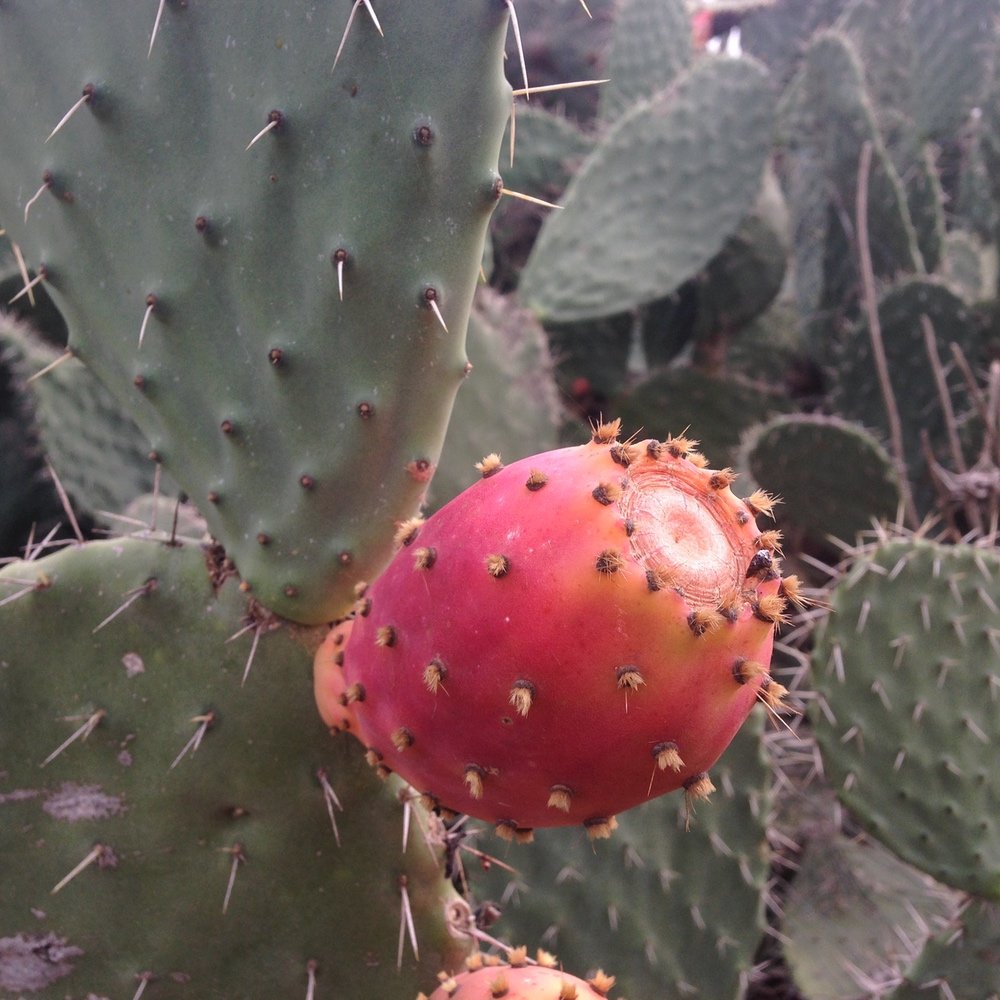 Much like the Israeli himself, the sabra fruit is prickly on the outside, but oh-so-sweet on the inside.

Another common foraging fruit in Israel is the “crab apple” jujube known as sheizaf, growing as a thorny bush or tree. When the fruit ripens it is a mealy, nearly-tasteless, tiny “apple.” But shortly afterward, its brown-reddish skin shrinks and the fruit morphs into a caramel-flavored delight.

Anyone hiking or jeeping in the arid southern desert of Israel must know about the saltbush (maluach) so common in dry riverbeds there, with its edible silvery leaves – no saltshaker required.

After the welcome rains make their arrival in November and December, the northern half of Israel seems to cover itself in a virtual carpet of the “breadplant” called in Arabic ”Hubeza,” which tastes like spinach and is commonly fried with garlic and onions in olive oil. It also makes for an excellent quiche or casserole.

Speaking of olive oil, olives are harvested in October and November, either for immediate pressing into oil, or for curing the olives themselves in salt brine.

Up until now we have gone vegetarian, but surely honorable mention goes to another form of protein mentioned prominently in the New Testament – two miraculous catches of fish one at the beginning of the Gospels and one at the end. To this day many Israelis relaxing on the shores of the Sea of Galilee toss a hook into the water in hopes of catching one of Saint Peter’s fish.

These related articles may also interest you: