Residents of the town of Kiryat Shmona in the north of Israel were rocked on Wednesday morning by loud explosions and then by two large fires.

The explosions were caused by two rockets, believed to have been fired from Lebanon and which exploded near a residential area.

No one was injured by the rockets, but hundreds of Israelis had to be treated for shock. A third rocket failed to reach Israel and exploded in southern Lebanon.

The Israel Defense Forces (IDF) responded with three artillery barrages directed at the sites in southern Lebanon from which the missiles were launched.

Then early in the morning of Thursday, the Israel Air Force (IAF) came into action, bombing sites in southern Lebanon for the first time since the Second Lebanon War in 2006.

Lebanese President Michael Aoun (a lackey of the regime in Iran) even had the chutzpah to accuse Israel of “aggression” after the Israeli response.

Israeli media reported that Palestinian terror groups in Lebanon were likely responsible for the rocket attack, as these groups have already carried out the same type of attack twice in the past few months.

It could be, but there seems to be no immediate reason for these Palestinian groups to carry out a risky rocket attack on Israel.

The other rocket attacks on northern Israel by Palestinian groups were related to Israel’s conflict with Hamas and tensions around the Temple Mount in Jerusalem.

It’s now relatively quiet there and the same applies to the situation in the south of Israel, where Hamas regularly threatens to resume its rocket attacks on the Jewish state but has not carried out this threat so far. 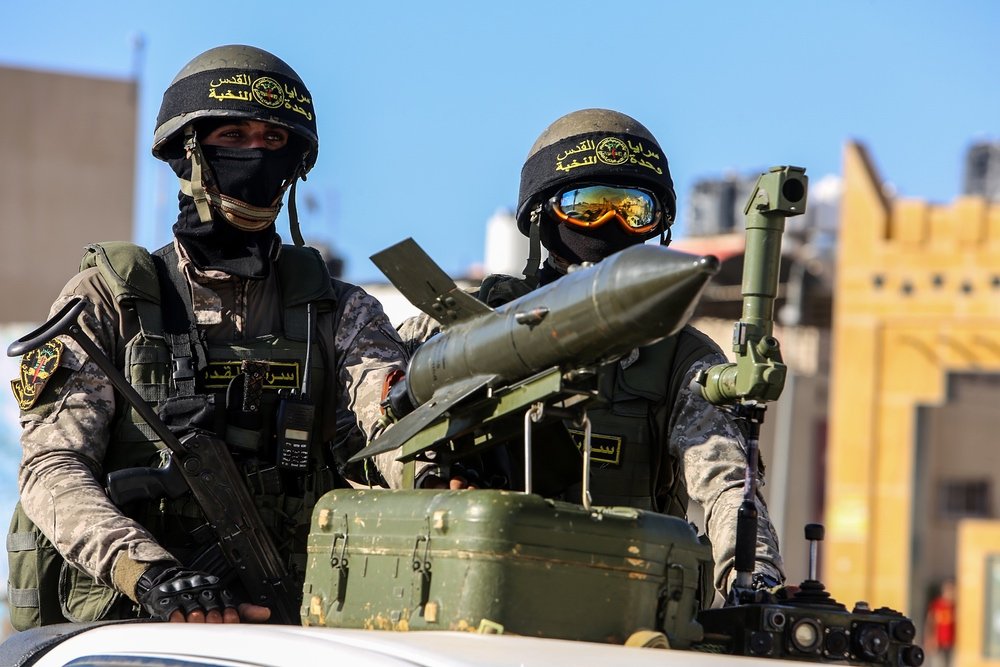 Palestinian terror groups have little reason at present to escalate the situation of their own accord, suggesting that the rocket fire from Lebanon has more to do with Iran. Photo: Abed Rahim Khatib/Flash90

Relation to the situation with Iran?

Now, looking at the missile attack on the city of Kiryat Shmona, it seems that it has more to do with the increasing escalation in the shadow war between Iran and Israel.

Iran is waging a war of attrition against Israel through a large number of militias and terror groups in Gaza, Lebanon, Syria and by expanding its sphere of influence in Israel’s neighboring countries.

In Jordan, for example, Iran is conducting a charm offensive to get King Abdullah II to change his policy vis-à-vis the Islamic Republic. The King has always kept the Iranians at arm’s length, but lately has shown that he is now open to better relations with the regime in Tehran.

Last month, Abdullah visited Baghdad, the capital of Iraq, for the first time since he became King. There he held talks with Iraqi Prime Minister Mustafa Kadhimi about improving economic relations with both Iraq and Egypt, which also took part in talks through President Abdel Fattah el-Sisi.

The three leaders reached an agreement on the construction of an oil pipeline from Iraq via Jordan to Egypt. Since Iran regards Iraq as a proxy state and has a firm grip on everything that happens in the country, the agreement was seen by Israeli experts as proof that Jordan has now allied itself with the Islamic Republic.

Jordan also wants to allow Iranian tourists into the Kingdom for the first time, something that has so far been impossible because the government in Amman was against any Iranian presence in the desert country.

The regime in Amman has even started promoting the Shia faith in Jordan, a development that has been followed with suspicion by Israel.

Then there is the third change in Iran’s behavior, which is that the regime in Tehran is now terrorizing Israeli ships in the Persian Gulf and the Gulf of Oman and threatening free international shipping traffic in these waterways through piracy.

These attacks show that Iran is not afraid and thinks it can do this with impunity.

Another explosion in Syria and IAF activities

That the attack on Kiryat Shmona could have more to do with developments around Iran, can be substantiated by observations made in Syrian media a few hours before the Israeli city was bombarded.

Syrian media and the Syrian Observatory for Human Rights reported that an Iranian armed forces headquarters near Damascus had been attacked in the early hours of Wednesday. The explosions killed an unknown number of people, according to the local media.

In this case, no direct link to the Israel Air Force (IAF) was made and there was speculation about the use of explosives or mines.

The fact is, however, as this reporter himself could observe, that the IAF was unusually active on Wednesday morning before the missile strike on Kiryat Shmona.

For example, around 10:30 AM three Israeli F-35 Adir fighter jets flew over the Sea of Galilee arriving from northern Israel and flying low over the largest lake in Israel.

Later, Apache attack helicopters were also seen in the same area. All these aerial activities were rather unusual.

Then on Friday morning, a new barrage of rockets was fired at northern Israel. A military spokesman reported that three rockets landed in Lebanese territory, six hit open areas in northern Israel and 10 were intercepted by the Iron Dome anti-missile shield.

As of the moment of this writing, the IDF is still in the midst of a response with heavy artillery fire.

This time around it came quickly clear that Hezbollah was responsible for the new rocket attack on northern Israel. The Iran-backed terror organization issued a statement in which it took responsibility and said it was a retaliation for the Israeli response to the first rocket attack on Kiryat Shmona. 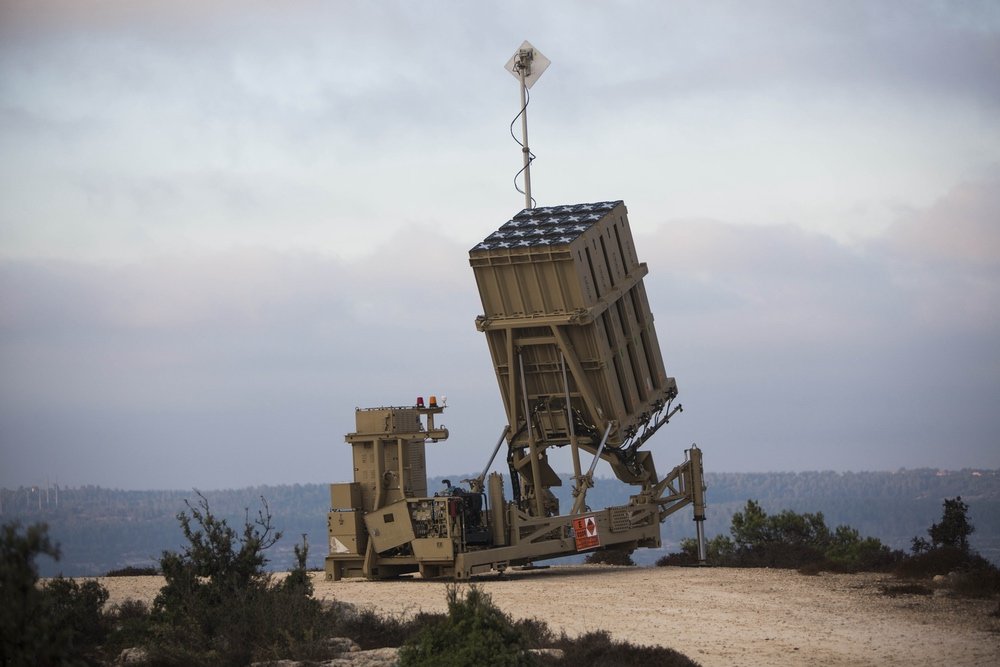 Iron Dome batteries managed to intercept most of the Hezbollah missiles.

The conclusion should therefore be that all these developments are related to the ever-increasing tensions between Israel and Iran, which according to Benny Gantz, Israel’s Minister of Defense, is now only ten weeks away from break-out capacity to a nuclear weapon.

Gantz, furthermore, gave a clear hint on Thursday that Israel is now ready to attack Iran directly over its aggressive activities, but even more so because the Islamic Republic is getting closer by the day to producing a nuclear weapon.

At the same time, the Israeli minister expressed hope that the international community will take joint military action against Iran.

However, international military action seems extremely unlikely given the stance of the European Union and the US administration of President Joe Biden, who still hopes to negotiate an agreement that will bring a change in Iran’s behavior and will delay the country’s nuclear weapons program a few years.