An unprecedented wildfire in the forested hills west of Jerusalem is finally under control and a call for international assistance has been cancelled. But not before a shocking 25,000 dunams (over 6,000 acres) of national forest were scorched.

The fire burned for over 52 hours, and forced the evacuation of more than 10,000 Israelis from towns and villages on Jerusalem’s western periphery. These numbers mean the Jerusalem wildfire was larger in scope and scale than the devastating 2010 Carmel Forest fire.

Fortunately, unlike the Carmel fire, there were no fatalities in this week’s blaze, as some 1,500 firefighters and 10 aircraft worked tirelessly to battle the flames and keep them out of residential areas. On Tuesday they even deployed an Israel Air Force (IAF) Super Hercules to dump flame retardant on the burning forests.

Another thing the Jerusalem fire has in common with the Carmel fire is that officials now believe it was man-made, and suspect an act of deliberate arson.

Channel 12 News reports that over the past several hours, investigators identified two or three places of origin for the fire near Moshav Beit Meir. Given that the fire started almost simultaneously in several places and that there was no lightning or other possible natural cause at the time, authorities are quite certain it was caused by humans. Nor do they believe it was an accident, such as a cigarette being tossed on the ground, as the places of origin are not on any hiking trails and are located in more densely-forested areas without footpaths.

Dr. Yariv Malichi is an ecologist with the Israel Nature and Parks Authority. He explained to the N12 news portal that the type of trees that the Jewish National Fund (JNF) planted in the Judean Hills is particularly susceptible to fire in dry climates.

“Pine trees are much more flammable because of their chemical composition, they are also very dry and tall,” noted Dr. Malichi. “The forests that the JNF planted in the beginning of the state are not suitable to the dry Mediterranean climate. These forests are a ticking time bomb when it comes to fires.”

Adding to the danger is the fact that the hills west of Jerusalem are full of wadis and deep valleys, creating what Dr. Malichi called the “perfect conditions for a firestorm.” 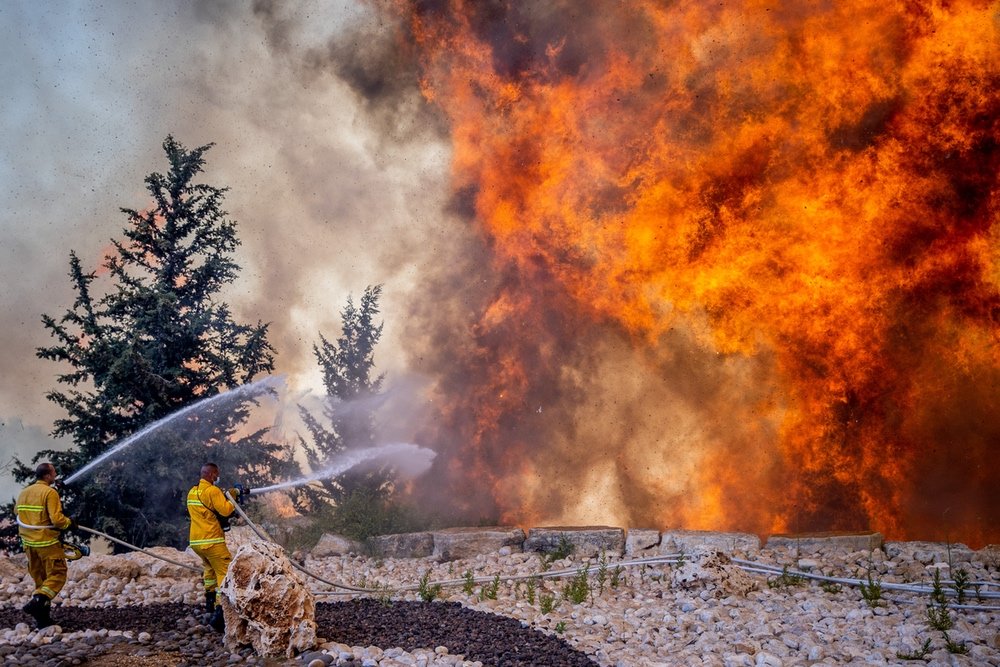 Latching on to the folly of planting pine trees in the Judean Hills, a former Israeli Arab Member of Knesset took to Facebook to blame it all on “the Zionists.”

“Of course there is a worldwide rise in temperatures that increases the risk of wildfires and must be blamed on the global capitalist system,” ranted Jamal Zahalka, “but the immediate culprit here is Zionism and the Zionist state.”

Zahalka went on to charge that the “Zionist colonial project” expanded its control of the land by installing dense European forests, “strange trees that are not suitable to the hot environment in Palestine [sic].”

In keeping with the usual revisionist narrative, Zahalka accused the Zionists of replacing the “old and tested ecosystem in Palestine with a strange new environment, increasing the likelihood of major fires.” 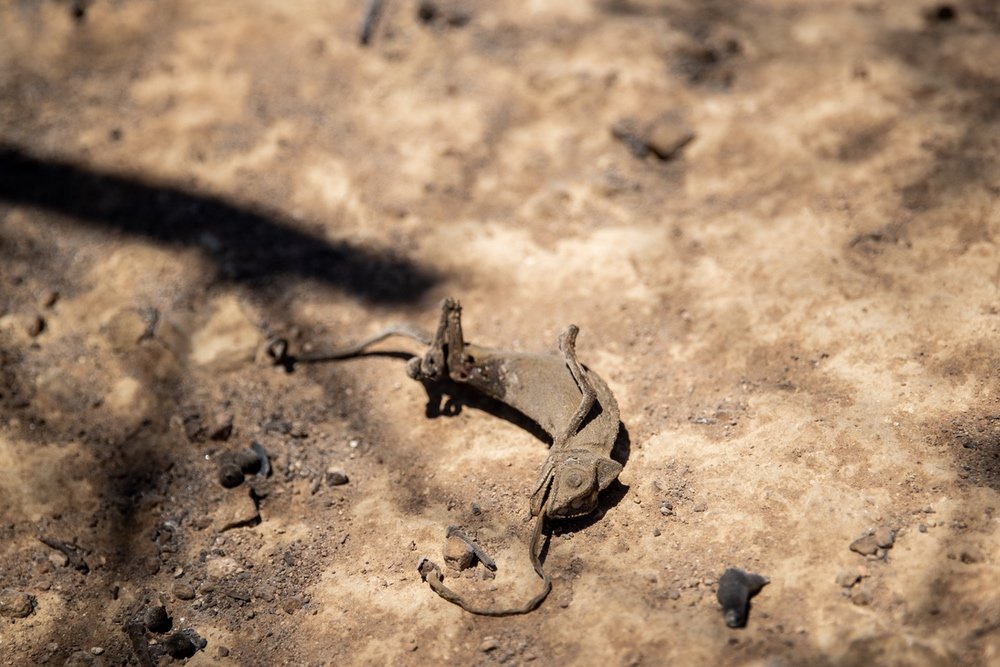 Experts say it will take decades for the forest to fully recover, and another major fire in the meantime would be devastating. Photo: Yonatan Sindel/Flash90

When the Jewish people began returning to their ancient homeland in earnest in the late 1800s, they found a barren and desolate land almost devoid of vegetation, as attested by legendary American novelist Mark Twain following his visit to the Holy Land in 1867:

“There was hardly a tree or a shrub any where. Even the olive and the cactus, those fast friends of a worthless soil, had almost deserted the country.” (The Innocents Abroad, 1869)

In 1901, the Jewish National Fund was established both to purchase as much of the Land as possible, and also to again make it green and able to sustain the returning Jewish people.

Over the past century, the JNF has succeeded in planting over 260 million trees, making Israel the only nation on earth that ended the 20th century with more trees than it began with. But in those earlier, penny-pinching years, the JNF needed a tree that was cheap, resilient and fast-growing. Pine trees fit the bill, and so were planted en masse. That decision was harshly criticized, but many argued that the early forests planted on an eroding, sun-scorched landscape would not have survived otherwise.

Since 1990, the JNF has stopped planting primarily pine trees, and now plants trees more native to the region.