Fortress From the Time of David

Historical find on the Golan Heights

A fortified complex from the time of King David (Iron Age, eleventh to tenth century BC) was uncovered in Hispin. The excavation site is located on the Golan Heights and is the first find of its kind in this area. Archaeologists believe that the fort was built by the Kingdom of Geshur, King David’s ally, enabling more effective control over the region around.

The excavation was part of the usual routine when Israel engages in a public works project like a new highway or water line. Residents of Hispin and Nov, as well as young people from Natur, Kfar Hanasi, Elrom, Metzar and Katzrin all volunteered to help.

Barak Tzin and Enno Bron acted as excavation overseers on behalf of the Israel Antiquities Authority. They describe the unearthed complex as follows: “It is a strategically favorable location on the small hill above the El Al Gorge. Walls made of basalt blocks, 1.5 meters thick, fortified the hill. We are most amazed at a large basalt stone with a schematic engraving of two horned figures with outstretched arms.” 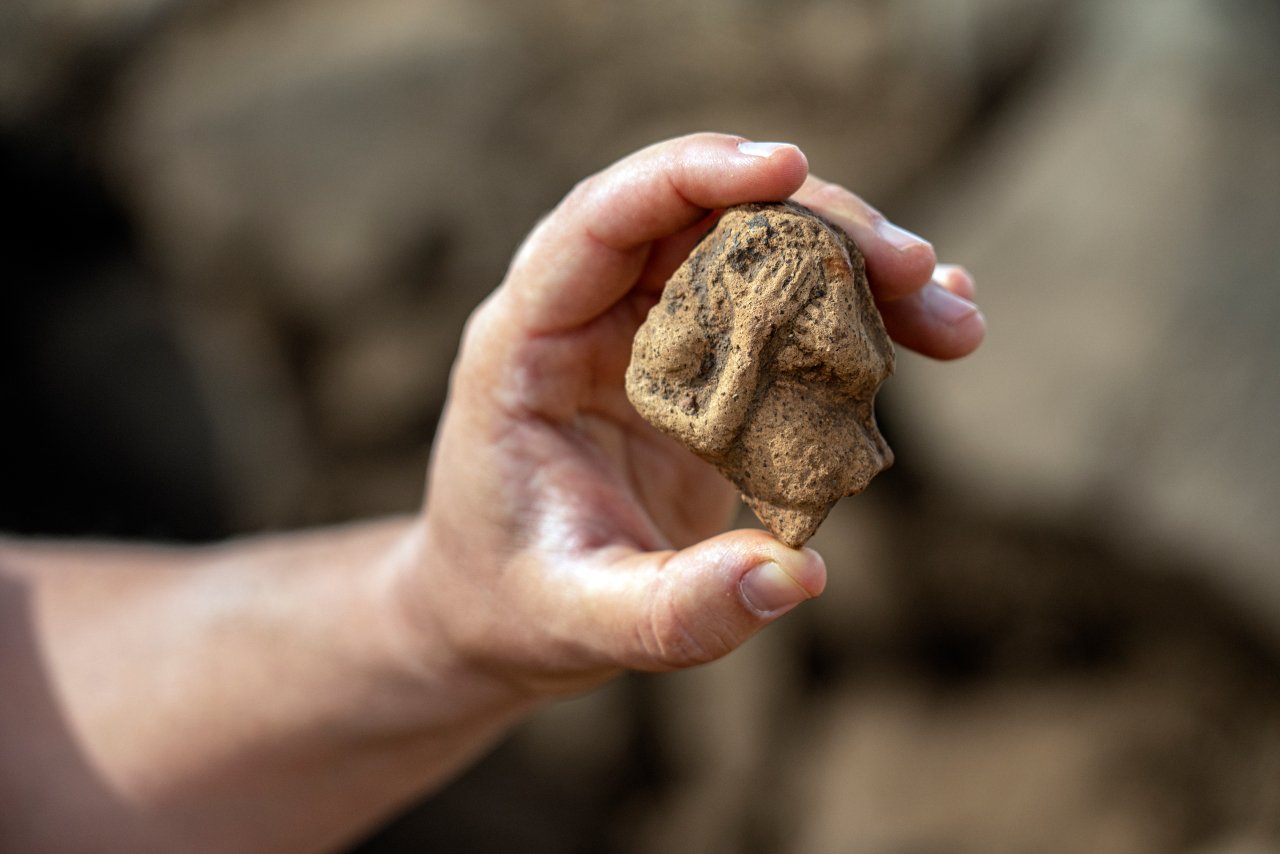 In 2019, as part of the Bethsaida excavation headed by Rami Arav from the University of Nebraska, a figure carved into a cult stone stele was found. The stele, which depicts a horned figure with outstretched arms, once stood next to the city gate. This scene was identified by Arav as a representation of the moon god cult. The Hispin stone was on a shelf near the entrance, and not one, but two figures were depicted on it. According to archaeologists, it is conceivable that someone imitated the Bethsaida stele here.

Bethsaida is considered by scholars to be the capital of the Aramaic Kingdom of Geshur, which ruled the central and southern Golan 3,000 years ago. According to the Bible, the kingdom had diplomatic and familial relations with the House of David. David’s fourth wife, Maacah, was the daughter of Talmi, king of Geshur. Localities of the Kingdom of Geshur are known along the Sea of ​​Galilee, including Tel En Gev, Tel Hadar and Tel Sorag, but few places are known in the Golan. The newly discovered complex in Hispin raises questions about the settlement of the Golan in the Iron Age.

The Ministry of Construction has now changed the zoning plan to make the unique fortified complex accessible for educational archaeological activities. The aim is to ensure that the story is not only conveyed through books, but also through the experience of the work on site in order to strengthen the bond between the young generation and its historical roots.

Beating Antisemitism With a Drum

Make “BLACK” Friday “BLUE AND WHITE” – like the Israeli flag!

From Bedouin Shepherd to Professor