“The atmosphere in our family was probably right,” Professor Jihad El-Sana, the oldest of nine siblings, told me. “Neither of my parents could read or write, but both impressed on us to study. My mother always insisted on checking our homework even though she couldn’t read.” Today, this 52-year-old Bedouin heads the computer science department at Ben-Gurion University in Beersheva and has established a successful start-up with Jewish partners.

Jihad recalls his childhood in the desert, living in a tent without television, as being like a dream. “That simple life brought us brothers and sisters close together. Today, when my four kids don’t have access to the internet for a day or two, they freak out. It’s a different world.”

In our conversation, Jihad described his childhood to me, of living in the unrecognized Bedouin village of Tel Arad, without public services, electricity or water. “I was born and raised in a tent. Our family only moved to Lakiya when I was in the second grade.” Lakiya is a Bedouin village just north of Beersheba in the Negev. The professor still lives there, close to his mother. To date, Jihad has been a Bedouin shepherd, student, social entrepreneur, scientist, professor and researcher. Now he is also a startup entrepreneur, and he’s still getting used to this title. For Jihad, his success is a clear indication that the Bedouin tribes have not only been integrated into Israeli society, but are now also part of the Israeli “Startup Nation.” By the way, on his WhatsApp profile he appears fully equipped in ski equipment on Mt. Hermon. 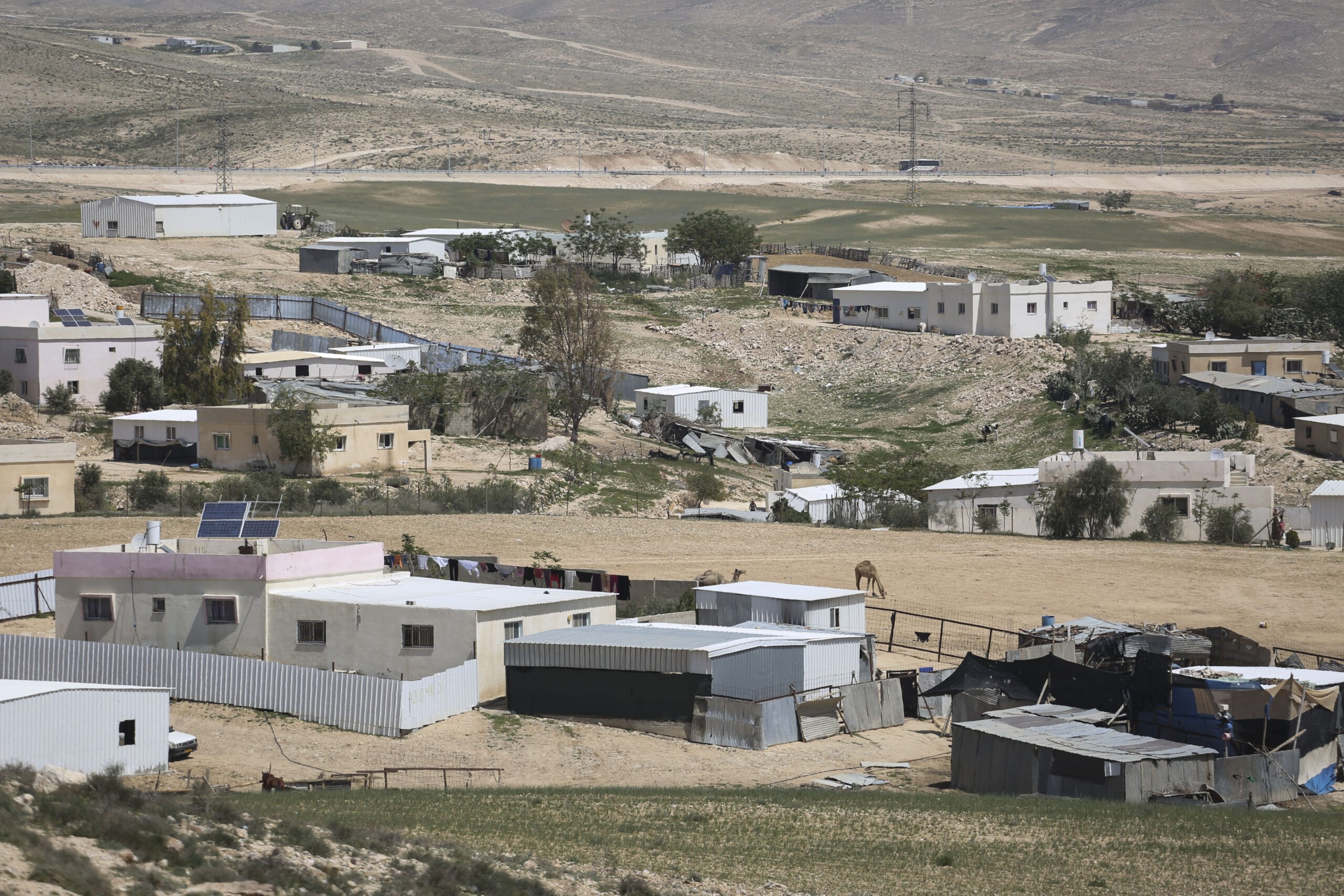 A Bedouin village in the Negev desert

Every day, more than 1 billion hours of YouTube videos are watched, more than on Netflix and Facebook combined. The average viewing time over mobile devices is more than 40 minutes. Each minute, some 400 hours of additional video footage is being uploaded to YouTube, the second most popular social media platform with 1.9 billion users. It’s a hot platform for advertisers.

And this is exactly where the expertise of of Prof. Jihad El-Sana from the Negev, lies. He is an expert in image processing, video, augmented reality, and computer vision. He developed a technology that automatically expands the available advertising space. Using learning algorithms, his unique technology enables the automatic detection of video ads, the calculation of exposure indicators for each ad, and the integration of new ads that are tailored to the viewer and the content of the video. His startup MirageDynamics is creating new video advertising space, enabling content providers and owners of ad infrastructures to automatically integrate virtual ads and increase advertising revenue.

Whenever he discusses new ideas and plans with venture capitalists in Tel Aviv’s modern office buildings, his heart is still with his family, in the desert with his Bedouin tribe. He fondly remembers his childhood, of growing up barefooted on the southern edge of the Judean Desert, near the Dead Sea. “We had to carry in water in metal drums. Life was not as comfortable then as it is now, but it was easy and beautiful. I loved my childhood.“

At this point I shared with him my memories of how, as a young IDF soldier in the 1980s, I had carried out nighttime maneuvers with my unit in the area around Lakiya. All night long we had to follow the stars and find five coordinates that we had memorized beforehand from maps. We had to use the stars to locate these five points. The only problem was that the maps contained no reference to the Bedouin shacks and tents in the area. On the ground everything was different, and we were often blocked by tents or cattle fences, so we had to look for ways around. Jihad laughed remembering well the nights when they had heard soldiers running between their tents. 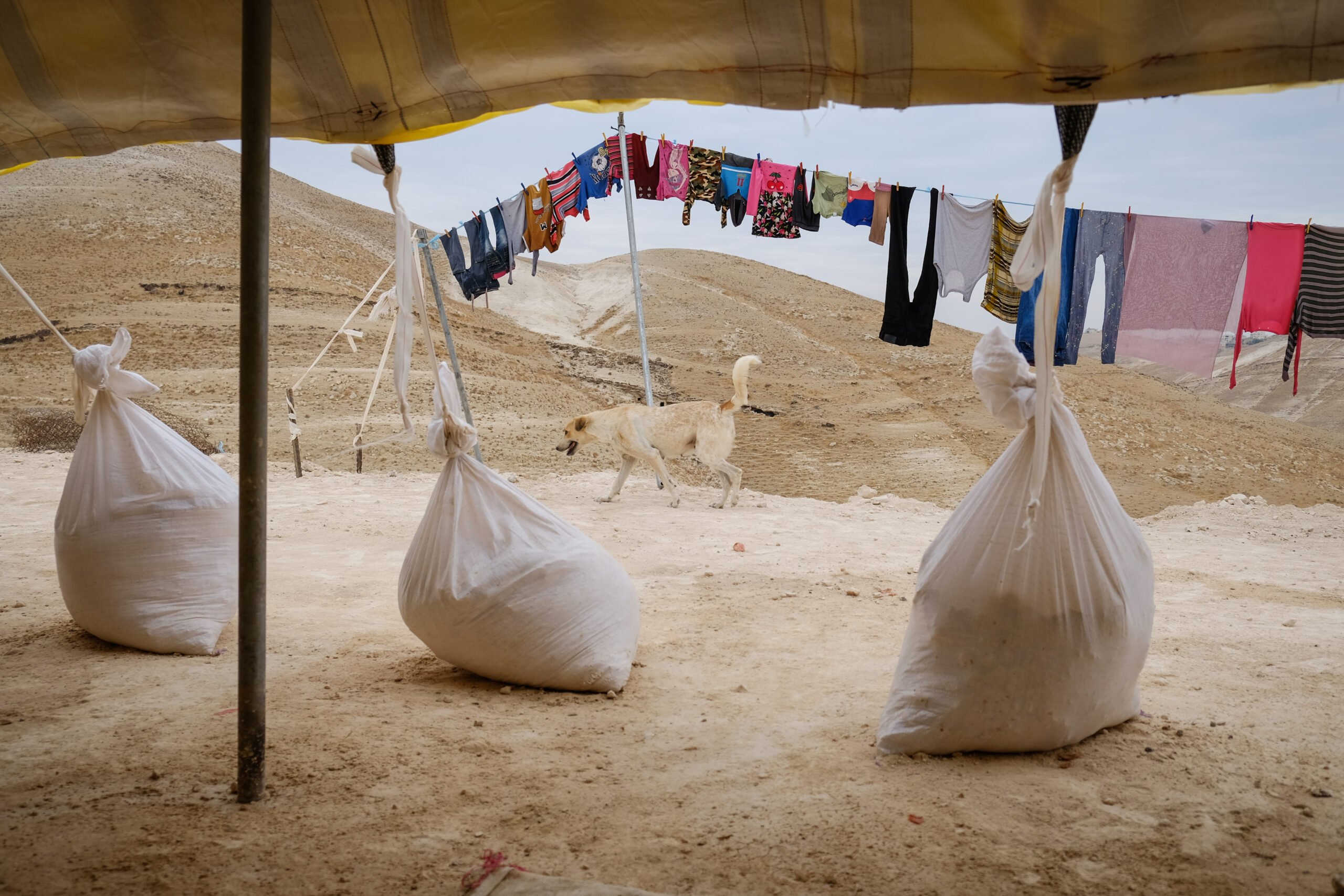 Bedouin tent in the Judean desert

His father had insisted that he get the best education possible, so starting with the 9th grade, he sent Jihad to an Orthodox Jewish school in Haifa. “My father was a simple man who was probably biased toward the sciences. He sent all of his sons to this private school in Haifa. My parents are responsible for our upbringing. And I know that the way we turned out is not common for Bedouin families.” His brother Fuad is a pediatrician, two sisters are teachers and another is Israel’s first administrator of a Bedouin school. Another brother studied international law and lives in the United States, another is a lawyer, another a CPA, and the last is studying to become a pharmacist.

“I earned the money for my studies working as a shepherd of sheep and goats,” Jihad recalled. “I loved this work, working with livestock in the desert.“ He later had to move to Tel Aviv because of his work at Scitex Corporation (an Israeli graphics design and digital publishing company). He completed his doctorate at Stony Brook University in New York and from there returned to the Negev Desert to teach at Ben-Gurion University. Today, he is very much involved in the educational upbringing of Bedouin children in the Negev. He sees his life as a miracle and emphasized several times that every person in Israel has the opportunity to take control of their destiny. He stresses that in Israel, contrary to the surrounding Arab countries, Bedouins have a much greater chance at a brighter future. Working with a group of friends and colleagues, Jihad established a school in the Negev for exceptional Bedouin students. Five hundred Bedouin youths from all of the Bedouin communities and unrecognized villages are studying in the special El-Sana school program.

“People out there just have no idea how difficult it is to start such a teaching program in Bedouin society. We are Bedouin and we still live in tribes. We are a patriarchal culture like in the time of Abraham. To appoint a school teacher who does not come from the tribe where the school is located, but to choose someone according to his or her abilities, even if he comes from another Bedouin tribe or is Jewish, is incredibly complicated in our world.” But today this school is considered a success, with over 90 percent of students completing their matriculation exams. In comparison, on average less than 50 percent of Israel’s Bedouin population manages this. Israel is not only a startup nation that provides unlimited opportunities for Jews, but also for Bedouins.