On the Friday night news show of Channel 13, anchor Ayala Hasson aired an investigation by NGOs Ad Kan and Choose Life showing beyond doubt the close connection between Hamas and the Islamic Movement in Israel, represented in Knesset by the Ra’am party.

Ra’am, remember, received 53 billion shekels from the hands of prime ministers Naftali Bennett and Yair Lapid, which was the price needed to convince party leader Mansour Abbas to support the government. Though Ra’am has just four seats in Knesset, it can topple the government at a whim. Thus, four seats or not, it is Abbas who is now at the helm of the ship called Israel.

The two NGOs that carried out the investigation are monitoring and investigating the alleged collaboration of Israelis with Palestinian terrorists. This is enough for the Left’s power brokers to label them as “right-wing” organizations. And in today’s Israel, being labeled right-wing is enough to be discredited and ignored. This explains why Hasson’s exposé was ignored by the larger broadcasters Kan and Channel 12.

The publicly-funded Kan broadcaster went further than that when it highlighted a tweet by Abbas accusing Benjamin Netanyahu of “recruiting all his troops for a campaign of incitement, mudslinging, division and false accusation.” In so doing, Kan was effectively charging Hasson with being one of Netanyahu’s recruits echoing his dirty spins. 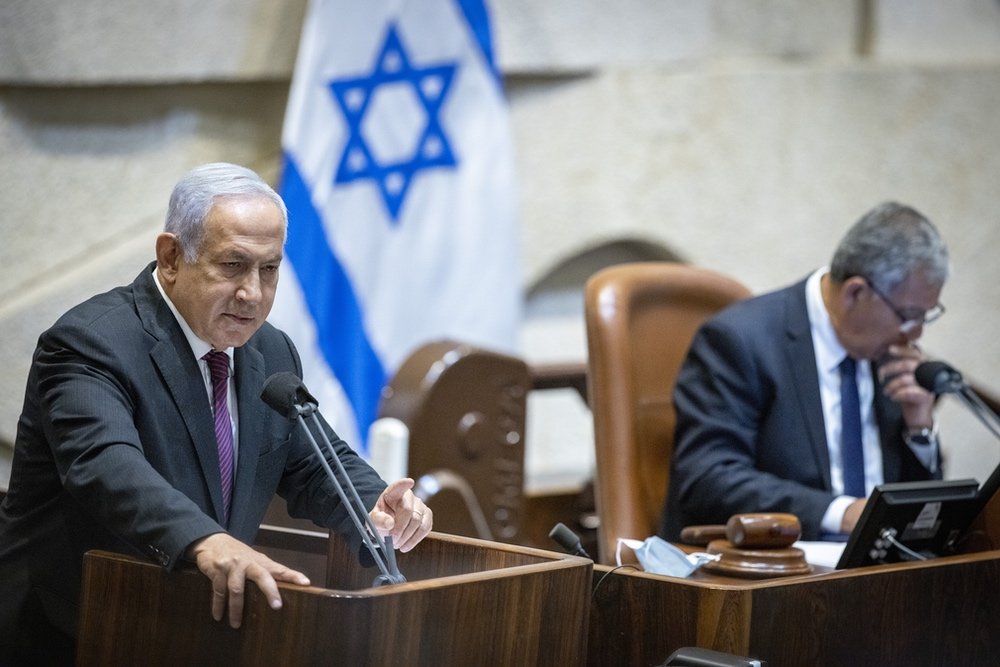 The Kan public broadcaster’s take seems to be that this is all just a dirty scheme by Netanyahu to bring down the new government.

The exposé dealt with an Israeli Arab NGO known as Association 48, registered under the name of “the Islamic organization for the orphans and the needy.” Hasson failed to identify the real name of this organization whose written purpose is to help “earthly populations who are not citizens of Israel,” and thus failed to reveal that it received almost 47 million shekels in 2020 alone. Since such a large sum of money can’t be explained by private donations, one can’t rule out the possibility that foreign governments (Turkey and Germany come to mind) are contributing to its agenda.

Nor can one rule out the possibility that Israeli taxpayer money designated for the Arab sector also finds its way to this “human rights” NGO. This possibility was suggested by Merav H’gag from Choose Life. Following Hasson’s exposé she tweeted: “Who among you would agree for money from the state budget to be transfered to Hamas, to fund terrorists? This is exactly what is happening with the!” The tweet ends with the hashtag #IsraelCommitsSuicide.

With the above in mind, Hasson brings evidence (video clips, correspondence, etc.) proving the undeniable ties between Association 48, Ra’am and Hamas. For the sake of space, suffice it to point out one key figure, Razi Issa, who is a senior member of the Ra’am party, Chairman of the General Assembly of the Islamic Movement, member of the Shura Council, and CEO of Association 48. Issa is also the man who behind the scenes helped seal the deal between Bennett, Lapid and Abbas.

In 2019, Issa visited Gaza for the opening of the Gaza branch of Association 48, and received a warm welcome from senior Hamas officials. In her exposé, Hasson presented her own interview with Issa, in which she asks, “What is (Hamas spokesman) Razi Hamed thanking you for? It’s a simple question.” Issa replied, “How should I know?” 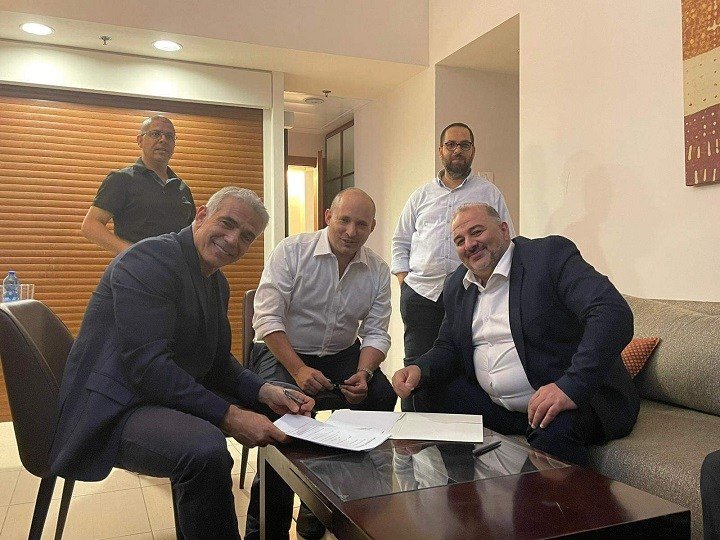 A clip from Hasson’s exposé showing Lapid, Bennett and Abbas sitting. Standing behind them to the right of the frame is Razi Issa. This shot was taken right after the parties agreed to form the new government together and has become somewhat famous (or infamous) in Israel.

Association 48 has a total of 13 branches in Gaza and the West Bank. The branch in the city of Tulkarm, for one, is run by none other than Azhar Shaharur, whose brother participated in the March 27, 2002 attack on the Park Hotel in Netanya that claimed the lives of 30 Jews. Shaharur is serving 29 life sentences in an Israeli prison. Azhar Shaharur’s husband and son are members of Islamic Jihad.

All of this indicates that Association 48 is one among many Palestinian terror-supporting NGOs masquerading as human rights organizations. Just a week ago Defense Minister Benny Gantz included six Palestinian human rights NGOs in Israel’s list of terror organizations. So far, however, Israel has failed to provide evidence about a single Israeli Arab NGO that assists terror in one way or another. Since one finds it hard to believe that they do not exist, one is forced to wonder whether or not the failure of the Israeli intelligence agencies to provide evidence, some of which is available on social networks, is politically-motivated.

This is why I, for one, find the response of the Religious Zionism party compelling. They say that “ties between Ra’am, the Islamic Movement and Hamas were known to Bennett and [Interior Minister Ayelet] Shaked even before the election [and now] hundreds of millions will be transferred from the Interior Ministry to the current budget of the Arab municipalities, knowing that this money will find its way to Islamic Movement organizations and Hamas, and will support terrorism. If there is one person among the Zionist parties of the coalition who still has red lines left, they can prevent the passing of the budget and stop this national suicide.”