Israel was outraged on Thursday when the United Nations demanded it remove from a planned exhibition all references to Jerusalem as the sacred capital of the Jewish nation.

Speaker of the Knesset Mickey Levy is scheduled to meet next week with UN Secretary-General Antonio Guterres at the world body’s headquarters in New York. Israel requested that the visit be accompanied by a small exhibit celebrating the history of the Knesset. The exhibit was previously displayed at Ben Gurion Airport.

The UN apparently agreed to the request, but sent a list of instructions telling Israel to remove various references to Jerusalem at the united, undisputed and eternal capital of the Jewish state. 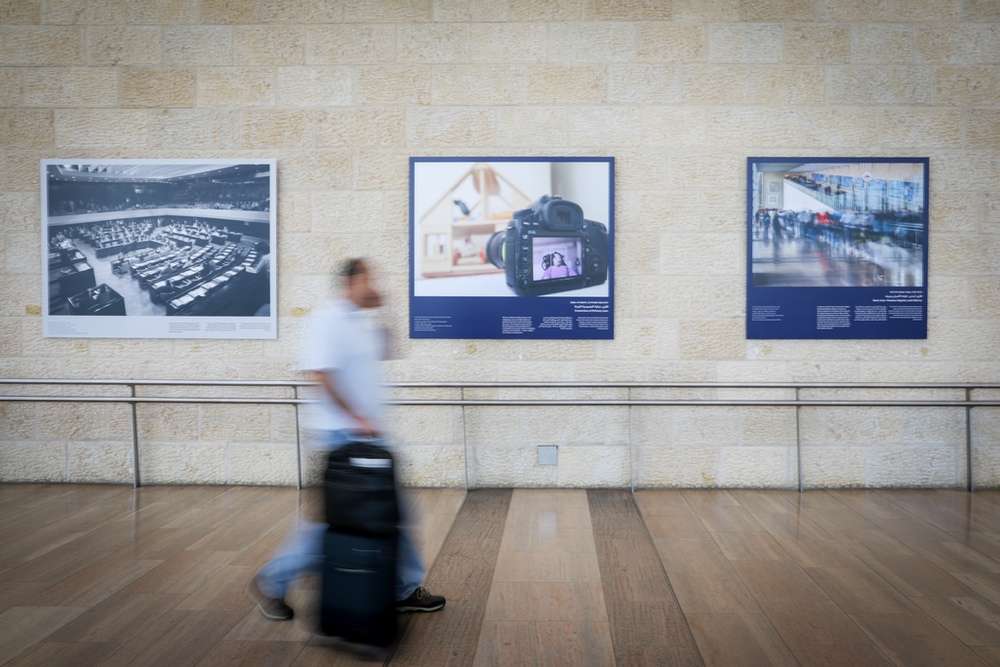 The exhibit celebrating the history of the Knesset was previously displayed at Ben Gurion Airport. Photo: Noam Revkin Fenton/Flash90

Of particular concern to the UN was the exhibit board that deals with the passing of the quasi-constitutional Basic Law: Jerusalem passed in 1980 that officially annexed the eastern half of the city and declared Jerusalem to be Israel’s eternal capital.

The UN instructions ask Israel to “please erase slide 43: According to relevant General Assembly and Security Council decisions, the Basic Law: Jerusalem, Capital of Israel, is not valid from our point of view. This is a most sensitive issue and the information in the slide contradicts international law.”

The UN also took issue with another slide that describes Jerusalem as “the eternal capital of the Jewish people and their holy city.”

According to the UN, “this quote is not relevant to the picture and its erasure will help prevent contradictions with international law and political sensitivities.”

Israel Channel 12 News reported that Israel’s ambassador to the UN, Gilad Erdan, issued a scathing response: “The impertinent demand of the UN to censor the exhibit and remove pictures that reflect our national history is in fact a request to rewrite Israel’s history and we will not agree to that in any way.”

Knesset Speaker Levy has also reportedly said he will not bring the exhibit if the UN insists on censoring Jewish history in the Holy Land.

Bottom line: The Palestinians speak openly and freely at the UN about the “rich culture” of a nation that has never existed in the annals of history – a work of pure fiction – while the Jews are forbidden to present facts well-documented in many forms, not least of which in the pages of the most widely circulated book on earth – the Bible!